Festive tradition that adjusts and keeps on going 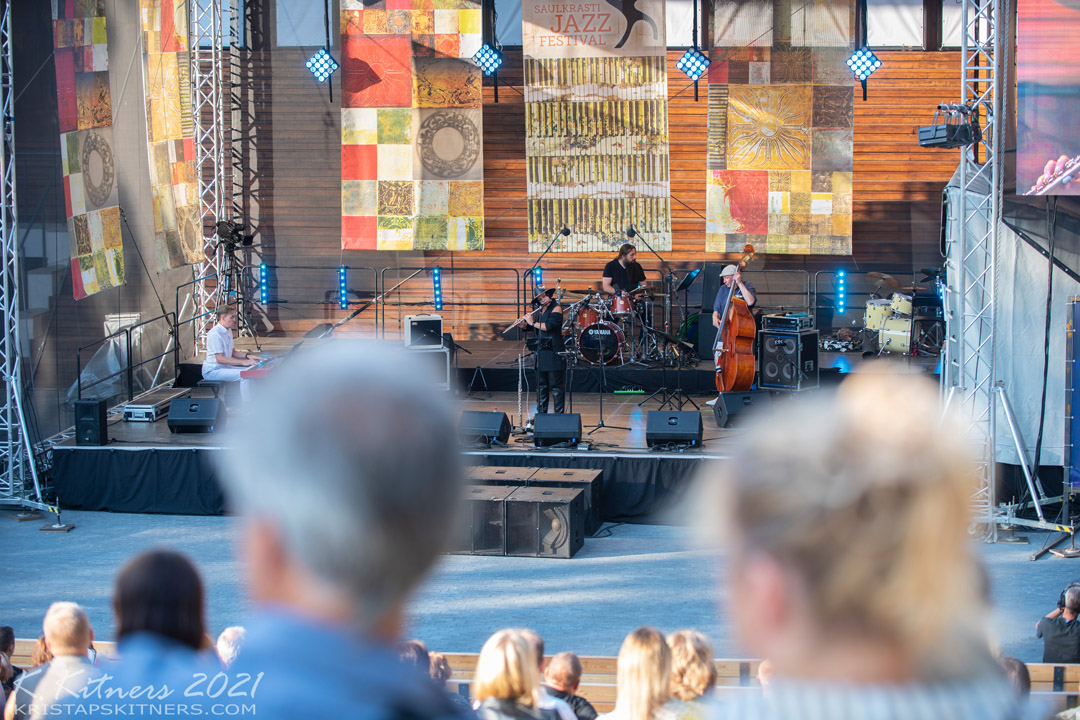 Just as every year (except the last one which is no surprise to the music industry) in the middle of July the twenty-third «Saulkrasti Jazz» festival took place, gathering hundreds of jazz music lovers in Saulkrasti to listen to Latvian and foreign musician concerts programs, carefully selected by the organizers. This year the event took place for only three days instead of a week and didn’t feature the usual part of it — week-long workshops. It also happened in the renovated Saulkrasti city open-air stage instead of Minhauzena Unda, but three evenings with three concerts each became a compromise of the festival founders with what’s happening in the world. And I have to say the compromise was absolutely successful.

A couple of days before the festival began one of its founders Tālis Gžibovskis told me on the phone that the main message of the festival is a camp and six concert days with 24 — 25 bands, so this year’s feeling is completely different, although he’s happy it can happen at all. After hearing many nice listener reviews about the first two festival days with the Jelgava big band, Ilona Kudiņa’s «Baltic Transit», «FunCOOLio», «Shob» (France), «Sooäär / Yaralyan / Ounaskari» (Estonia/Armenia/Finland) and «Markus Gottschlich trio feat. Yogev Shetrit» (Austria/Israel), I took my friends and went to listen to the third and last day’s concerts.

Upon our arrival to Saulkrasti we all admitted we miss the usual Minhauzena Unda venue mood that we already got used to, but the renovated city stage worked quite well for the festival. It was also no major surprise that some of the band members couldn’t fly in due to the epidemiological situation and it’s quick changes — we just have to hope the moment where this «new normal» will be our past happens sooner.

The closing day of the festival was opened by the drummer Mareks Logins quartet instead of a trio — Mareks himself and a pianist Anna Wibe were joined by a guitar player Āris Ozols and bassist Pēteris Liepiņš on stage performing jazz standard arrangements and original music by the quartet members. I’d like to pay a special attention to Anna Wibe’s pleasant original compositions (her album «Vibes», recorded with the Estonian coursemates, still sounds in my ears), as well as — that’s not included in her album — one of her first solo singing experiments that attracted the listener’s attention. Anna was singing «I Can’t Help It», Michael Jackson’s well-known song, accompanied by her colleagues — she sang it closer to Gretchen Parlato version, its lyrics quite well resonated, speaking of love towards life and music. Against everything that was happening around, it suited the jazz festival mood really well.

«Sketchbook» quartet from Wienna call themselves a post-jazz band in their official releases, mixing jazz sound with chamber music and progressive rock. If I remember correctly, they were announced as a jazz quartet with folk music elements from the stage, and, whatever the musical style proportions were in that cocktail, the performance of the guest artists was really enjoyable. Soft melodic ballads were interchanged with nature sounds depiction and free jazz that was pleasant to the ears. The beginning of the concert where a wind instrumentalist Leonhard Skorupa began singing and exhaling various sounds into his saxophone playing it at the same time immediately triggered an association with the last autumn Arvydas Kazlauskas ans Liudas Mockūnas duo concert recording in a peat swamp by «Jersika Records» — there the Lithuanian saxophonist Liudas was pouring water into his instrument, blew loudly and shouted into it while playing, and it made the listeners observe this intense performance until the end. This quite free attitude towards playing the instrument during the Austrian quartet concert has resolved into quite a melodic composition, leaving the listeners smile while feeling grateful (maybe even a bit relieved). 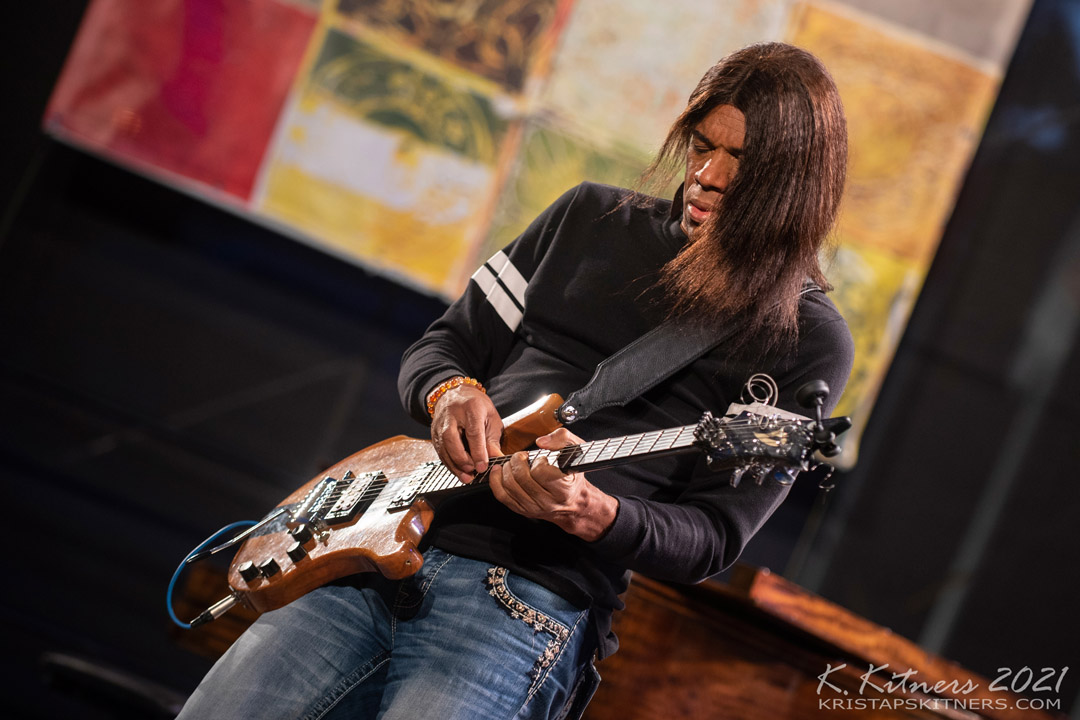 And speaking of smiles. When a musician that was really awaited by the listeners (or even the one whose concert you stumble upon by accident) talks to the audience from the stage not smiling any single time, you have lots of questions and guesses, not all of which are pleasant. Although this was the way the sixty-one year old, four times Grammy nominated guitar virtuoso Stanley Jordan was behaving on stage. However, this became less important quite soon because a masterful interplay of the quartet and guitar solo by Stanley were really worth attention. Speaking of the absolutely free manifestations of music, I remember a bright duo of the drummer Gabor Dornyei and percussionist Kornel Horwath, where both musicians were also rhythmically singing. And the unforgettable part of the evening was Jordan himself who (both solo and accompanied by the quartet) sat by the grand piano («Steinway» suited the Saulkrasti stage at sundown light!), played his electric guitar with one hand, the piano with the other hand, and sang along it all. And if there was any listener in the hall not persuaded by his top-notch multitasking skills yet, his right and left hands were also changed. Within one composition as well.

Concerts that leave the listener in a pensive state of mind are among the most valuable ones. A three band cocktail that night left some nice thoughts, the co-founder of the festival Raimonds Kalniņš in his aftershow picture with Stanley Jordan quartet was smiling widely, «Saulkrasti Jazz 2021» looked a success, and the audience left definitely waiting for another year. With gratitude for all that could happen and high hopes for the next year.