Consistency as a keyword of a Danish double–bassist

Kenneth Dahl Knudsen, who believes in hard work instead of talent 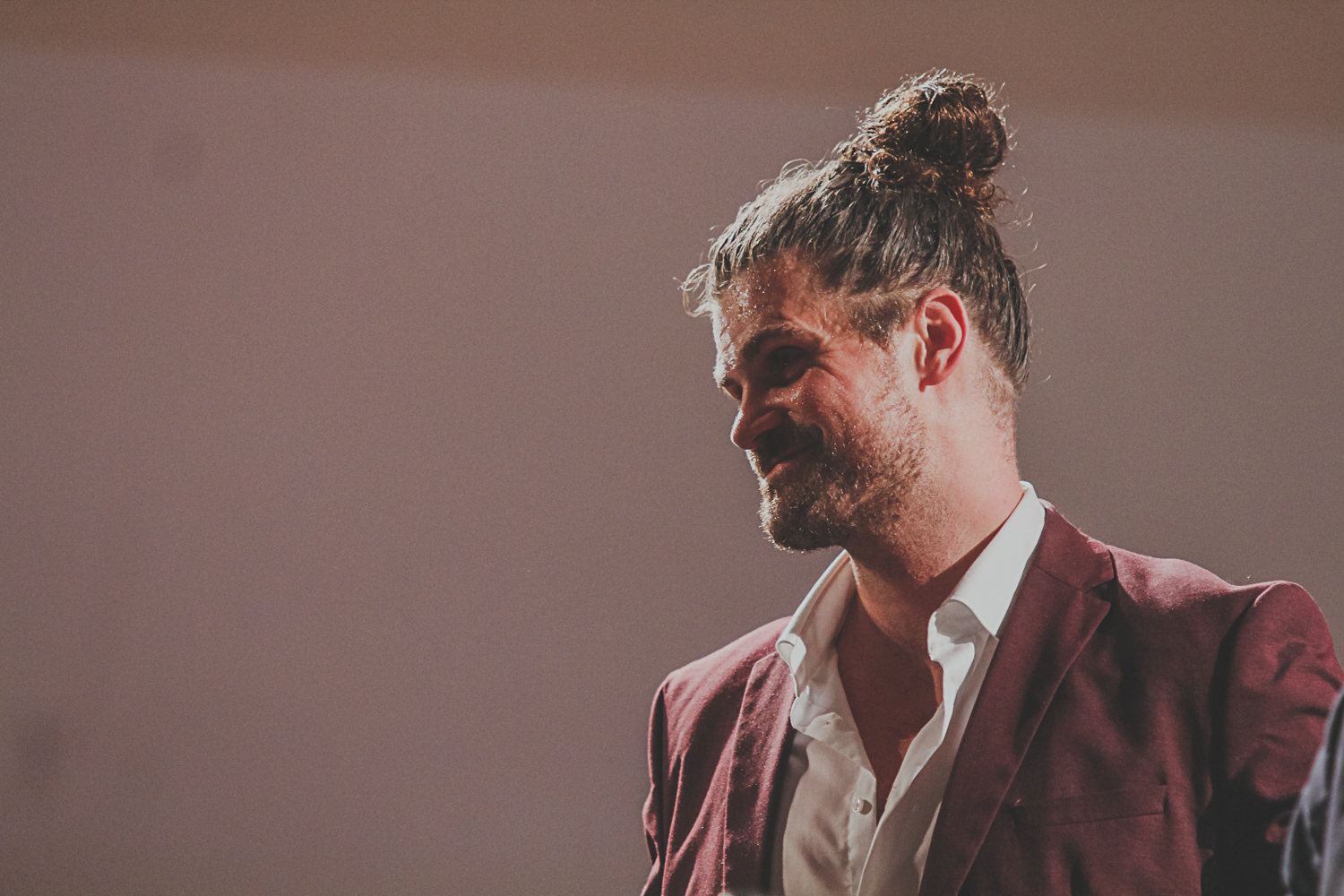 This was planned as a road interview — we had to literally be on the road, going from Tallinn where he has presented his newest album to Riga where he was playing it to the Latvian audience. He landed in Riga on Thursday night at 11 p.m., checked in at his hotel, went to a jam session at midnight to support the local jam community, woke up at 6 a.m. next morning, did a TV show, then did a radio show, then did a workshop at the Latvian Academy of Music on music industry, then drove to Estonia for 5 hours, making his international musicians quintet play a metric modulation polyrhythms game on the road, then did an amazing album presentation, then allowed himself to admit that he was tired a bit for the night. We’re talking for the record in Vilnius instead, right before his third Baltic concert, with people standing in line to enter an already sold–out Jazz Cellar 11.

The man inspires. It’s enough to see him once to trust he’s a hardworking person, but it’s enough to see him play once to fully believe in his music after immersing in it. Touring, teaching, composing, arranging, coaching, doing projects, uniting people in all sorts of line–ups from acoustic trios to large refugee orchestras and making the Danish government believe his projects are worth it — I’m lucky enough to be on the road with a Danish jazz double–bassist Kenneth Dahl Knudsen touring the Baltics.

So how and when did you decide to do music?

My mom played piano at home when I was little, teaching me some things on it. During my school years I started playing drums and saxophone, and then one day they needed a bass player at the music class. Then it hit me — that’s what I’m going to do for the rest of my life. I’m not sure it’s that important which instrument it is — I could have been a saxophone player. But things just turned out differently — and then you just grow into that role.

How does the solo playing resonate in you? I’ve heard you play solo shows.

I like it. I have an instrument that sounds beautifully. The bass and its strings vibrating — it’s super weird that it’s possible to make music with it. I like the bass when it stands alone, but it’s challenging. Playing two notes, playing harmony on the bass, and then playing a tune is difficult. When all these factors come together, that makes solo bass a difficult thing, but it’s interesting.

Since choosing to become a musician, devoting all your life to that — do you ever regret that?

No, but I had a lot of bad days and sad days, where I just wanted to be a carpenter. You know, a real job. Cause there’ve been days when I was struggling way too much. I didn’t have any money and had to call my parents, asking to lend me some. That just hurt. Sometimes I thought — am I really this stupid? That’s the reason I was so focussed on being able to make a living out of playing music before I start a family. I really didn’t want to struggle with having a kid to take care of. I never regretted it, but sometimes I cursed the music business. But you learn from that, right? You grow through tough times.

What are the things you’ve achieved that you’re the most proud of?

Well, I played a beautiful concert in Riga last night. I could be specific and name you concerts here and there… But what I’m proud of the most is my network: I have friends all over the world. That’s so important to me. I’m also proud to become one of the youngest teachers at the conservatory, do music and bring people together. The little things. If someone cries during my ballads, if someone smiles during my fun songs, that’s something I’m proud of. All the other things just follow. Putting up albums is just a part of your creative output.

35 countries on your account. Which ones do you feel the most comfortable in?

I think, the Baltics. I’ve started touring the Baltics later in my career than some other countries, so it was easier to create a good environment. People here show interest I don’t find anywhere else. The vibe in general is just good. Apart from that, I also like Japan.

When there’s so much work and so much touring, how does your family accept your lifestyle?

Right now my girlfriend is alone with our daughter for four days, it’s been tough. But we’ve made an agreement that I can tour for five days a month. In Denmark I can do whatever I want, as long as I come home to sleep and be there for them. I love that idea — it means that I can plan a year ahead. Just 5 concerts per month, and my calendar is quickly full.

Wow, that’s some planning. What does the best day off sound like to you then?

Family time for sure. Maybe doing some sports with my friends. Football or boxing. But now, it’s obvious, family time with my four–month–old daughter. 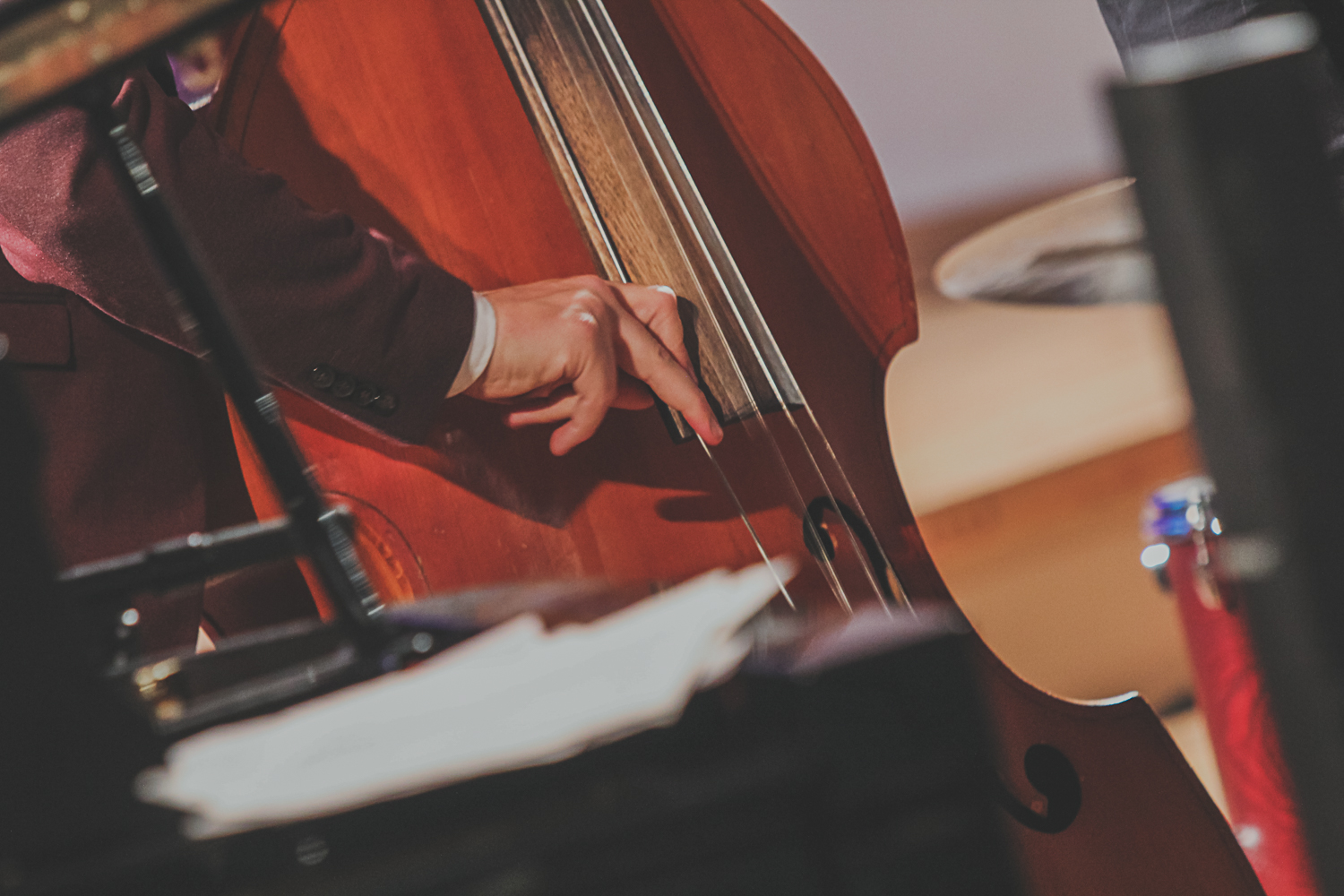 Where would you like to be when you’re 60, for example? What’s still to change?

I see myself just the same as now. To be honest, I’m super lucky that I already do live a life that I want to live for the rest of my life. I want to play concerts, write music and teach.

Have you ever been scared of something? Not talking spiders here.

Why? I am scared of spiders! (laughs) To be honest, I’m scared of losing the grip. Not being able to balance everything. I’m scared that people will be disappointed in me, especially people that either work for me or are close to me. There’s a lot of things going on in my head, and there’s a lot of things I need to be in charge of. I’m scared that people can see through it. I’m scared that people will find out I’m not the most amazing bass player or composer in the world. But I think every artist feels like that. Because I can see through myself — I can tell instantly when I’m playing bullshit on the bass. And my biggest fear is that someone else can see it too. I know I can do things on the bass that impress people, but that doesn’t come out of emotions, that comes from craft. And then it’s bullshit, it’s just exercise.

So the common discussion of being very technical or being very emotional: which wins?

Emotion, for sure. Victor Wooten, the bass player, said it very nicely one day: he said that all this flashy stuff is just an icing on the cake, but there has to also be a cake. There has to be some willingness in music, and then you can add things on top.

What’s the most difficult part in teaching?

I think it’s always a challenge to be able to lead people on the right path. To take care of them. I don’t want to force my students to do what I do, but that would be so easy, because I know how to do this. But we’re all different, so I have to adjust to every single student.

If you could, what would you change about jazz in Denmark?

I would love to make it less posh, more a folky thing. Part of everyday life and something you can just attend easily. In Denmark it’s posh and it’s expensive to listen to jazz. A high–class thing doesn’t work. Jazz is not about wine, fine tables and dining. It’s about beers, dancing, shouting and … life.

You were in Latvia with your workshop a couple of days ago. People have told you what the industry in Latvia is all about — what would you change here?

Latvian jazz actually has a thing. I think it’s rough, raw and nice. I would do something about the business. It doesn’t look like you lack audience — it seems like there’s a lot of listeners here. I would come up with new business models, and I would teach students how to make a living out of playing music, because it seems like they have no idea, at least the ones I’ve talked to.

Back to philosophy: what does it take to be happy?

I think it’s purpose to what you’re doing. Finding a meaning. Security, whatever that is — money or family. And then, if you have those two things, you can do anything in the world. If you feel safe and if you feel there’s a meaning to what you’re doing. I grew up in a home that was so safe — that is why I can do stupid things today. There was always someone to catch me. Now my mom died, but I have my girlfriend and my daughter to catch.

I feel so lucky that I get to do what I do. I’m so happy that I’ve conquered the first boundaries that everyone has when they’re trying to do something like this. When they follow their dreams, the beginning would seem almost impossible. But I really think that if you’re consistent with what you do, it will happen. And it just gets better and better, easier and easier.

For example, recording the first CD was a nightmare. I didn’t have any money, I took a loan in the bank, I couldn’t really play bass… But you know, it’s a stepping stone. You have to practice, you have a loan, so you need to make a lot of money to pay it back, so you practice again. Then the next CD is going to be so much easier. And now it’s the fourth one, and I feel like I’m growing. Consistency is definitely a keyword for me. I also really like to make things obvious. I think there’s a lot of bullshit going on with people talking about music business, jazz musicians, as if it’s something magical, something you can’t explain. I always try teaching my students that you can actually explain everything, there’s no magic in this.

I don’t believe in talent. Maybe there is something called «talent», after all, but if I start believing in that, then either I put myself in a position where I’m better than everyone else, or worse. Believing in the talent doesn’t do anything good for anyone. It’s nice if it exists, for the ones who have it, but you can’t use it all the time — you cannot be better or worse than anyone else, you’re just you. The more effort you put into what you do, the better you become. And I really like that way of thinking. It’s so simple. It’s like going on a diet — I did that a hundred times. That’s also something that annoys me: there’s a hundred different diets you can do, but the less you eat, the less you gain, and the more you exercise, the more you lose. And I try to put those thoughts into my music as well. And I hope it works. 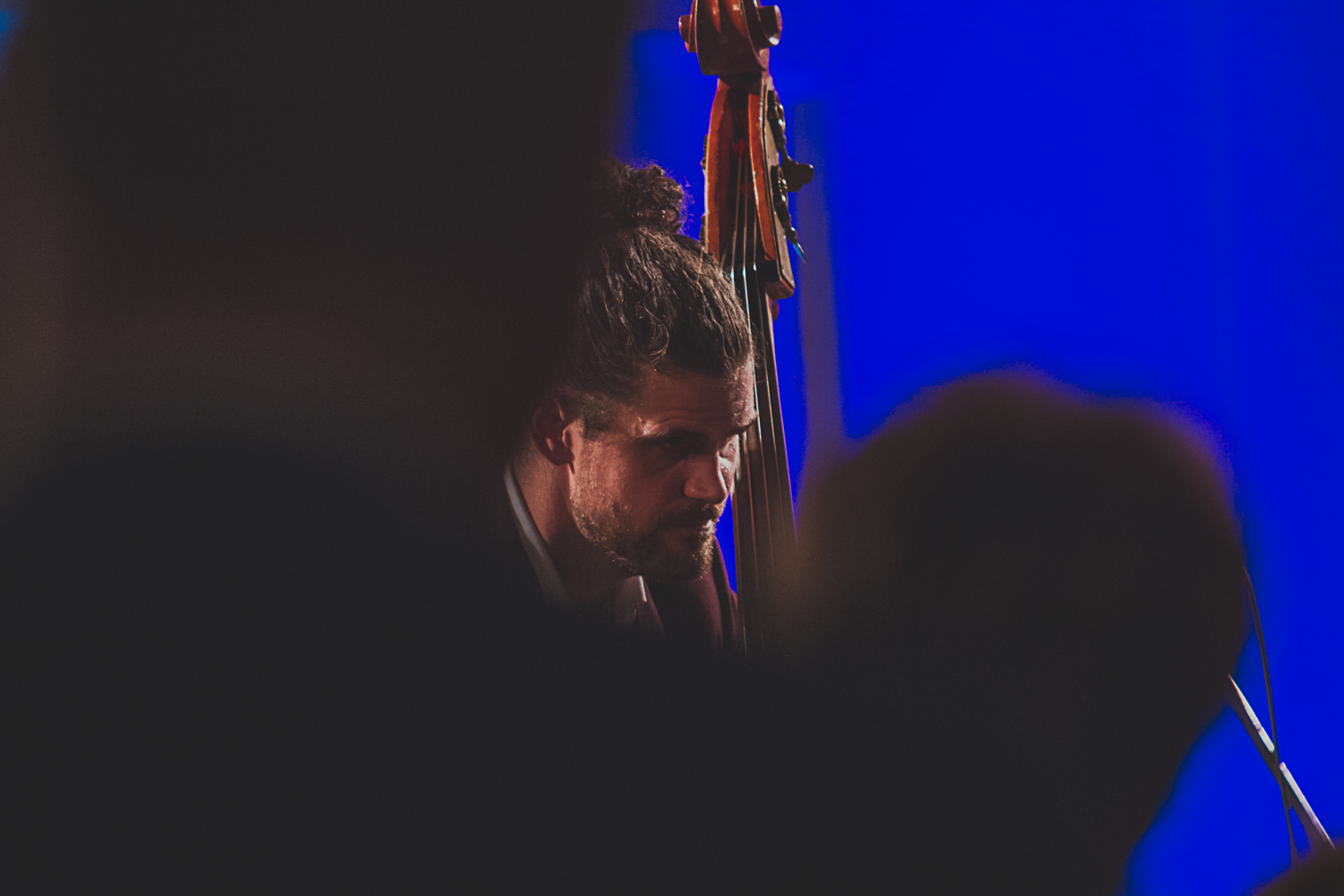