About home and being in the moment 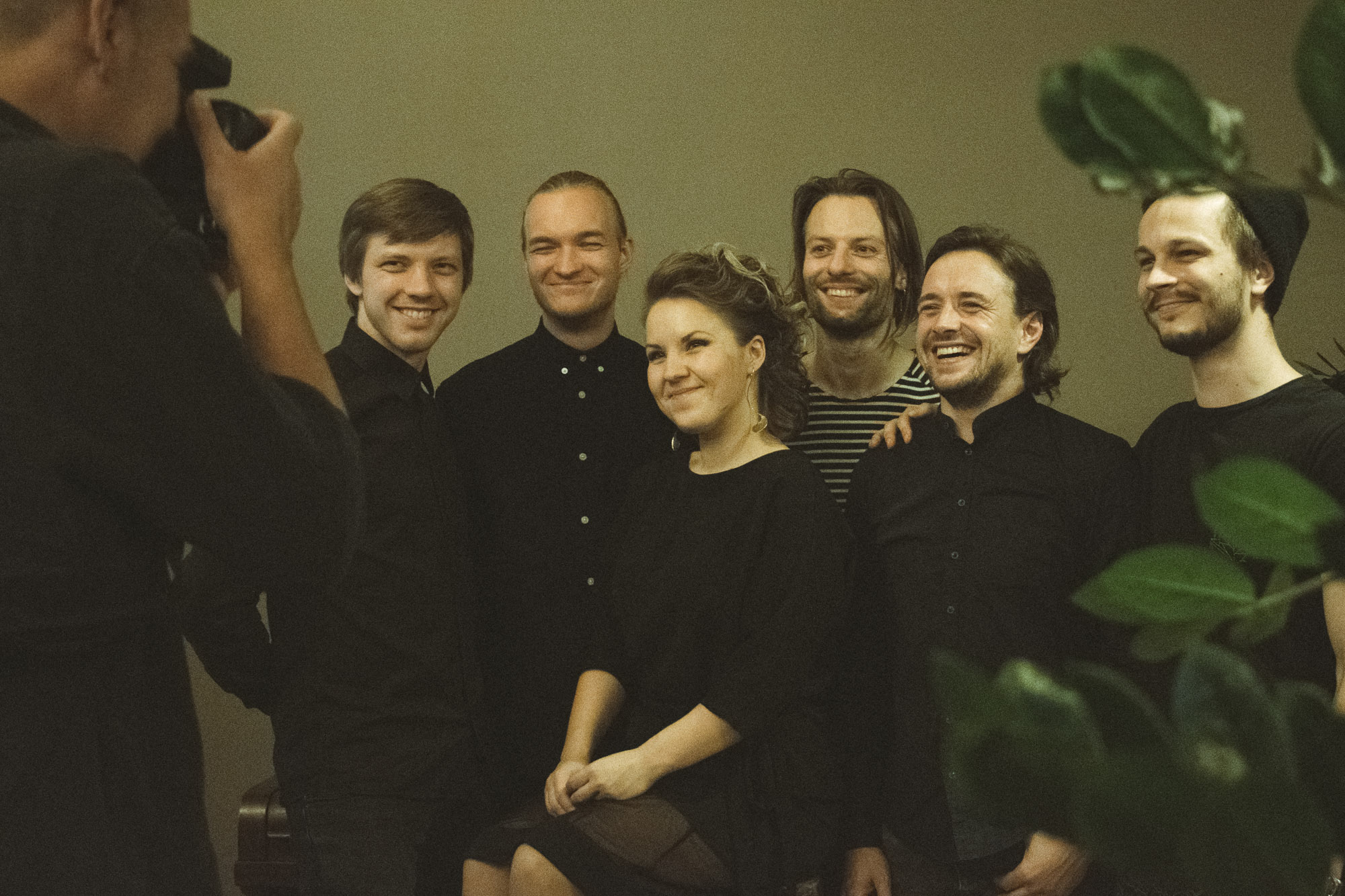 A Warmer October is a representation of the first steps of a young Latvian singer and composer Kristīne Prauliņa in the direction of original music. An EP consisting of 4 tunes is both content–rich and full of emotions. A lot of musicians nowadays choose to state themselves in this specific format, because apart from serving it’s demonstrative purpose it is less risky, because the less tunes you have, the less time you spend in the studio, the more finances you need. Although in this case it seems that Kristīne has chosen this way for an entirely different reason.

The title for the EP was chosen, as it seems, not randomly — it was recorded in July, released in late October, thus taking something from both these months. The musical material itself seems to also have this duality — a warmth in the coldness. The music balances between the styles of soul, R’n’B and Singer–Songwriter, where the nord–ish way of performing the same tunes cools the hot genres a notch. The album’s musical layout reminds of a short story that is lead by Kristīne up until the point of «the moment of being».

In this EP Kristīne has surrounded herself by 4 very talented Latvian musicians. Each of them has a bright personality and their own mind didn’t prevail but rather served to enhance the singer and her musical ideas, and that fact pleased me the most. Toms Mikāls plays the keyboards, Jānis Kalniņš the guitar, Valters Sprūdžs the bass and Kaspars Kurdeko — drums. An interesting fact is that every single musician (including Kristīne) is somewhat involved into jazz, thus they have a very good understanding of how to listen to each other and reach in a blink of an eye. 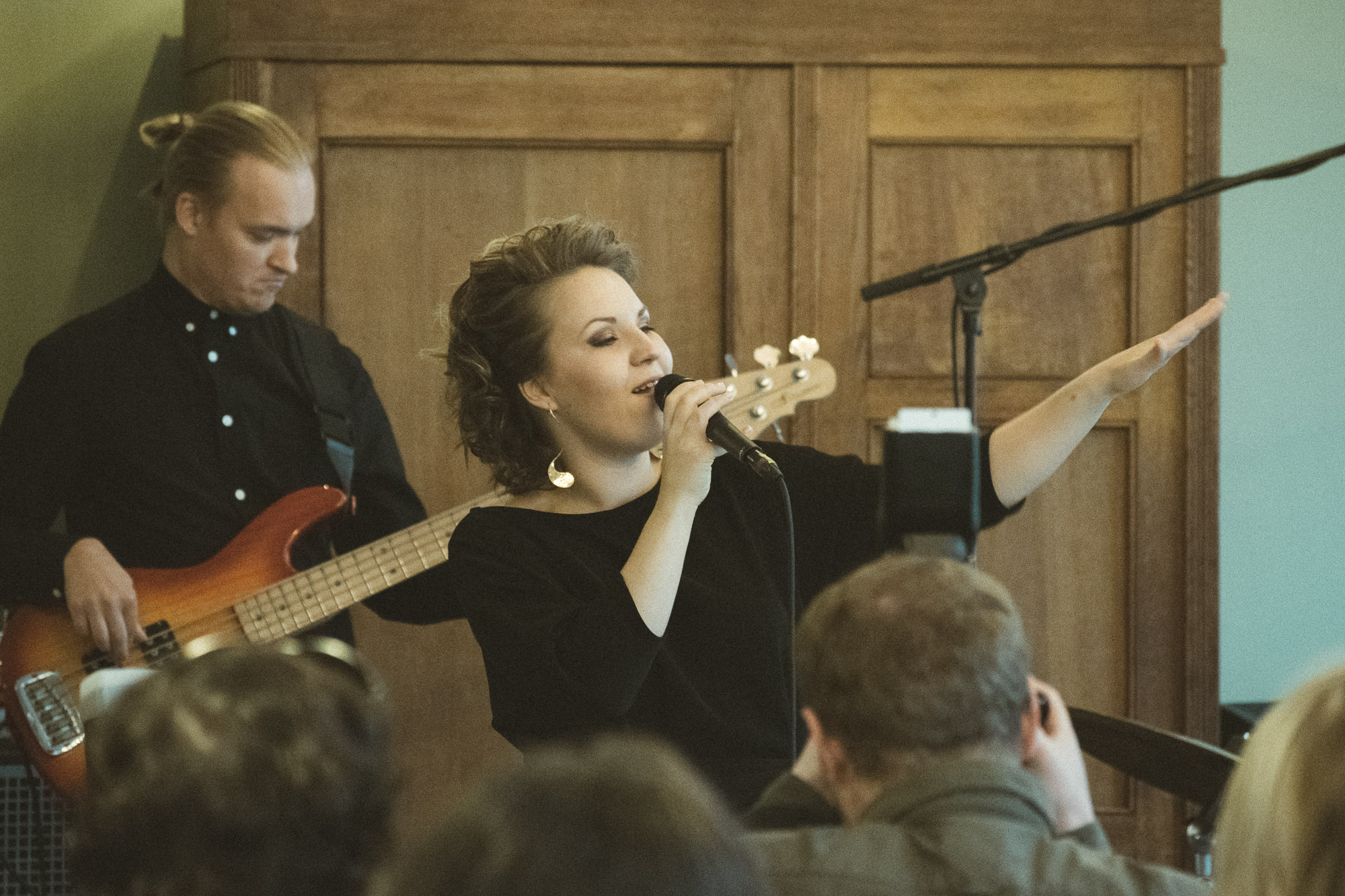 «Simple Things» represents a modern approach to soul music. Kristīne’s airy and relaxed phrasing fits well in the style and as the most logical thing in this situation the tune is following this advantage of hers. The arrangement has a lot of space that allows the singer to show different nuances of her timbre. During every second of the tune the music is played with high precision, not a single moment spent with uncertainty or doubts. A tasteful guitar solo brings back some forgotten elements that were frequently used in the pop music genre of the old times.

«Stuck» is a slow and bluesy tune that consists of three episodes. The chorus has a more pronounced link to the influence of gospel music that Kristīne has been a part of for a long time. A dark and lazy bass, bluesy piano compings, crunchy guitar and, of course, a warm and luminous imitation of a gospel choir. A verse is more ascetic, it consists of only the most necessary harmonic and rhythmic information. When the verse sounds for the first time, we can hear only the ensemble of drums, base and guitar. During the second verse the piano joins the band in working through the harmony. The third and the last episode is a contrast to the rest of the tune with its rocky bass and guitar unison (a performance of an identical musical material by two or more instruments), and on top of that there’s an intensive singing by Kristīne and a guitar solo on the background, which forms a pretty chaotic texture.

«Home» is the most eclectic tune out of the four. It travels through soul, pop and also indie music elements, doesn’t find a home in any of those, which makes the tune so enthralling. Kristīne herself describes her music as «something alive, full of movement, and touching». This tune is the best example that can describe the ability of Kristīne to exist in several colors of music at the same time, to be multilayered and free. 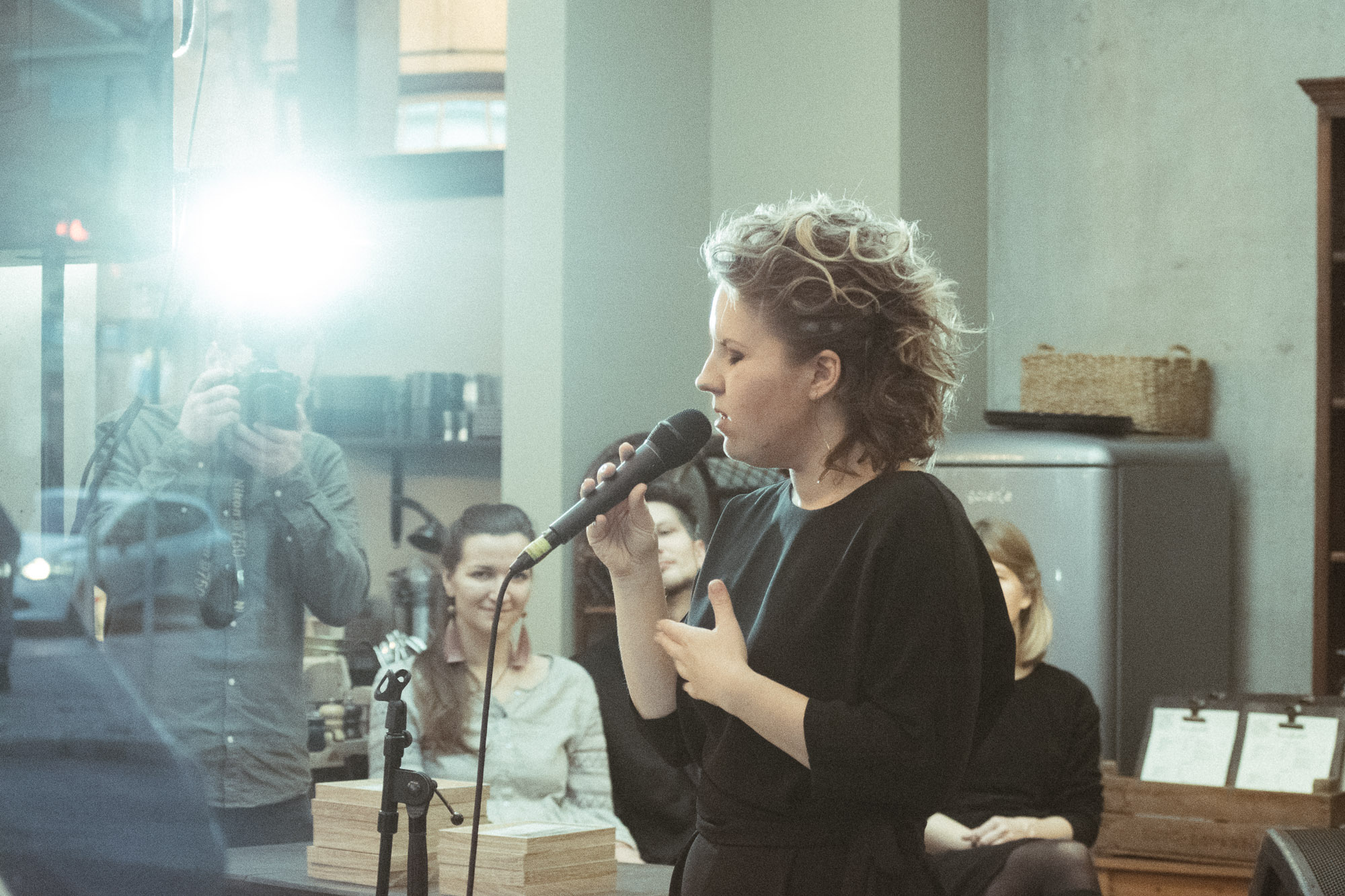 «The Now» is a closing tune of the EP. A minute long laid back piano helps to set the contemplative mood. It is significant that the first lyrics of the tune are: «What a lovely way to end the day». The tune is a warm and cuddly ballad where the drum brushes and a fretless bass create comfortable and wide space for Kristīne to establish her place and for Toms to light things up by his piano harmonies. After a small interlude Toms plays a bright but gentle solo that morphs into the chorus. A thing that in the beginning was used as an instrumental motive further gains a vibe of an anthem and choral dynamics, that ends the tune on a «high» note.

Referring to what I already said in the beginning, it seems that the singer has chosen this specific format of an EP to express herself more precisely and succinctly. «A Warmer October» is a very good–natured and sincere EP, which was created with love and truthfulness in hearts and minds of the musicians. The order of the tunes is very well thought through, it makes a short story in four parts. A singer invites the listener to be in the places we love, be together with the people that are easy to be with. She invites us to be here and now, to listen to yourself and accept yourself just as you are right now, in the moment.