Hiphop, a poem, modern jazz, video projections and Aspazija’s poetry — how Beāte Zviedre made a unique production out of an ordinary final recital

It’s no secret that jazz in Latvia has already developed to the point when the listener can choose to listen to something new and exciting every day. This year’s May is a proof of that — 5 distinguished musicians graduated from the Jazz Music study program of Jazeps Vitols Latvian Academy of Music. As usual the final and main exam of the Master’s degree program is a concert, and I would like to draw special attention to one of the performances. This performance is called Jazz sings Aspazy, and we asked the author of the project, jazz singer, member of the band FRAMEST, Beate Zviedre to tell us about the concert. 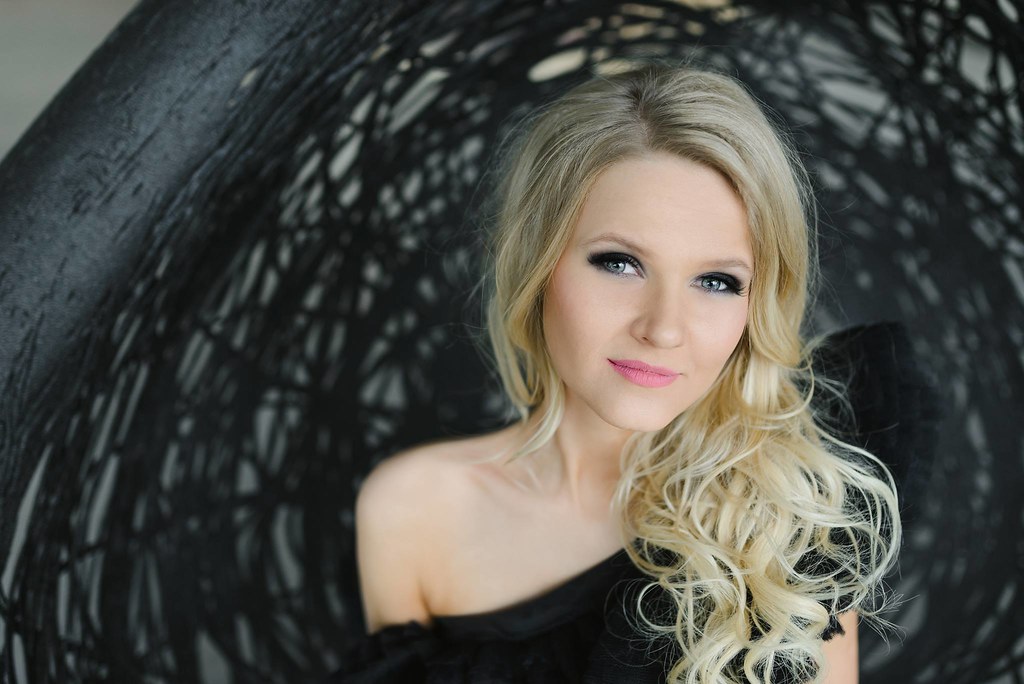 How did the project Jazz sings Aspazy come to be?

After finishing Bachelor’s degree studies where there were a lot of mandatory things, boundaries and borders, I wanted more freedom. I had a feeling that everything about singing is mathematical, thought out, calculated. In regards to my voice I know each and every little detail, where everything should go. While singing I wasn’t thinking anymore of how to tell a story, how to pour my emotions into it, only of the technique, the right sound, notes… I wanted something more free, but complete free jazz seemed like too big of a leap — I was afraid to do something like that. But then in 2015 Aspazija celebrated her 100 year anniversary. Her persona and works inspired me to create a structure for a concert where jazz, free improvisation and poetry would meet. Back then the project had a different line-up: guitarist Marcis Auzins, keyboard player Davis Bindemanis, double-bass player Toms Poiss, drummer Kaspars Kurdeko, and the only one who participated also this year — saxophone player Kristaps Lubovs. They arranged already composed music with the poetry of Aspazija (music pieces of J. Lusens, Z. Liepins and other composers). It was a nice concert in Kanepes Kulturas Centrs, but it seemed that something more was needed. There was a feeling that it couldn’t be just a concert, when you come, play the music and that’s it. I wanted more forms of expression — costumes, video projections, add electronics to the poetry, but for various reasons this idea got shelved and wasn’t developed further at the time.

What has the project Jazz sings Aspazy become now?

In a way the structure of the concert has been preserved — only some parts have been changed. The poetry of Aspazija was processed by Matiss Runtulis (Mr Myster) by adding electronic elements. I was in the studio recording the poetry, and he added his feelings about it along the way. It was interesting, because even when I told him what to do, it would sound completely different. The concert has it’s own flow: poetry — original music piece — poetry — free improvisation. And so this change continues. When the music sounds, the musicians are in charge, but during the poetry part the video projections, beautifully and spiritually prepared by Austra Hauks, take the spotlight. The artistic mood was of a great value, that is why the concert took place in the National Theatre, and not in a bar or a club more common for jazz music.

How did you arrive to the new version of the project?

I actually have to be thankful for choosing to study in the Master’s degree program after all, because otherwise I wouldn’t have gotten so much conviction to work on the project and invest myself into it. The subject of my Master’s thesis was «The vocalist and free jazz in the 21st century». Free jazz became a subject because of the Jazz sings Aspazy concert which apparently stayed somewhere in my subconscious and «gnawed» at me. I decided to research, what other vocalists around the world do with free jazz, and I concluded that there are not that many singers who do it. I also understood that the ones who choose this path for themselves frequently have the drive to create theatrical performances. For example, organize a concert in an abandoned church or create eccentric costumes.

The new project has a different line-up — as I’ve already mentioned, Kristaps Lubovs stayed on the wind-instruments, but this time we both are joined by the up and coming jazz music professionals. Svens Vilsons plays the guitar, Edgars Cirulis is on the keyboards, Pauls Kierpe is on the drums and Janis Rubiks plays the double-bass. The didgeridoo played by Aija Pastare brings a special mood to the table.

Thinking back about the music material, I think that my teacher Inga Berzina set me on the right path by suggesting that for this line-up original music pieces could be composed. There’s not that much jazz music with Latvian lyrics, and Aspazija is after all a time-tested value, it’s quality poetry. I’m glad that Svens Vilsons, Edgars Cirulis and Janis Rubiks composed original music pieces with the poetry by Aspazija.

It’s interesting to observe what happens to jazz that is Latvian. When I received the first drafts of the music pieces, it seemed to me that it would become a nightmare. Svens, for example, wrote hip-hop, Janis composed a long musical poem, but the piece by Edgars was absolutely modern jazz. I was afraid of it becoming a complete mix in it’s worst incarnation. But in the end we understood that the poetry code of Aspazija is strong, that it permeates anything and it’s capable of connecting everything into a whole. Also in the free improvisations we tried to find inspiration in the poetry that was performed previously in the concert, and we tried thinking of what we had heard. We also had an agreement that during each free improvisation there’s a different small event on the stage — changing music instruments with each other, lying on the floor, spontaneously executing a ritual on the stage, improvising only with the vocals etc. We had a lot of fun by adding some acting to the performance.

Everyone in this line-up, which is very near and dear to me, is a bit of a philosopher enjoying the immersion into the content, not only playing the notes. I’m also very happy that costume designer Anete Agneta Krisjanova joined us after just graduating from the Master’s degree studies in Fashion design in the Art Academy of Latvia. In addition to my stage costume according to my request she made a cap with the inscription «ASPAZY». It was created especially for Svens who was rapping in one of the music pieces. Now the cap is famous among our friends and people ask where to buy it. We decided that when we go on tour, we’ll take it with us — it looks very cool. We need to make a fashion clothing line of Aspazija. 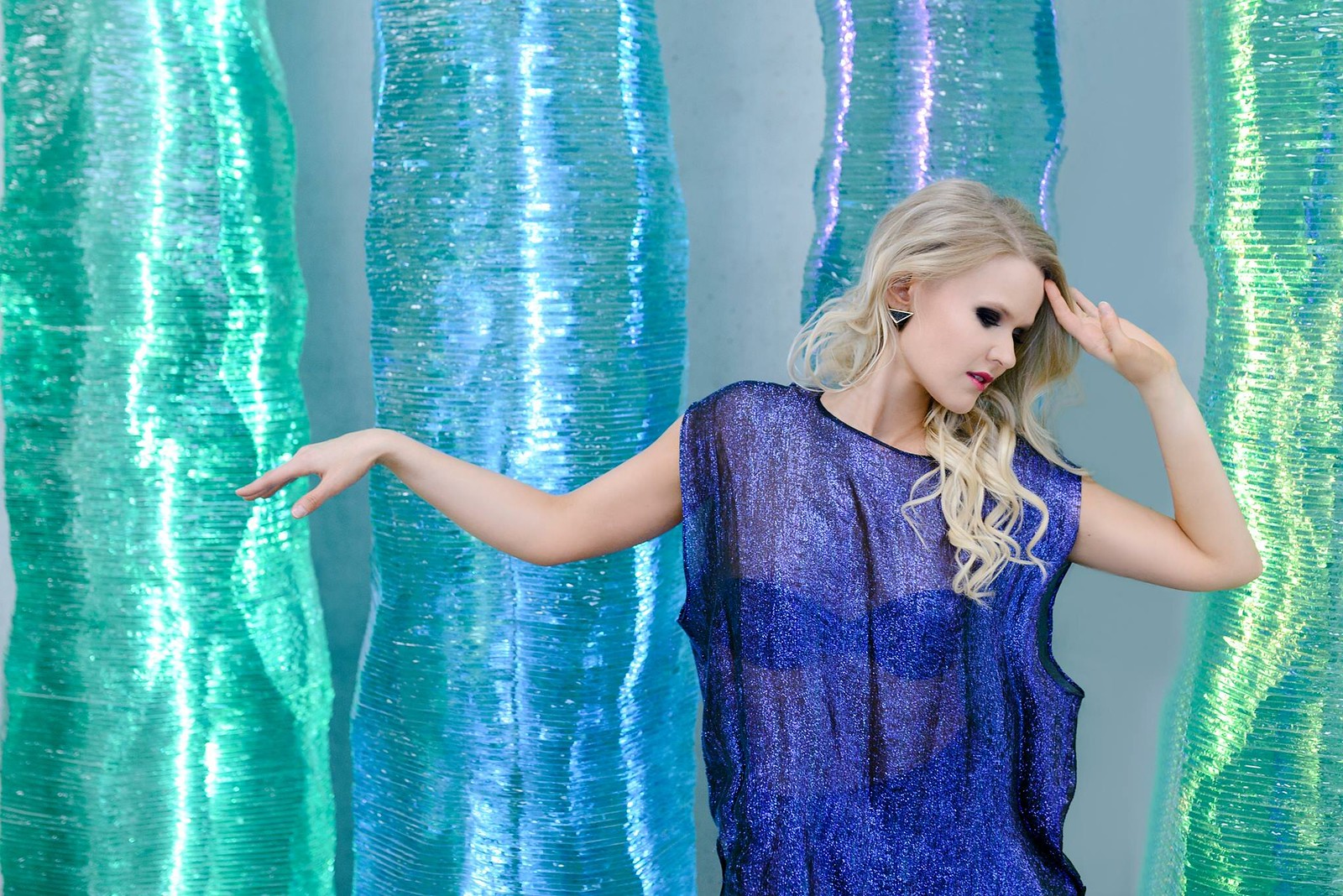 How did you choose the poetry?

I chose the recorded poetry myself. To composers of the original music pieces I gave each one a poetry book by Aspazija and granted them complete freedom of choice. I believed that the composers should be able to choose themselves what they like best. And they took on the challenge immediately! It was a great sight — three boys next to each other with open books of poetry by Aspazija!

What are the differences between the first and the second concert?

First one was more of an experiment and a search to determine if such a format is feasible at all. A very practical problem, but it’s not that simple to get such preoccupied, extremely talented and creative people in one room at the same time. The second time around the process took more time, it was better thought out and involvement from the musicians was greater, because they needed to compose their own material. That always connects people more. We all get smarter over time, and the advice I can give to young musicians is to always get someone to help with the organizing, don’t do everything by yourself. Management was the toughest part of the first concert. When you’re planning a concert, you’d rather think more about singing, not about whether the lamps will work, if the mixing desk will be turned on etc. The second concert… It’s not just a concert, it’s a show. You can’t listen to this performance in the usual jazz club or restaurant — it’s a whole concept. I used the ethno voice, also jazz, as well as academic singing there. I can go crazy, I can use anything I’ve gained since I’ve started to preoccupy myself with music over the last 11 years.

What happened to the music pieces from the first concert?

Some music pieces survived, some didn’t. I know that the arrangement by Marcis Auzins for «Fairytale» of Zigmars Liepins continues it’s existence. Daumants Kalnins sings it in his concerts, also in the TV show on New Year’s eve it was performed by Aija Vitolina with a big band — the ideas continue their life.

How did you choose the name?

It seemed important to mention jazz — it sounds very interesting, because jazz and Aspazija seem like something that cannot be connected. Aspazija is something…first thing that comes to mind are the choir songs by E. Darzins, Latvian classics or an academic music program. But jazz is something where you can’t understand anything, right? And where’s Aspazija amid all of it? I like the name. I know that the word “jazz” can scare people — many will think that they won’t understand it. But nowadays the term “jazz” has expanded very much… In Europe “jazz” has completely different traditions. But how are people supposed to know that? They sit, for example, in Rujiena (my hometown), thinking — jazz is the thing I don’t get. In my program there’s half-academic, theatrically performed jazz. It’s called jazz, because all of us in the band have basic jazz education, and it’s a direction very close to all of us. The influence of this genre is unavoidable, and what is more important — there’s a lot of improvisation going on. There’s no swing, also no bossa nova… Today all borders have vanished.