The chemistry of listening and other basic principles of the magic of how Mareks Ameriks, father of «Jersika Records» operates

«Do you drink tea?» — that is the first question I hear. An affirmative answer — and a tasty drink is poured into the teapot, the yet unreleased (at the time of our conversation) record of Stanislav Yudin and Asnate Rancane is put into the record player, and we are left alone for a couple of minutes: tea — to draw, I — to enjoy. Shortly before the 4th Jersikas street Vinyl day I met up with Mareks Ameriks, a musician with an education of a historian, a man who calls himself simply a music lover, but it seems that I haven’t met a music lover who is doing so much for the development of local music before. 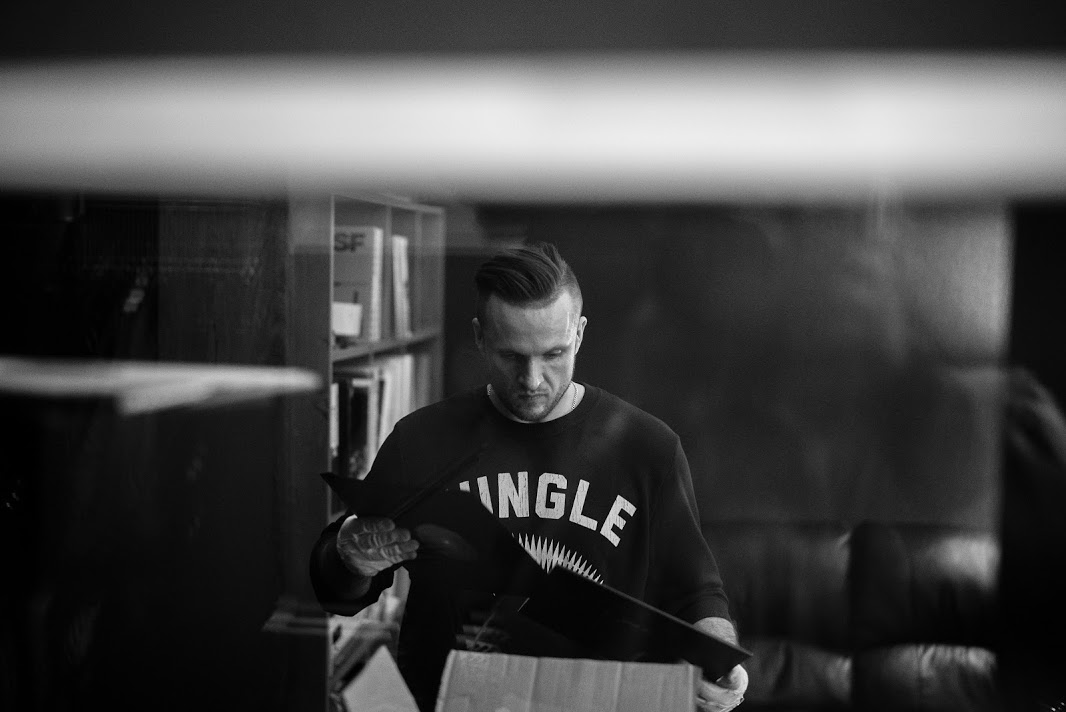 We first met on Lokomotives street where Jersika Records happens («happens», not «is located», because this is an intricate, although a very magical process). A record I hear for the first time plays in the background, before our talk Mareks finishes up discussing organizational details with Toms Rudzinskis before the release party of a record and he calls Stanislav to ask how he’s doing. I’m invited into a small studio where recordings are made, Mareks and his friends started fixing it up only one and a half years ago in an office building in Kengarags.

Quite recently established label of improvisational, experimental and jazz music

Due to multiple events and conditions in about half a year a small studio was established, which was acoustically especially prepared, repaired and set up with our own hands. The soundtrack for the repairs was the recently released 3-hour-long debut album of Kamasi Washington — «Epic». Kamasi helped us to pass the time and inspired us, and his photo along with other photos of artists dear to me are included in the studio design.

We basically fixed up the studio to be able to make analogue recordings on professional Studer A80 tape recorders. I like the concept of recording live sound that is formed by the room, microphones and musicians — talented musicians that devote to the music piece a couple of tries also called «takes». I was fortunate that the quartet of Toms Rudzinskis and Gerhard Ornig were the talented musicians to become our first artists — it was a good point for a take-off. And so the decision to establish the label was made. During this time I also got to know people that have been working on opening a vinyl factory in Latvia for some time already, and I can say that Jersika Records is a part of Mango Vinyl Press.

Creating a product kindred to both directions of the label

Currently I’m assisted by Balvis Trinkuns, Didzis Simanoviss, Sabine Brice and Kate Pavula. My brother Edgars Ameriks and Mareks Kaminskis are also on the team, they represent the design department and help shaping the visual identity — we put a lot of attention into it. As a music lover I’m often sad that there are good records that do not have visually proper and good design. I want to have a feeling of something kindred, something I’ve held in my hands countless times before, when I pick up a record by Jersika Records, but at the same time it has to be something new. The design prepares the listener, gives the first impulse, so one can already approximately assume what music he’s holding in his hands, what is the mood like, what tradition it stems from.

Record as a different kind of the listening process

Joining the record label family is a new challenge for me. I’ve listened to music a lot, l read about music, created something with my companions, performed and recorded, played it to the others as a DJ. And now is the time, when I wish to release music and help the musicians.

I believe that both in jazz, pop music, also in design and any other field it’s important to be aware of the cultural heritage to be able to add your vision to it and to complement it. I believe that this is why many Latvian musicians as authors and performers of original music are not known outside of Latvia — the foreign music connoisseur is not able to spot the quotes from the cultural heritage known to him.

At home I only listen to vinyl and I also subscribe to Apple Music to be able to listen to music in the comfort of my car and be up to date with new music. You subscribe to streaming platforms as you do with your phone services, but records have also the visual aspect to add, the listening experience, the process that requires more attention. Vinyl is giving. If you listen to it every day, your perception changes: no wonder this format has survived for so many decades. 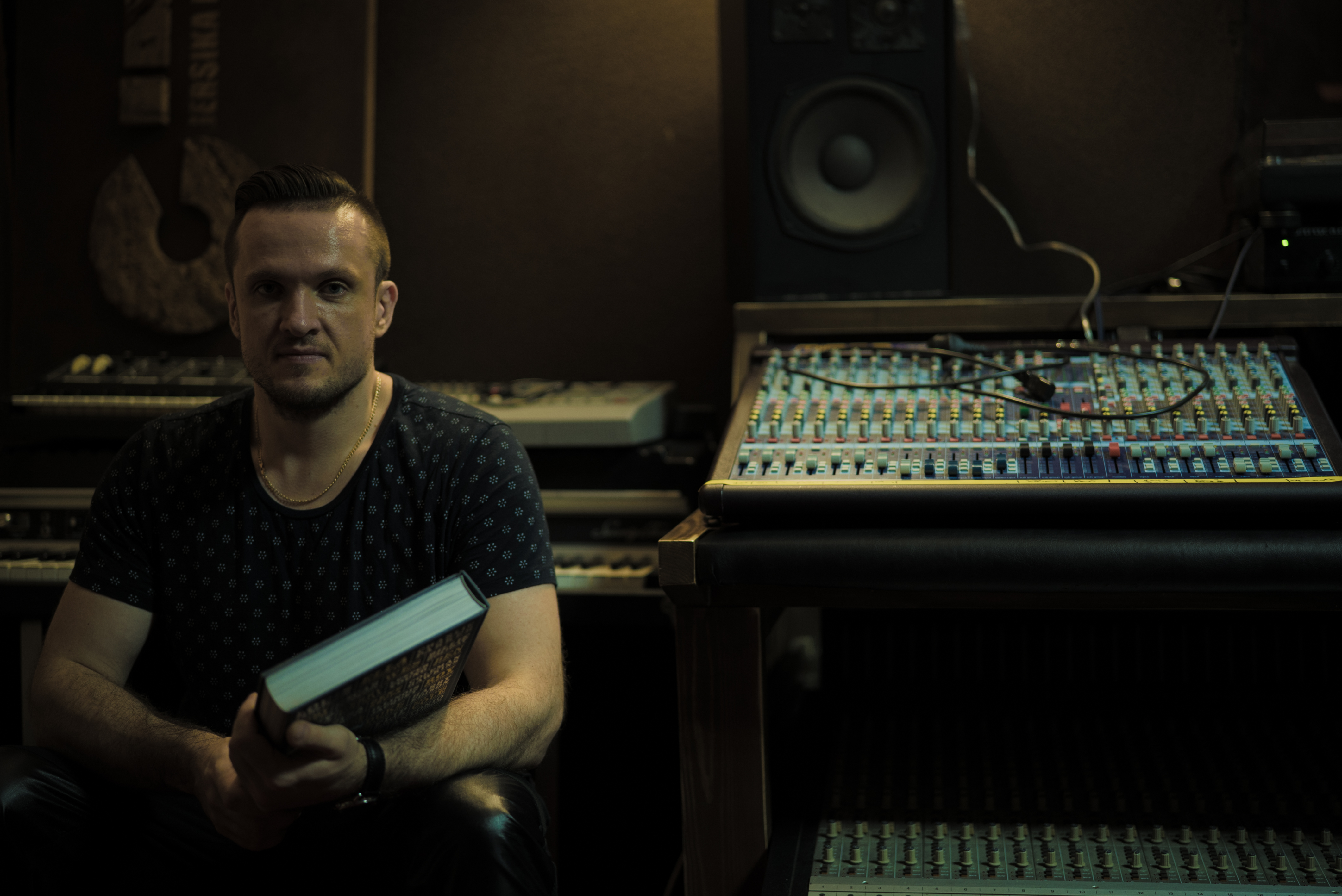 I’m a collector, I like quite versatile music, because that’s like a tale of emotions, feelings, moods. I agree with Duke Ellington and Ray Charles, that there’s either good music or bad music, one has to be sincere whatever the genre. I keep up with new music and try to get a first impression. At home I have a bunch of vinyl I need to listen to. Every day I listen to a couple of records. Sometimes I play a DJ set of 6 to 8 hours and I go through two bags full of vinyl records. I cannot imagine the feeling of spending these long hours staring at tiny digital files on the computer screen.

I have a historian’s education, thus I’ve always had an interest in history. I’m interested in the evolution of the record industry, how it has shaped and influenced the society. What is sound, the process of recording it, how to sell it, what processes influence it and what processes are influenced by it. I like to dig deep.

It’s important for the chemistry of listening to be successful

A typical listener that would consume this music, most probably, is similar to me, he searches something for himself in the music. Stanislav‘s recording, for example, is a meditative music with traits borrowed from folklore, Toms’ recording — dynamic, masterful, with the specifications of an analogue recording. It would be great, if while listening to the music released by Jersika Records someone would discover that this is another way how jazz can sound. It’s important for the chemistry to be successful.

The listener in the Western culture has some background, cultural heritage, where the taste is formed via different filters — media, historically developed music mediums, industry activities. Upbringing and the environment, where you’ve grown up also teach to listen to music, to understand different moods. Do these filters work correctly here in Latvia? Internet, radio, TV, DJs, live performances — it’s a single organism forming the taste of the listener. Most part of the society doesn’t listen to music at all, that is why, in my opinion, it’s important that at the moment when they turn their attention to music, it has to be of high quality, based more in the Western cultural tradition, because the tradition of music has originated there.

For the fourth year in a row we’re organizing Jersikas street Vinyl day — an event dedicated to the vinyl culture with a fair and educational, musical content. Each year we invite a guest speaker, who speaks about interesting vinyl-related topics. The origin of Jersika Records can be credited to Vinyl day.

It all started 6 – 7 years ago in Zala zale in Cesis, a culture terrace, where concerts take place and the burgers are delicious. After my DJ set at the opening of the terrace me and the owner Mareks Kaminskis talked and thought, how many people there are, from which we buy records. We could organize a small vinyl market like the ones being organized for years in the West. The first event was quite well-attended, and the visitors were expressing initiative for such an event to be happening in Riga. At this point we were joined by the third organizer of the Vinyl day, Vilis Misa — for the fourth year in a row Jersikas street Vinyl day is organized in the yard of his apartment building with the kind permission of the owner. 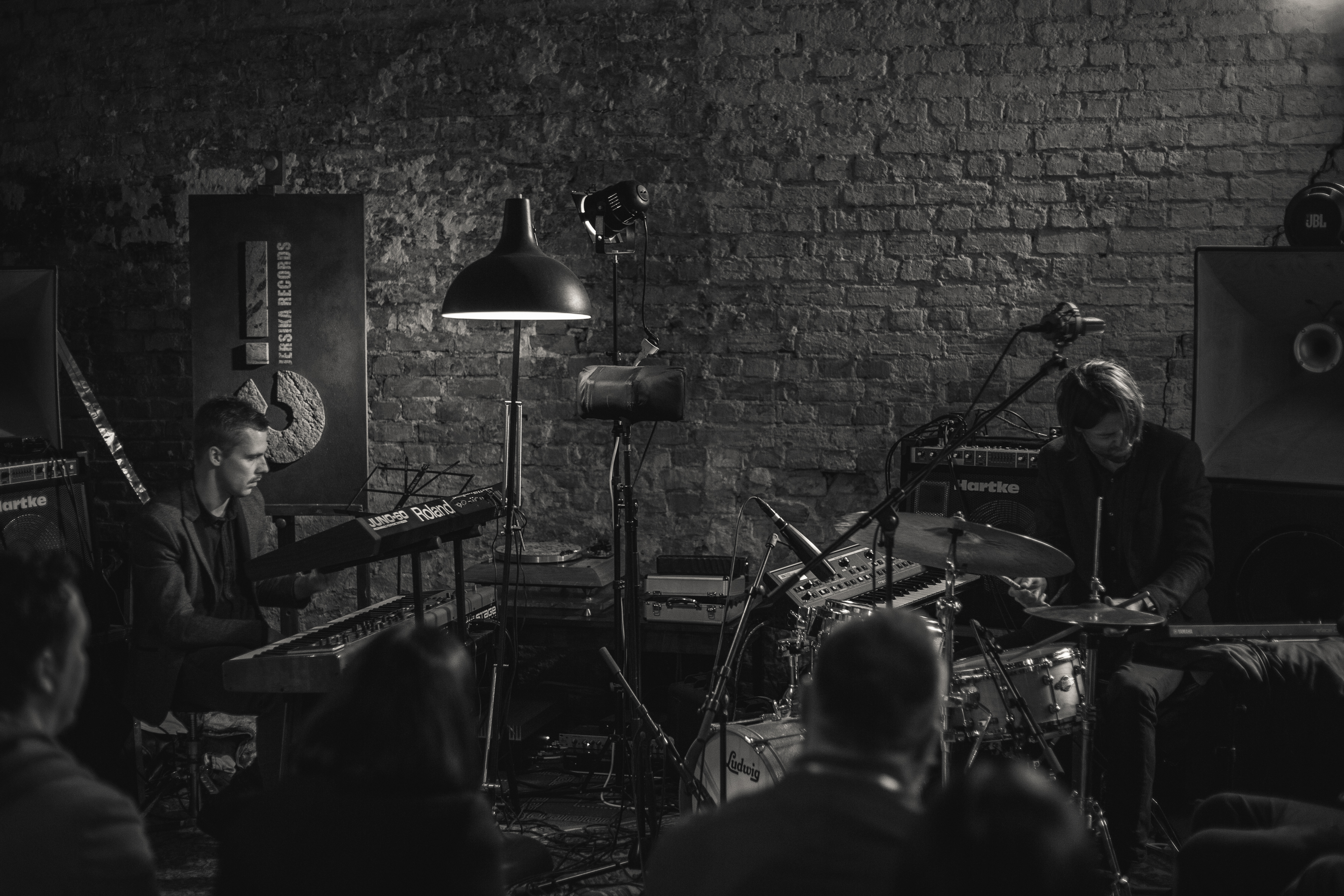 Label as a family: publishing something you’d want to listen to yourself

I wish to record on vinyl the musicians of my generation — those who have learned in good European schools, befriended their peers, created joint projects together. I feel that right now there’s a lot of good music in the air here in Latvia. I want a vinyl freak in some 10, 20 or 50 years to find these records in a box, discover good music for himself and to appreciate what we did here. We’ve released jazz music records, but we want the label to have an identity. I will try to sort this out and afterwards introduce to our catalogue also the listeners abroad. There’s already a plan in place for the future records.

The main criteria — what record would I personally like to hear, what I enjoy. There may be compromises, but still. The label must grow as a family. It would be great to also record jazz musicians that have already proven themselves, are experienced and known in Latvia, but creating conditions for them to express themselves in a more unusual way, to be able to show another creative side of them not heard that well previously. Currently two records are ready, 500 copies each. There’s a studio — LokoMotiv Room. Of course, I look in the direction of Europe, I’ll search for opportunities. I’m aware that you have to have at least 10 – 20 records in your catalogue to be perceived more or less seriously, but we have to start somewhere. That start is here and now, and I’m glad that the community supports it.