Edgars Cīrulis talks about an album that is difficult to categorize 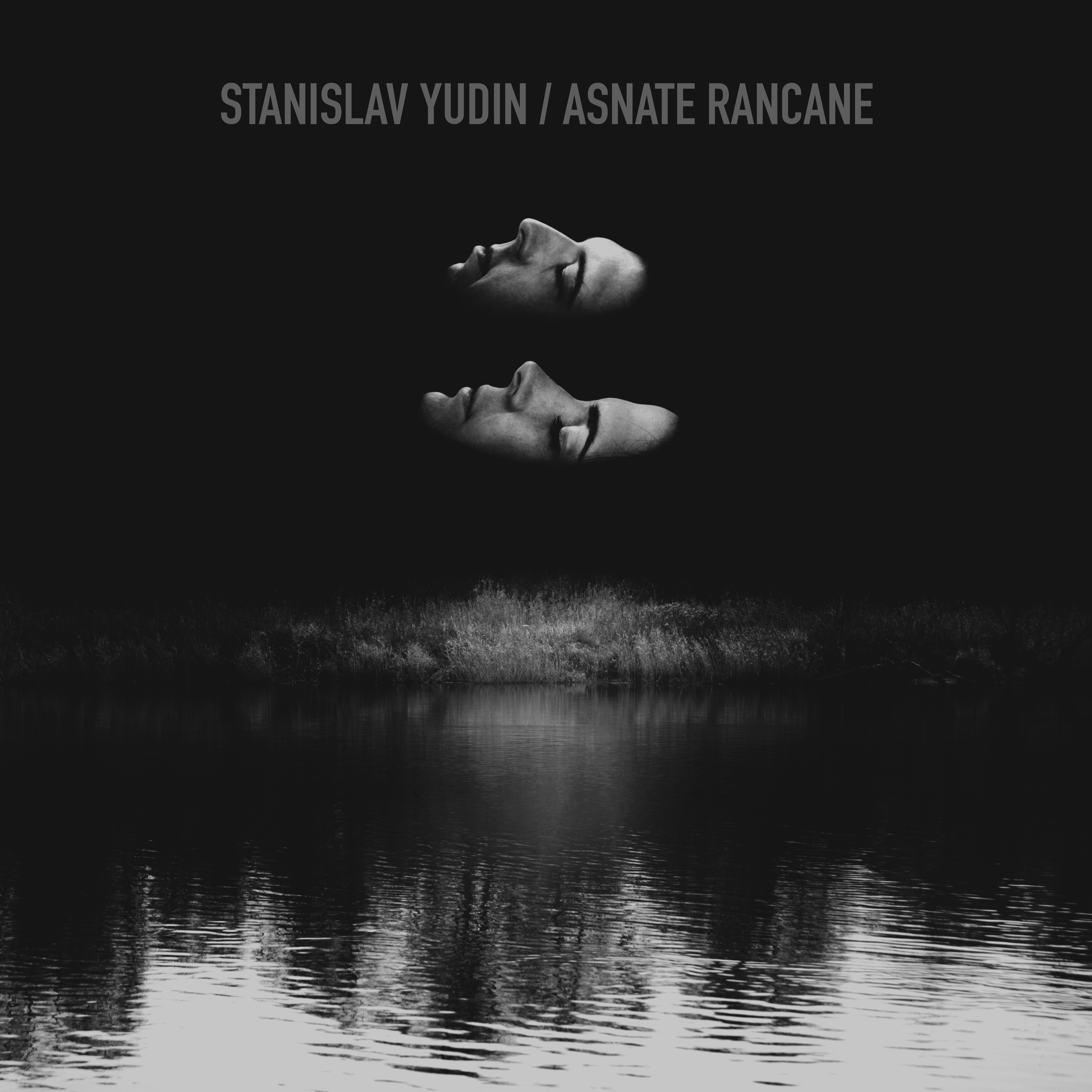 Stanislav Yudin and Asnate Rancane have combined different musical worlds, unusual combinations of music instruments and very clever composition techniques to create an impressive study of the ethno music interpretation. So many different genres and styles interchange in the album, that it is nearly impossible to put a label on it.

There are 8 music pieces in the album, each rooted in a melody or lyrics from a nation’s folklore heritage. This melody gets arranged, adapted and transformed to enhance it’s intention, or to do the opposite — showcase it in a different light.

The album begins with the title piece «Op.2». It is a 6 minute long minimalistic meditation where mighty and vast «double-bass orchestra» and the resounding, longing voice of Asnate play together. Thanks to Stanislav’s masterful looping technique (a method which allows to record short music fragments that are being repeated in a fixed time period) and the absolute control he has over the double-bass and it’s playing techniques the instrument resembles the string orchestra in sound where the conductor and the musicians become one. This almost unlimited palette of sound color is in his hands during this music piece, as well as during the subsequent music, and it is one of the conditions which makes this music so special and innovative.

During the piece the listener is being guided through a cycle where our attention is being drawn in another direction in each part, be it the mighty ethnic melody which includes a very primal mysticism performed by Asnate, or the sorrowful melody of Stanislav’s double-bass which at times drops references to the tradition of 20th century Russian classical music. The episodes interchange and form a dialogue until finally at the end of «Op.2.» both voices meet in an otherworldly and even a bit spooky unison.

Another two pieces from this album are similar in terms of concept — «Cik Dziļa Jūra» and «Ja na torče». But each goes in a slightly different direction with it. «Cik Dziļa Jūra» is laid down in the form of theme and variations where each variation undergoes a change in terms of accompaniment or the focus point of the melody. Here additional instruments are added — the kokle and the violin.

Whereas «Ja na torče» begins as a poetic chant accompanied by light, translucent sounds of the double-bass which almost seems to be hanging in the air. With each verse the piece grows wider and more filled up, more layers are added to the sounds of the double-bass, the bells and the voices. The authors do not fear of using pauses, sudden dramatic turns in the music and courageous note choices in the melodies that do not let the music become predictable.

«Ne Bet Kokia» is a heart breaking Lithuanian melody about unhappy love, and the voice of Asnate excellently embodies this hero full of pain. Through fatality and sadness it’s possible to hear composure, certainty and peace. Sometimes it reminds of quiet lamentation, executed as a church coral. Stanislav masterfully creates a rich harmonic texture, wide as the sea, in order to support Asnate’s melody. 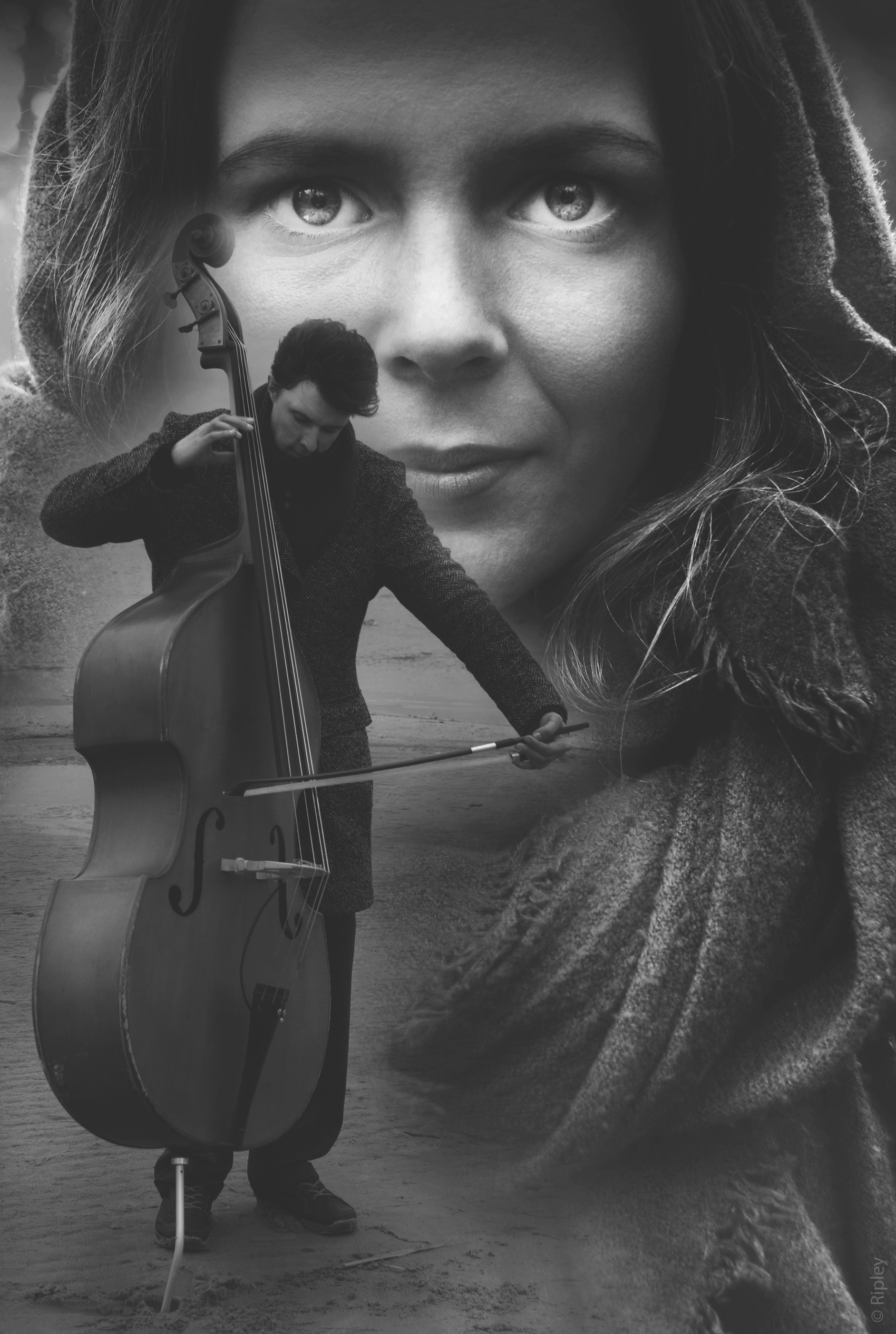 As a strong contrast to the material heard so far, comes along «Ganu dziesma». Stanislav and Asnate broaden the set of instruments with different percussions, soprano saxophone and pipes, a more prominent presence of rhythm is included. The structure of the piece reminds of a kind of a ritual which slowly develops itself further. Pulsating, open harmony, constant drone bass, melodies, twining between the vocals, pipes and soprano sax — all of this puts the listener in a trans-like state where impulses are sent from all directions at the same time.

The second music piece in the album inspired by the interaction of percussions and pulsations is «Saulīte». In it we can hear both acoustic and electronic instruments not present in the album before. For a short moment the piece brings a refreshing narrative to the table with a naive and heartfelt melody. But the harmonic texture and accompaniment do not let us forget just how very introspective this album is. Not for one moment it ceases experimenting and continuing the journey in a bold direction.

The album ends with two music pieces that stand out in comparison to the previous ones. It is worth noting that the order in the album guides us through a very logical story and before the grand finale we stop at «Русалки». It is a short, surreal episode where the atmosphere is set by the sounds of water, a girl’s laugh. Playful pipes and shimmering overtones of the double-bass shoot through the hero’s head like a hundred different thoughts. The scenery that the piece paints is strange, eccentric, but captivating.

«Inspiration» — almighty, engulfing and present. Without borders and form. The piece embodies power which is greater than man. The grand organ and the imperious voice makes me personally recall memories of standing in a valley and almost as if having the whole horizon in the palm of my hand. An excellent conclusion to the album, which I perceive as a hero’s inner journey into his own world of thought. It testifies either of victory, or complete conformity to existence and the moment.

«Op.2» is an exceptionally unique album and it is difficult to assign a specific category for it. I believe it has earned it’s place, it’s own niche in the vast music information field as a work of art that speaks for itself. Stanislav and Asnate have invested a great amount of work to show the nuances of ethno music in unusual tones and images.