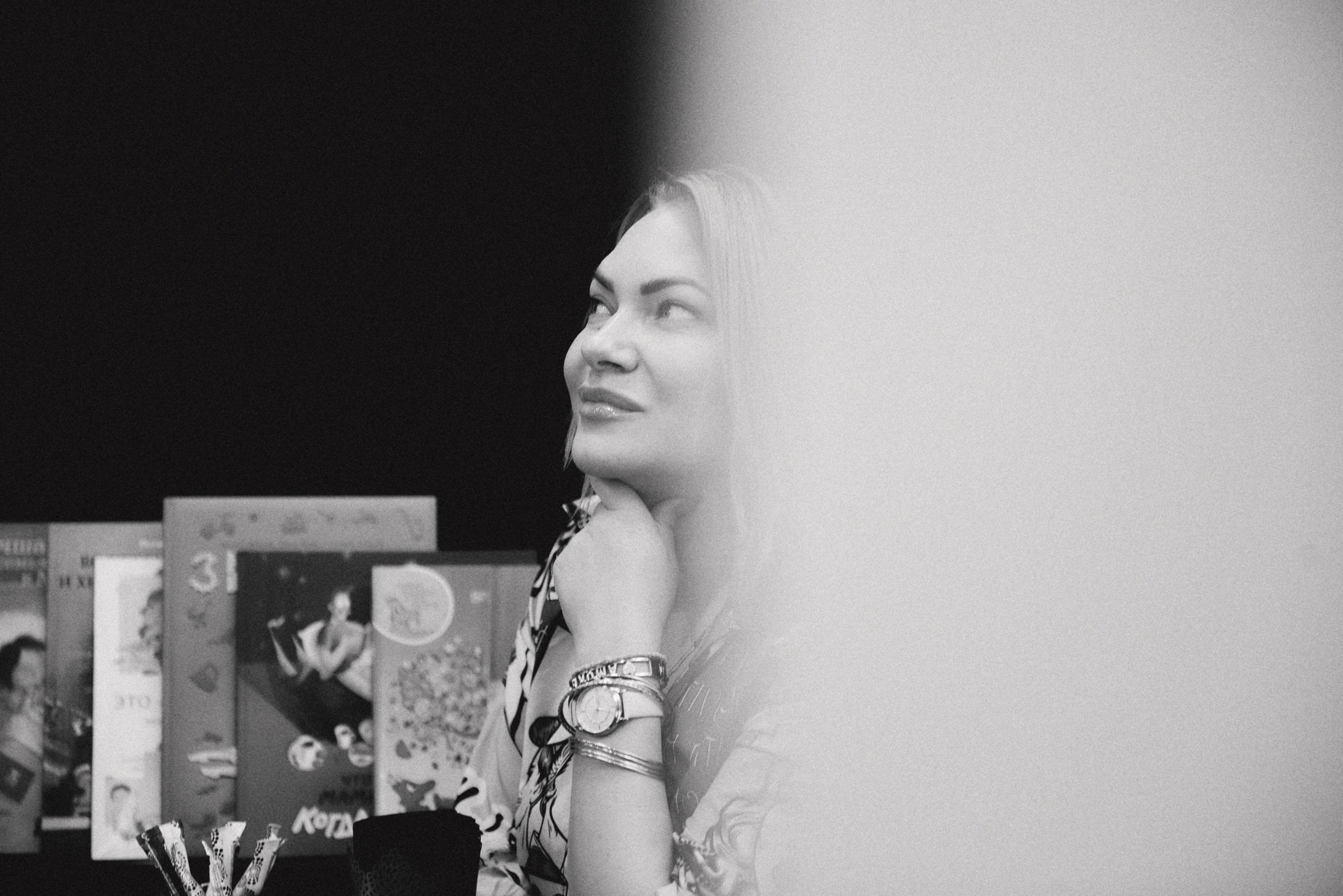 Each year most of the world sets a particular mood; it all begins in approximately November (though some countries like to be first and start in October), then all background music in shopping centers suddenly starts sounding slightly nostalgic, sometimes cheery and uplifting, sometimes even childish, and that means that the «most wonderful time of the year» has finally arrived — Christmas! And Christmas music, in most cases, means, of course, jazz. In most cases, the experience is very enjoyable, because, well, who doesn’t love jazz, and then you have to agree that Christmas music is so catchy! I have to confess, I sometimes find myself humming some or another Christmas tune in the middle of summer; that has to mean something! The only downside to that experience is that there are only a few local artists who even have Christmas recordings — some hesitate to make such recordings because they find it too challenging to create something new from such timeless compositions, some find they have enough Christmas gigs and are, frankly, fed up with those tunes, but when you summarize all the reasons, you have the answer to why Christmas is also the time when one can hear our Latvian cats less often. Some brave musicians do, like «Very Cool People» did some years ago — their Christmas album was something else! Well, now things have turned for the better because one of our local singers released a whole album of Christmas tunes, and it’s none other than Diāna Pīrāgs and her band «Le Petit Paris Band» — together they have released an album called «Let it Snow».

The recording features Marko Ojala (accordion), Lauris Amantovs (trombone), Raivo Ozols (double bass), Vladimirs Zinčenko (piano), Artjoms Sarvi (piano), Raimonds Kalniņš (drums and percussions) and, of course, Diāna herself on vocals. The album was produced by Diāna and Lauris, who are long-time colleagues, and the recording was made by sound engineers Ivars Ozols and Vjačeslavs Mitrohins; mix and mastering were made by Vjačeslavs Mitrohins and a special photoshoot by Anna Mitrohina. 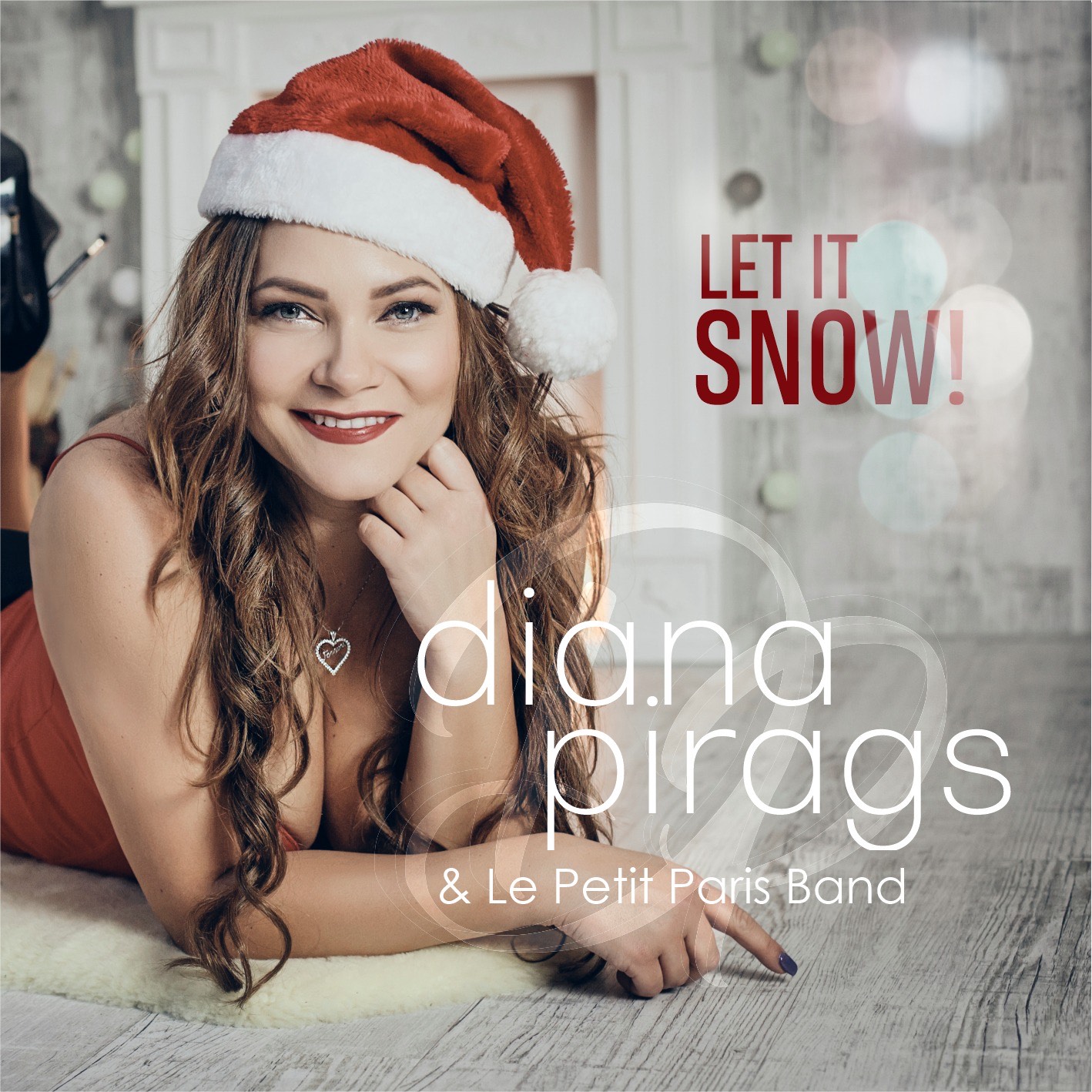 It was a while ago, I was performing at a wedding when some man approached me and said: «I work at «Sound Division» studio and I want to gift you with a recording session. Find a sound engineer and come for a couple of days, I don’t care, what you’ll be recording, your choice! Find musicians, and all the equipment is on me!» That got me thinking — why not record an album? And it was at the same time when Lauris Amantovs and I were playing at the Christmas Market on the Dome Square — we worked there quite a lot since 2015, each year basically! And I think it was the same year when this man gifted me with two days in the studio, but since then, it all just hung in the air… Then someone started teasing me that I have no recordings of any lullaby, which got me thinking that Christmas repertoire is a lullaby of sorts, right? This music is so soft, gentle, and nostalgic. That’s why I decided to record Christmas tunes! But then all kinds of adventures started to happen — we arrived at the studio, but the grand piano wasn’t tuned. Well, it was, but it was the night before, and during the night, the temperature in the studio changed, and the tuning slipped. So we had to tune it again, then we recorded all the songs, I copied everything to my flash drive and put it on the shelf till spring. When I checked on the recordings in spring, I found out that there was only one studio day on it! And during the first day, we recorded a completely different repertoire, the Christmas songs were on the second day which was missing! I said — is it an April’s fool’s joke or something? We’ve searched for three days but thankfully managed to salvage everything from the studio’s hard drive.

Why it took me so long to release this album? You know, during that time I lived between two cities — Riga and Malta. I had no time to work on the album at all. But when I had the time, I went straight to Vjačeslava Mitrohina, I’ve known him since I was little, we’ve been neighbors for some thirty years and lived in the same courtyard. He is a fantastic sound engineer, and I was immensely pleased that he had agreed to work on my album. Then the pandemic struck, and it all stopped again. It’s only now that I managed to finish working on the album. In the end, when all the work was done, we wanted to release the album here, in Riga, but since people here are «standing in lines» to buy CDs, we decided to skip the physical release and just publish it digitally. If we manage to get a sponsor, we will release it on a CD, but I’m sure it will not be while the pandemic is still roaring. 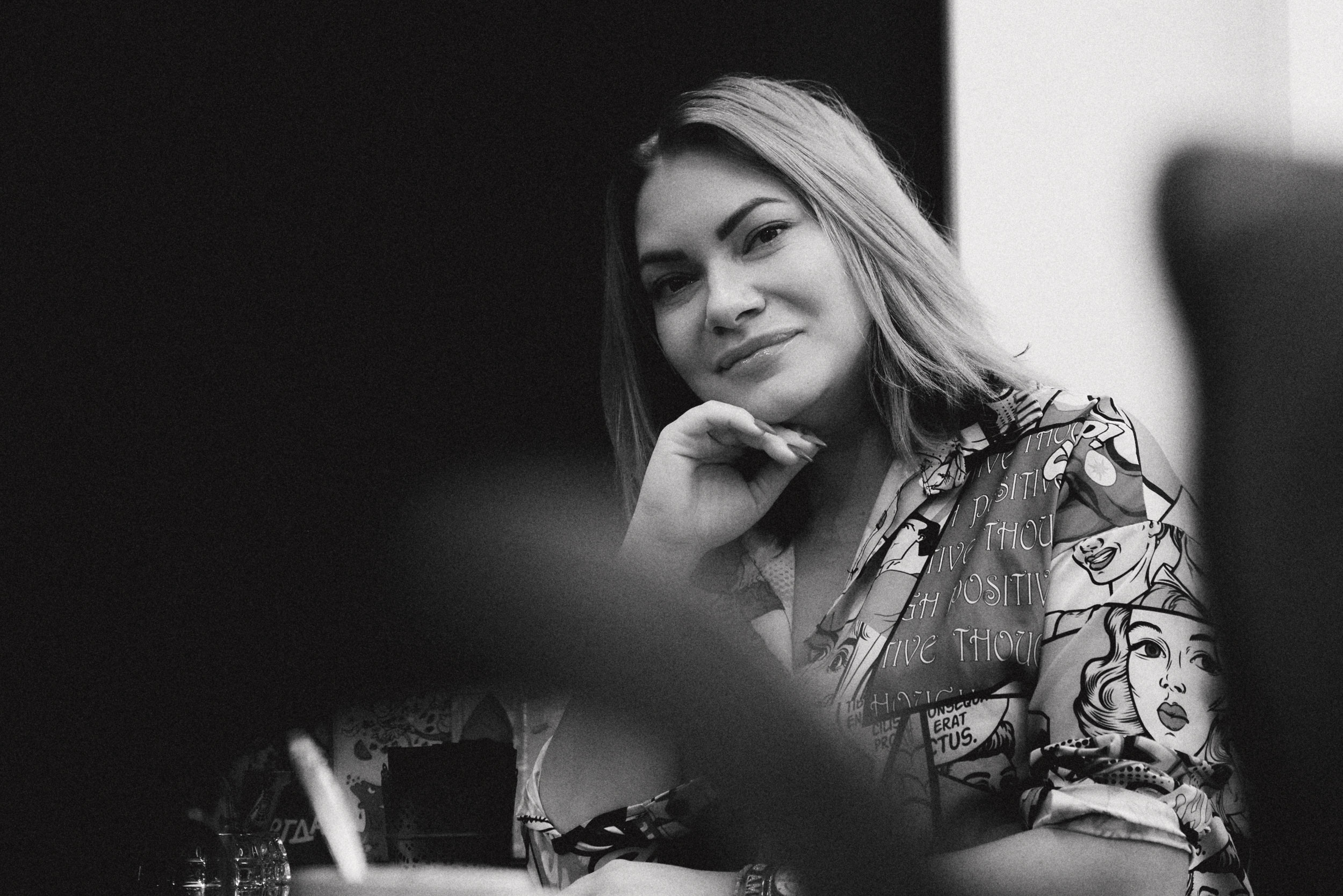 Between Riga, Malta, and Catania

And then my life path took me to Italy, Sicily! I had a three-year-long relationship with an Italian man, Mikele, but the pandemic drew us apart. He comes from Sicily, and at the beginning of our relationship, we lived in Malta, but at some point in Sicily as well, but mainly in Malta. So I had a chance to participate in the musical life there! I met a lot of incredible musicians, they played jazz amazingly! I thought I had to do a show with them, and I did, so it all started! I started sending out proposals to restaurants and got a lot of contracts, I played a lot in Malta. Then we went to Palermo to meet my partners’ mother. There I met one very serious man who had a lot of friends in the local music industry. He said: «Are you ready to go to Catania?» That’s how I ended up at a studio that recorded Mario Biondi! I went there, and it was so impressive, so many CDs on the walls… I asked what I had to do to start working with the studio, and they told me to send them some recordings of mine, that I didn’t need to think of arrangements and such, if they liked my material, they would take care of the rest. The only condition was that it had to be my own songs. 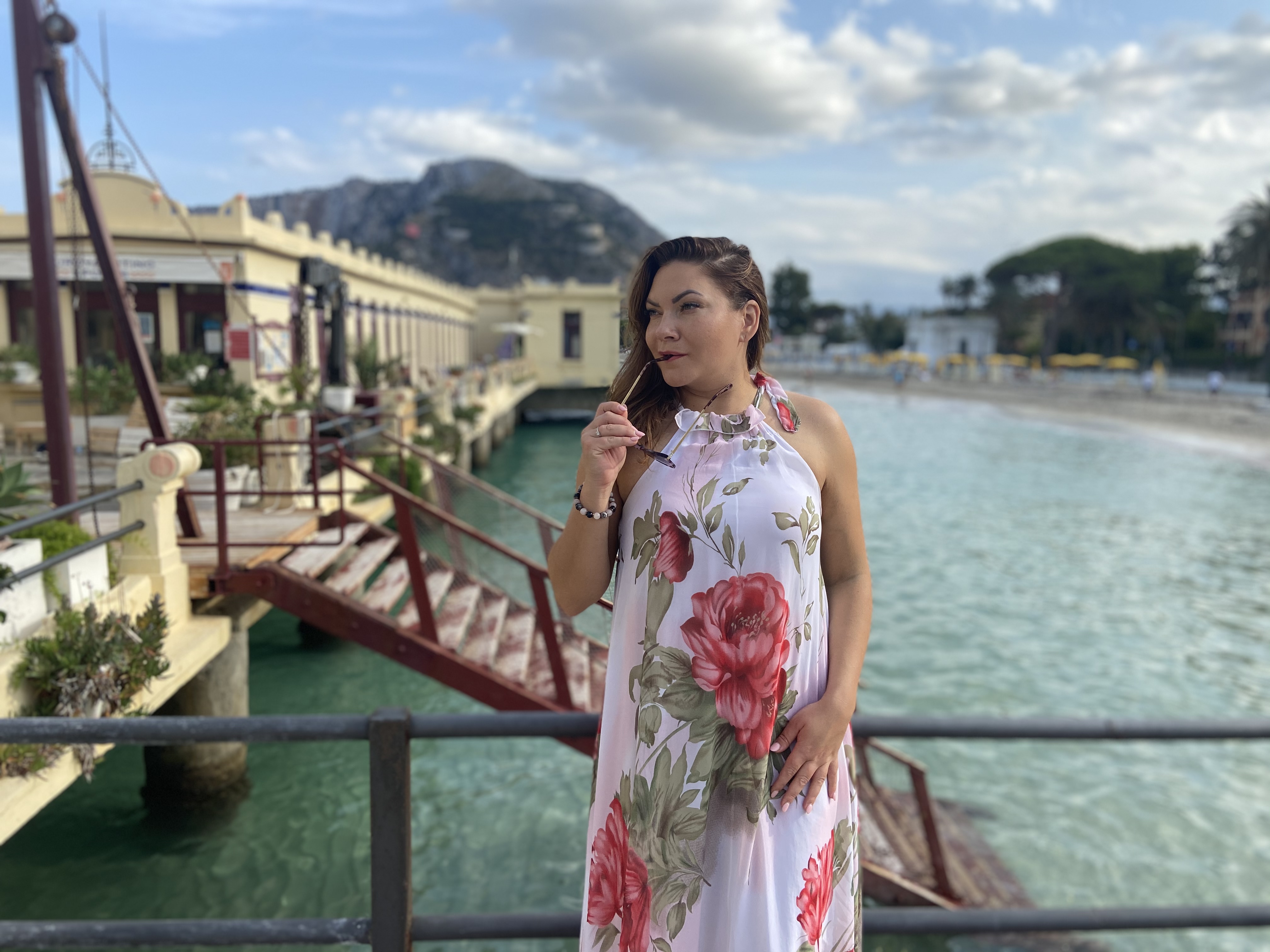 Then the pandemic struck, and I went back to Riga. My partner developed some serious issues with his health and had to stay in Palermo, near his mother. Then we broke up, but we stayed friends. One day he called me and said that I just had to finish what I started in Catania, that this opportunity was too good to pass up! And you know what? My intuition said I had to go there, so I did just that — I took a flight to Italy! Only the pandemic got in the way, and I had to stay in Rome for a while. But it turned out to be a good thing since it was in Rome where I wrote the song «Riga — Roma». I thought it would be the right song to show to my new friends in Italy. And they liked it! My Italian friends said that it was the right song to show to the producers in Catania, only with Italian lyrics, which they helped me with. So, we showed the song to the people from the studio, and they liked it; we recorded it, but there’s no point in releasing a single without a video, so I decided to show them my Christmas album. They listened to it and liked it as well! The only problem was that the streaming platforms nowadays don’t want such a repertoire because there are too many recordings of the same kind… Anyway, the project is done; I’m excited about that!

I had a talk with Delfino [a distributor from Catania], I asked him how our musical colleagues in Italy earn a living during the pandemic, and he told me that a lot of Italian musicians make up to twenty thousand euros in revenue, but… they write music in such genres as «trap» because young people nowadays adore this music and actively listen and buy albums with such recordings. He said he could produce something in that style for me if I wanted to, but I’m not ready to leave jazz and pop just because of money. I have a job, perform a lot, teach, and love working with children. I also want to study some more — get my master’s degree! I even found a course I liked at «La Scala» academy [«Academia Teatro Alla Scala»] — they have a music management program. I even got to fill out the papers and got in touch with the foreign affairs ministry in Latvia, I had a recommendation letter from the ministry of culture, after all I’m always organizing different events, it’s nothing new for me. And the school said that they were ready to admit me, but I ran short on a couple of points to get the free spot. They have only nine of those. I definitely don’t want to pay for my studies because it’s costly, and the program lasts for half a year only. They suggested I try another school in Venice this time, but they had some age restrictions — I was too old for them and couldn’t enroll. I have no idea where I will study, but I will. Next year I’ll register somewhere, I just don’t know where yet. I won’t abandon this idea. 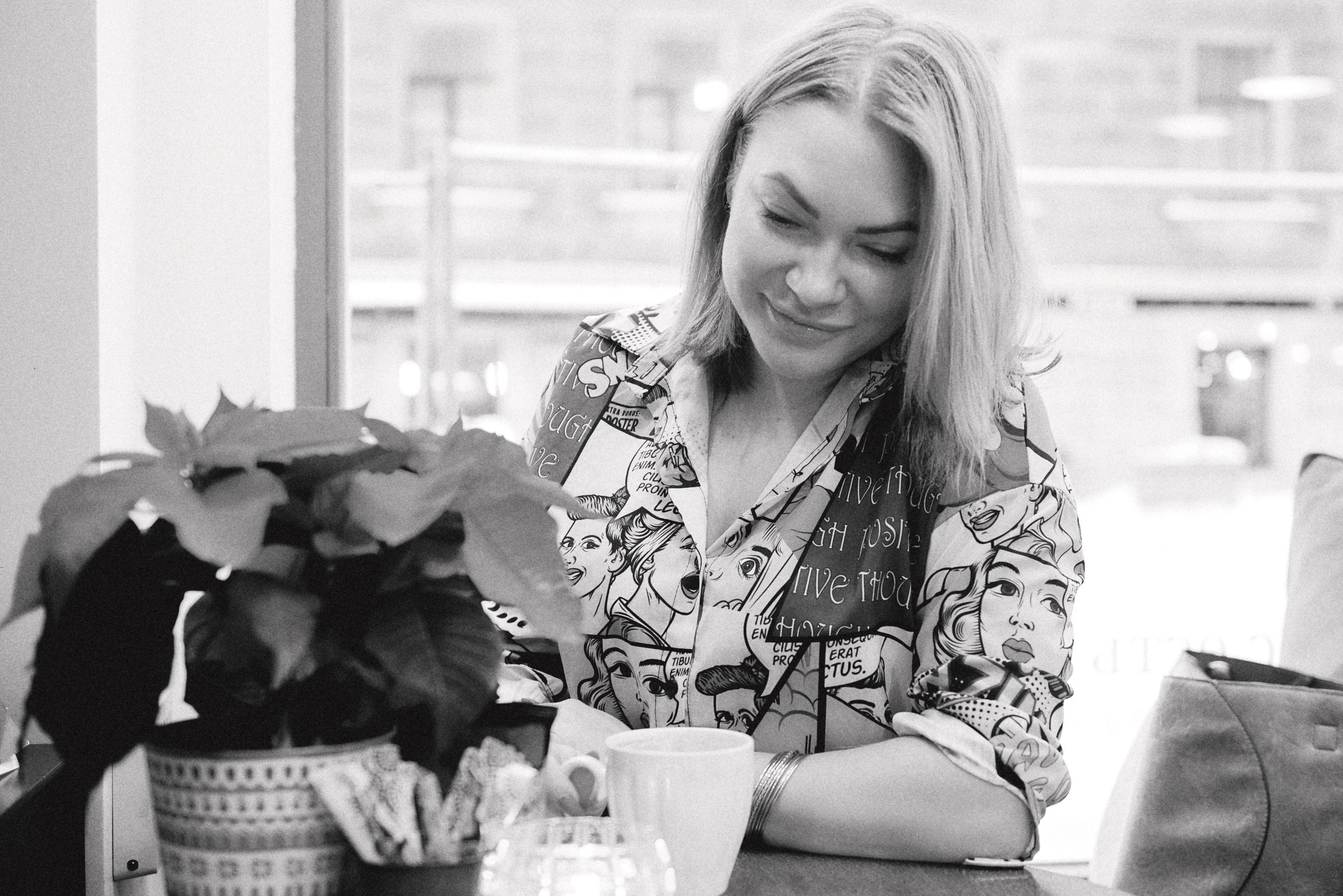 How different the projects are

I wasn’t planning on staying in Latvia, but I met someone and stayed. He is my co-author and writes serious lyrics to my songs. So I can say that this year I write music more than before, I even began selling my songs and being more involved in the industry. I also have plans to do a program of Maestro Raimonds Pauls’s songs. Recently I’ve been to Mikhail Chekhov Riga Russian Theater, and they had a show that consisted of the tuned Pauls has written for plays, and it got me thinking — such amazing tunes, but why no one sings them? Why have people forgotten these unique melodies? Everybody sings the same songs all over again, but he has so many other beautiful tunes!

And talking about other creative projects — my godmother Ludmila Trofimova, a pianist, has worked in the Operetta Theater for many years. She gave me an extraordinary present for my birthday — she agreed to record a composition with me! We chose a tune by a Korean composer — Yiruma. He writes piano music, but my friend wrote lyrics for one of his compositions, and I proposed to my godmother to make a recording together — her playing and me singing. She made the arrangement, we did the recording, filmed a video, and now we are waiting for the Korean embassy to give us some directions — how are we going to move forward. This is something completely new, a totally different direction for me — classical music, piano, cello, and voice, a different singing technique. It’s going to be phenomenal! We’ll see how it goes, but I think there’ll be an album! Also, we are releasing a video for the Italian song «Riga-Roma», the lyrics are going to be mainly in Italian, but some phrases are in Latvian as well! 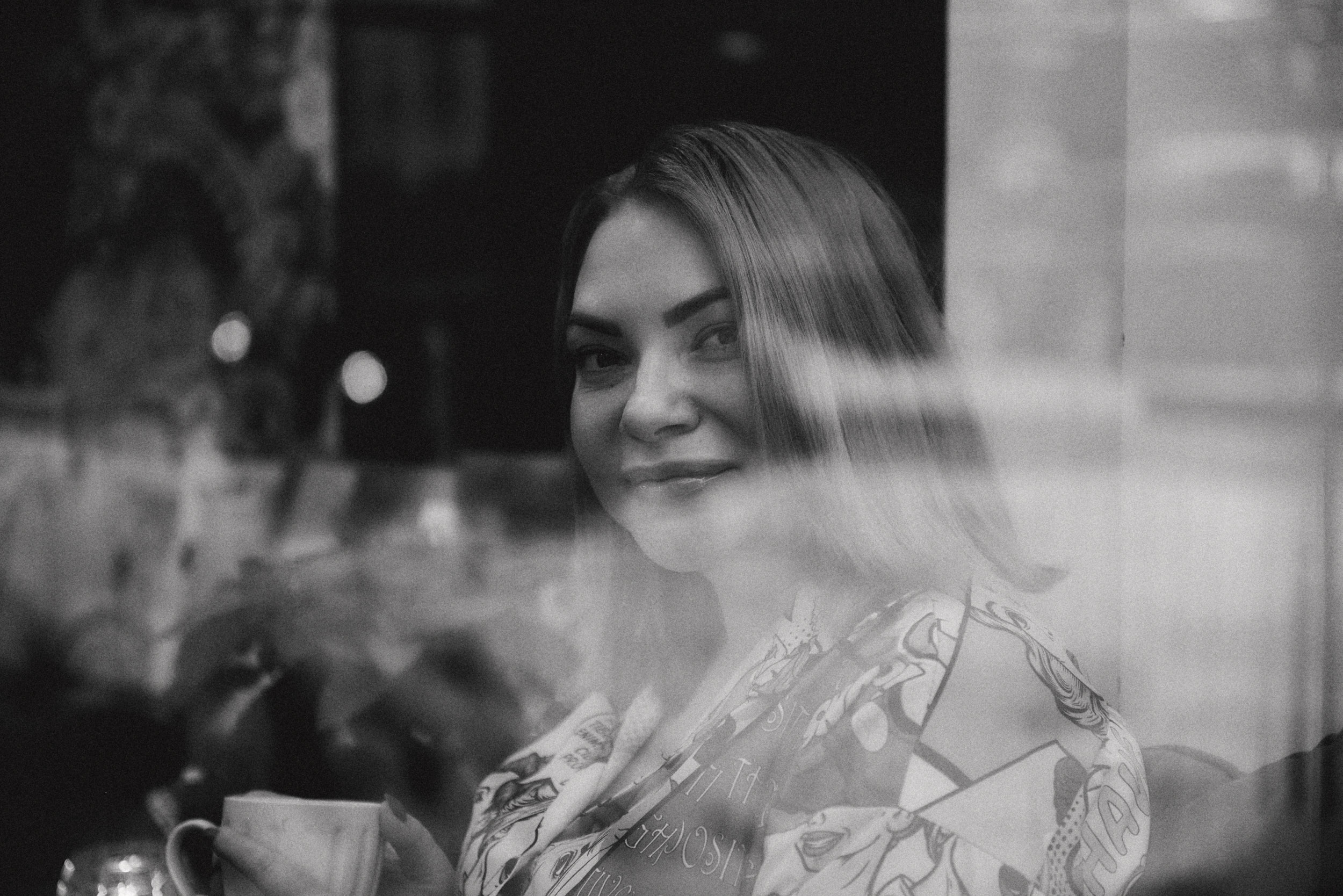 I have many different projects, but I try to choose those that will stay with me for years, not fade in a day or two. These will pay off in time — Christmas music, lullabies, jazz… People ask me why I keep singing jazz, but it all comes back to jazz. Jazz is classic; it’s immortal!