A life that goes in circles. Elīza Ašmane, or EZIA, presents her debut album «Cycles» 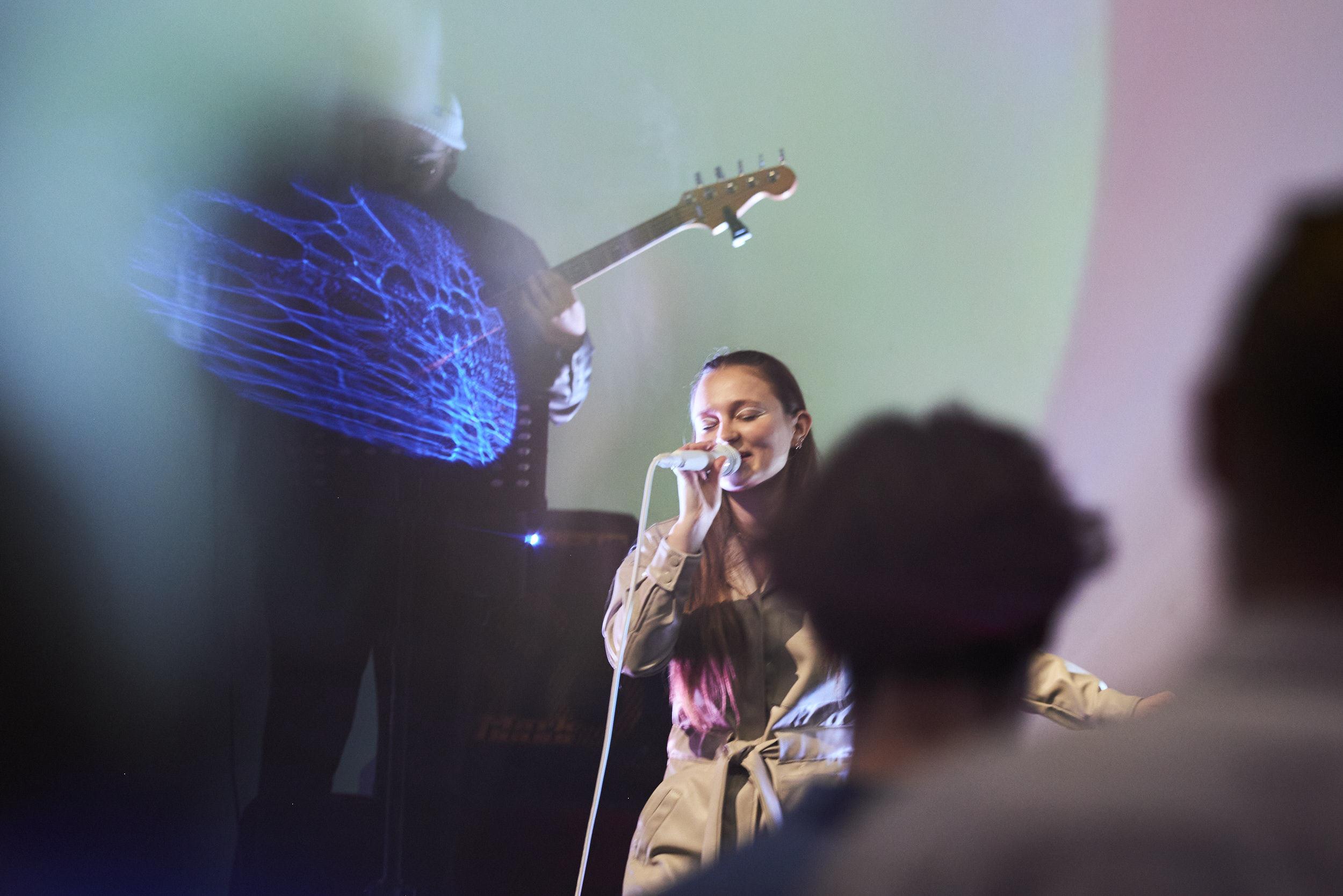 On the last day of March, the «Digital Art House» art center gathered many Latvian music lovers because the singer Elīza Ašmane with the stage name EZIA presented her debut album «Cycles», which she worked on together with the composer and producer Reinis Ašmanis. As the singer says herself, the album’s main message is the cycles that every human being goes through every single day throughout our whole life, and the compositions are about love, separation, self-searches, and dreams coming true.

In 2018 I already met Elīza, at that time being a Riga Dome Choir School graduate and the Jazz and modern music department student of the New York’s «The New School of Jazz», which she graduated last year. Back then, the vocalist told me about how much jazz inspires her. However, her debut album only bears some jazz influences – the musicians themselves say that the result merges neo-soul, soul, R&B, and music of the other genres. 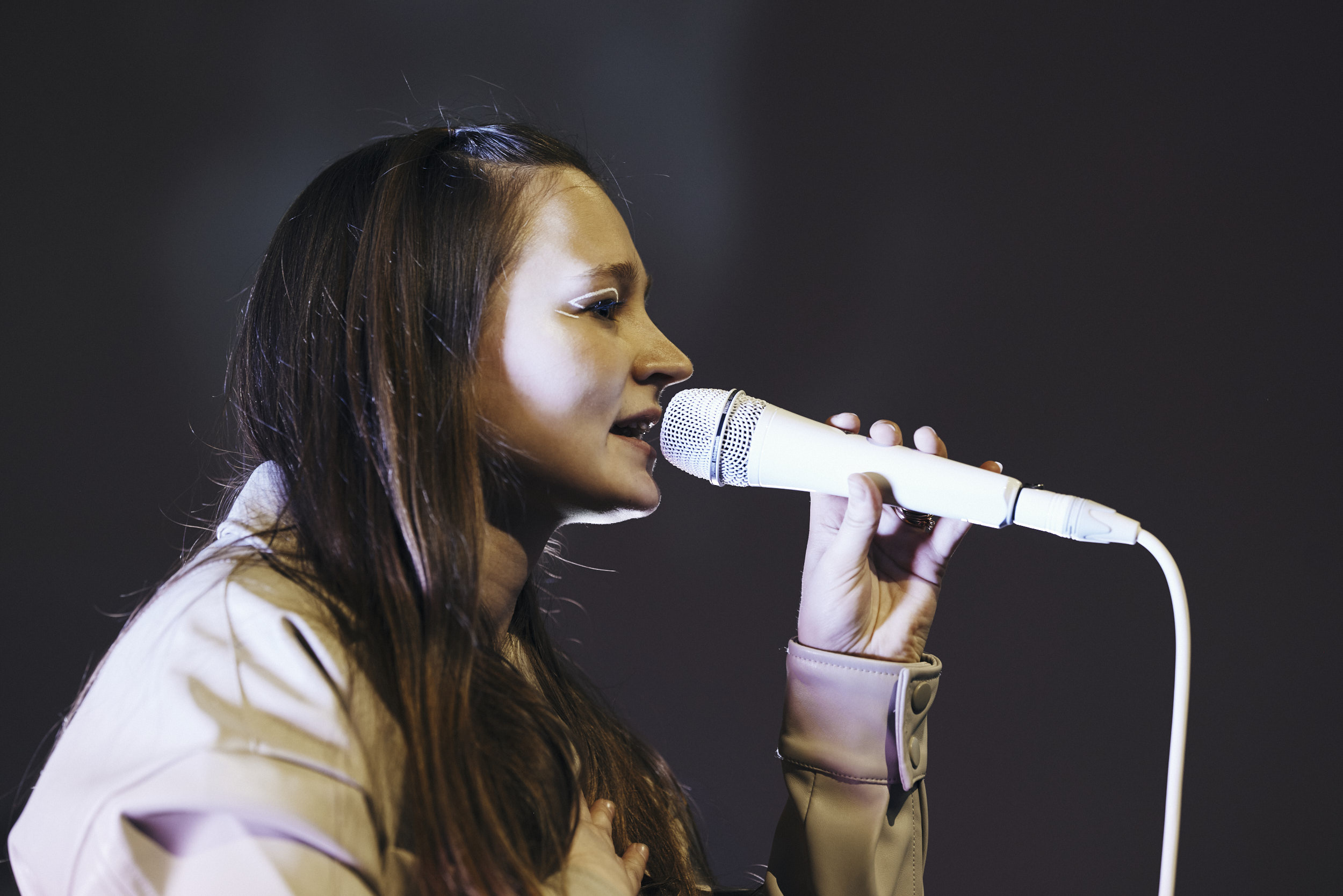 On the stage, together with Elīza, there were keyboardist Edgars Jass, bassist Daniēls Pelcis and drummer Reinis Ašmanis – a small line-up meant a slightly clearer sound that was quite important for the venue. I’m not sure that «Digital Art House» is the best place for live music shows, or maybe it was a sound engineer’s fault, but if the album is the vocalist’s debut, I’d like her voice to be way clearer, not even talking about the musicians’ input. Although I have to admit both the singer and the band were great from a musical point of view.

The listeners had the opportunity to enjoy the video projections along with the concert, atmospherically intertwining every composition, adding more colors to each. The audience present was truly musical – from the really young industry people and Elīza’s peers up to more experienced jazz cats enjoying the night. The course of the concert musically echoed the album’s name – the music was smoothly flowing, seemingly circling around. Except the very last composition played as an “encore” that made the audience move and dance along with the music, all the rest, in my opinion, could be enjoyed while sitting in a cozy chair with a glass of wine. Most probably, along with some creative talks, you could leave the projections in the background. But let the album idea authors talk about the projections themselves. 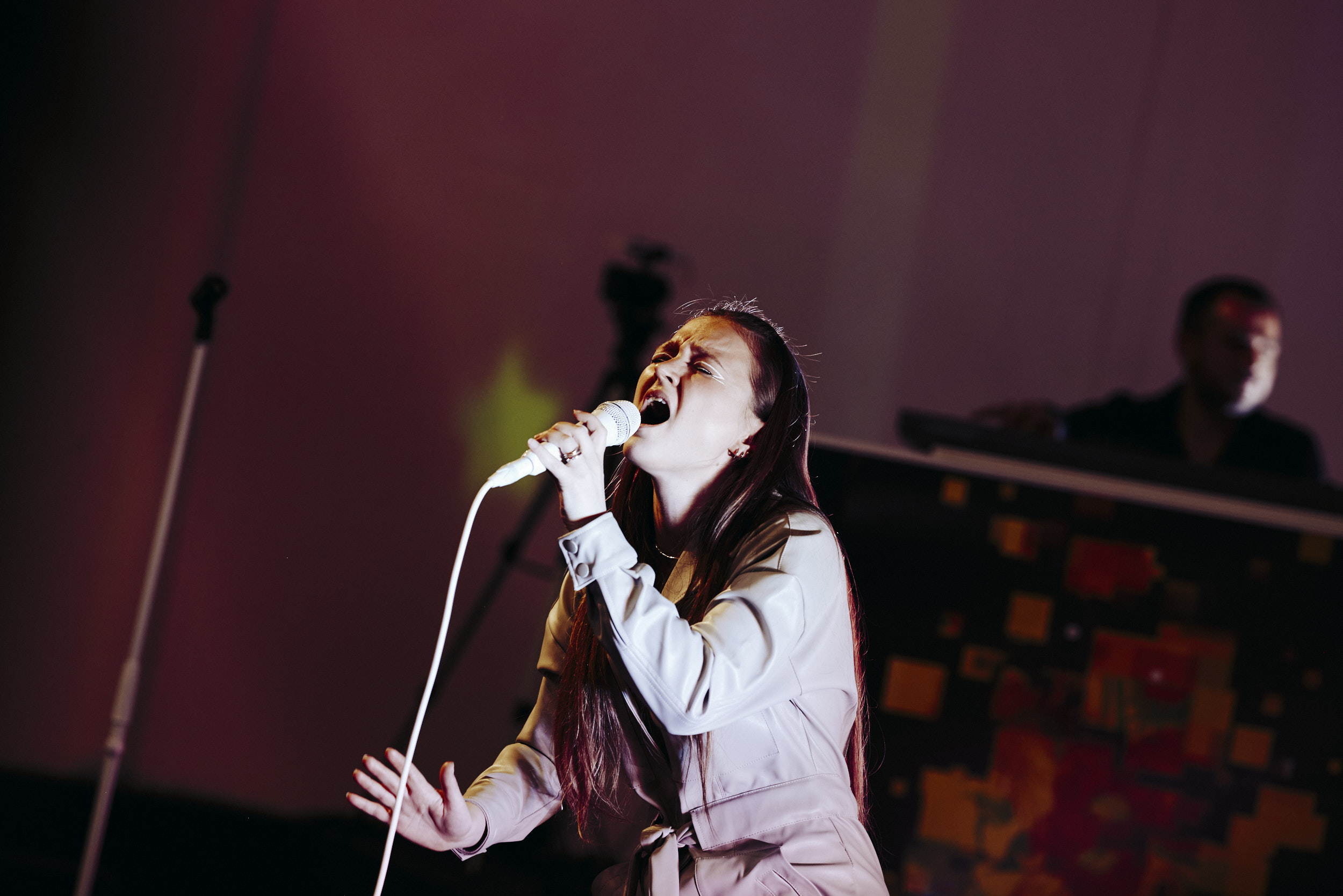 At one point, I felt I’m not moving forward with my own music at all. Then I sat down, selected the songs that got together as one conceptual project, and realized that I had to work on finishing them all. You have to dedicate time and energy to work like this – thank god, I have a great partner Reinis whom we can work together with. This album is my way of perceiving everything happening in America from my Latvian point of view. I like being aware of everything that’s happening in the Latvian musical world – the main thing is that the people open their minds, let things flow, experiment, and keep searching for their own voice because there aren’t any wrong things. We keep running, are happy and sad, life has its ups and downs, but we still move forward. 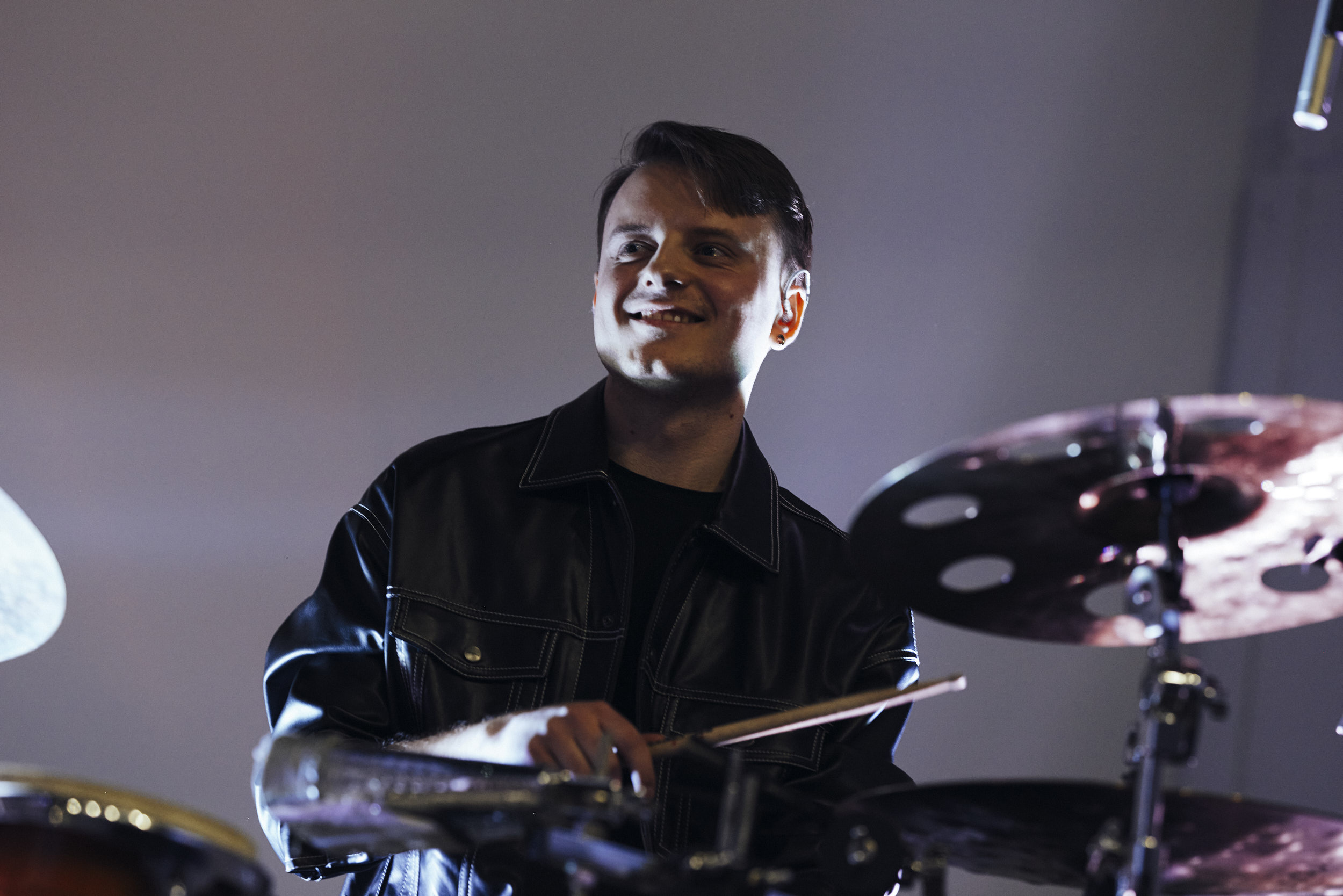 Working on this album gave us a lot – this has been a real journey, and we’ve been collaborating with many people from New York. The biggest challenge was finishing this album – in the beginning, we had some twenty or thirty songs to choose from. This is a very pleasant beginning of the project – we’ve already begun talking about the new challenges, new collaborations, and began the video filming. That’s a very uplifting feeling. Together with EZIA, we’re riding the wave and will use the moment to keep going forward. Life has its cycles, the journey circles around, and sooner or later, you’re going to return to the very same point where you began.