Music that reveals secrets of space 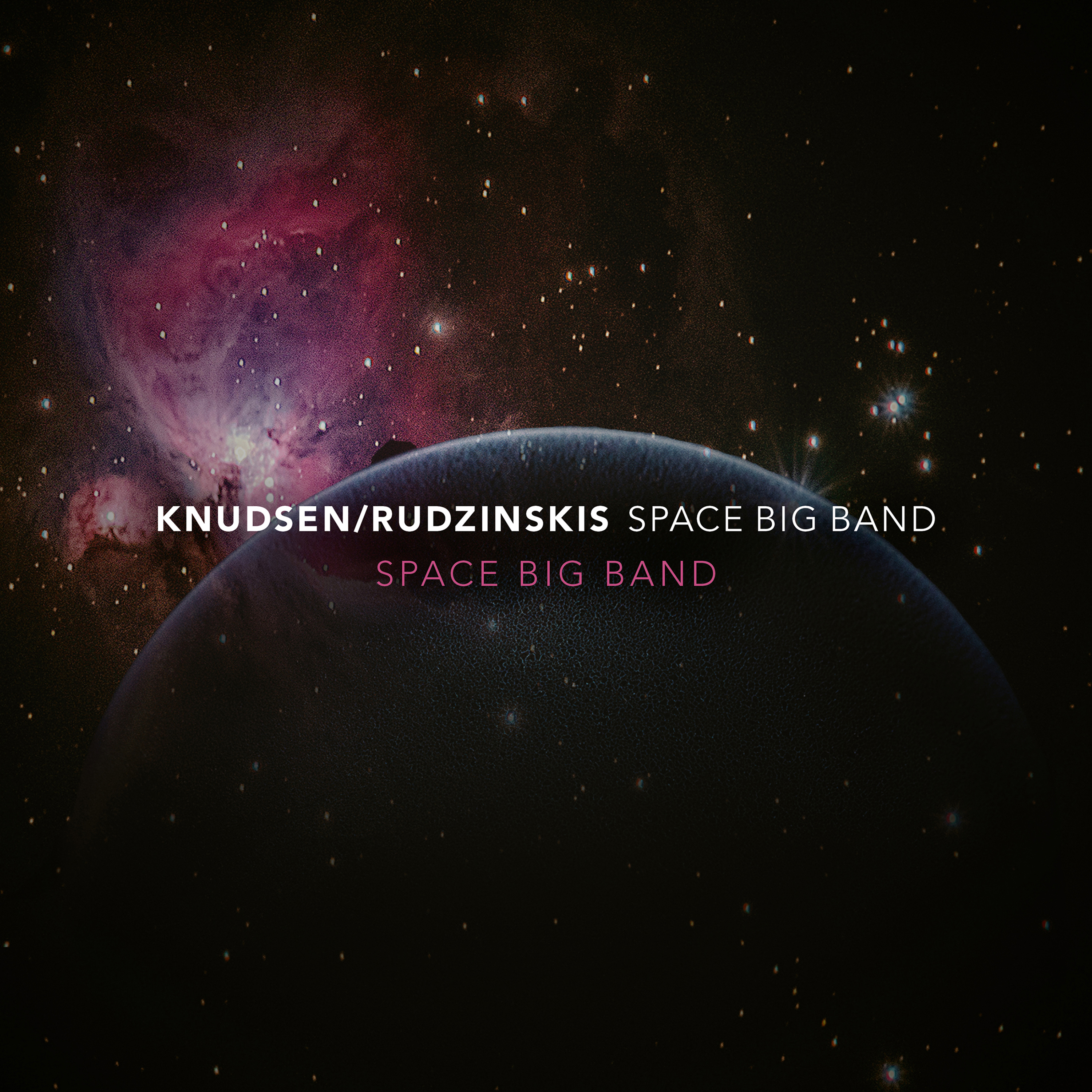 «Space Big Band» is a modern big band music project based in Berlin, artistic leaders of which are Latvian saxophonist Toms Rudzinskis and Danish double bass virtuoso Kenneth Dahl Knudsen. Both musicians met while actively working in the Berlin musical environment. In October of 2021, the German music label «Double Moon Records» released the debut album of the band with ten compositions, the authors of which are Rudzinskis and Knudsen. The volume of the work was divided into two parts, so each of them had composed five pieces. Eighteen musicians participated in the recording session in «Blackbird Music Studio» in Berlin — conductor Malte Schiller joined Rudzinskis and Knudsen, along with musicians from Austria, the USA, France, Russia, Ukraine, Germany, and Sweden.

Having dealt with big band music before, both authors of the project idea realized that the significant part of music composed for a modern big band still has powerful historic jazz subgenres influence. Both the band’s name and the space theme, encoded in the band’s music, signifies thriving for discoveries and conquering territories yet unseen. The contents of compositions by Knudsen are made of contemplation on the unbelievable wideness of space both in terms of place and time. Celestial bodies also get attention — planet Earth and Mars, as well as satellites Phobos and Deimos. Rudzinskis, in his music, talks about the origins of our planet, geological processes, and development of life forms. It’s evident that both authors encompass an extensive period of time in their works — from the very beginning («Before Time») until sketching future visions («Arrival To Mars»).

With the word «space», Rudzinskis and Knudsen mean a free open territory for new ideas, improvisation, and less traditional musical forms of the band. The album often reveals episodes where the ensemble doesn’t sound much like a big band — expanded episodes of the form are dedicated to a solo instrument or smaller bands. Different strategies which both artists have used in their compositional process highlight the current tendency to consider the big band an independent large format ensemble, a special type of an orchestra where the music performed doesn’t have any borders of the genre.

The volume of the compositions is also very different — shorter tracks are less than four minutes long while longer are over ten minutes long. A wide stylistic color palette increases the chance of finding something more specific for every listener. The more conservative listeners can be a little bit disappointed while the ones that already have their own idea about big band music and want to break the stereotypes will most probably enjoy the collaboration of Knudsen and Rudzinskis.

One of the less pretentious compositions in terms of the musical language is Knudsen’s composition called «Terra» — a monorhythmic choral created almost out of pure tritones, played by the piano and brass instruments in turns. After getting the listener acquainted with a harmonic plan, the trombone gets in the spotlight, which plays melodically over the previously laid out harmonies. The following composition, «Before Time», continues the majestic mood. Later on, while the dynamic grows and the orchestra’s texture becomes denser, the culmination gets reached. An unusually composed ending of the piece stays in the listeners’ memory, where the usage of hexatonic gamma built from minor thirds and minor seconds can be clearly heard. In the beginning, the melody slowly ascends, and after that sharply downfalls.

Knudsen has a clear interest in using different ways of rhythmic expression, and that clearly appears in the composition «Phobos and Deimos», where the piano in the middle of attention gets gradually joined by the rest of the ensemble. Lyrical, singing melody along with the accompaniment creates beautiful, wide polyrhythmic ornaments — more attentive listeners will definitely recognize such polyrhythmic pairs as «5 over 3», «7 over 4», and «7 over 3». This is also a great example where advanced rhythmical solutions can function in slower and calmer compositions as well because the rhythmic effectiveness more often gets associated with dynamic and complex musical material.

«Arrival to Mars» begins with fanfares in the 7/4 meter. Octave jumps performed by metal wind instruments and the military manner of play of the drums create a weird alien march feeling. Then various abrupt mood changes follow, and arranged parts are replaced by improvisational parts, where the trumpet and saxophone are at the center of attention.

The album hit and one of the easiest to listen to can be considered a composition of Rudzinskis «Anima». It was created following some well-tried recipes and with a tasteful element arrangement. Three chord riffs created by well-sounding harmonies, put into a high-quality groove by the rhythm section, definitely make the listener at least rhythmically move his body parts or maybe even dance while listening. Because of the improvisation created throughout the whole form of the composition, as well as the progress of the form based on repetitive parts, «Anima» is one of the longest tracks of the album. A definitely successful one and also easily accessible to the broader audience is also «Permia» — balladic, slow rock waltz in 6/8 with a thematic material that stays in your memory.

Better prepared listeners who like more complicated compositions will appreciate Knudsen’s «Dark Ages» and Rudzinskis’ «Hades» — dense compositions full of harmonic and rhythmic information that will demand numerous listening times. The listeners will also enjoy the contrasting and conflicting «Orsa» which the trip to space begins with. In the end, there’s the atmospheric «Vaalbara» — a story about one of the early supercontinents.

Rumor has it that there’s a chance that the album material performed by the musicians themselves might also be heard in Latvia live in 2022. We’ll keep our fingers crossed!