Music is a bridge to connect us with the past

Each song as one year of life, a river, and oak that brings inspiration, friends, and inspiration that comes from nostalgia and challenges — all that in an album by Davids Bejers «Home» 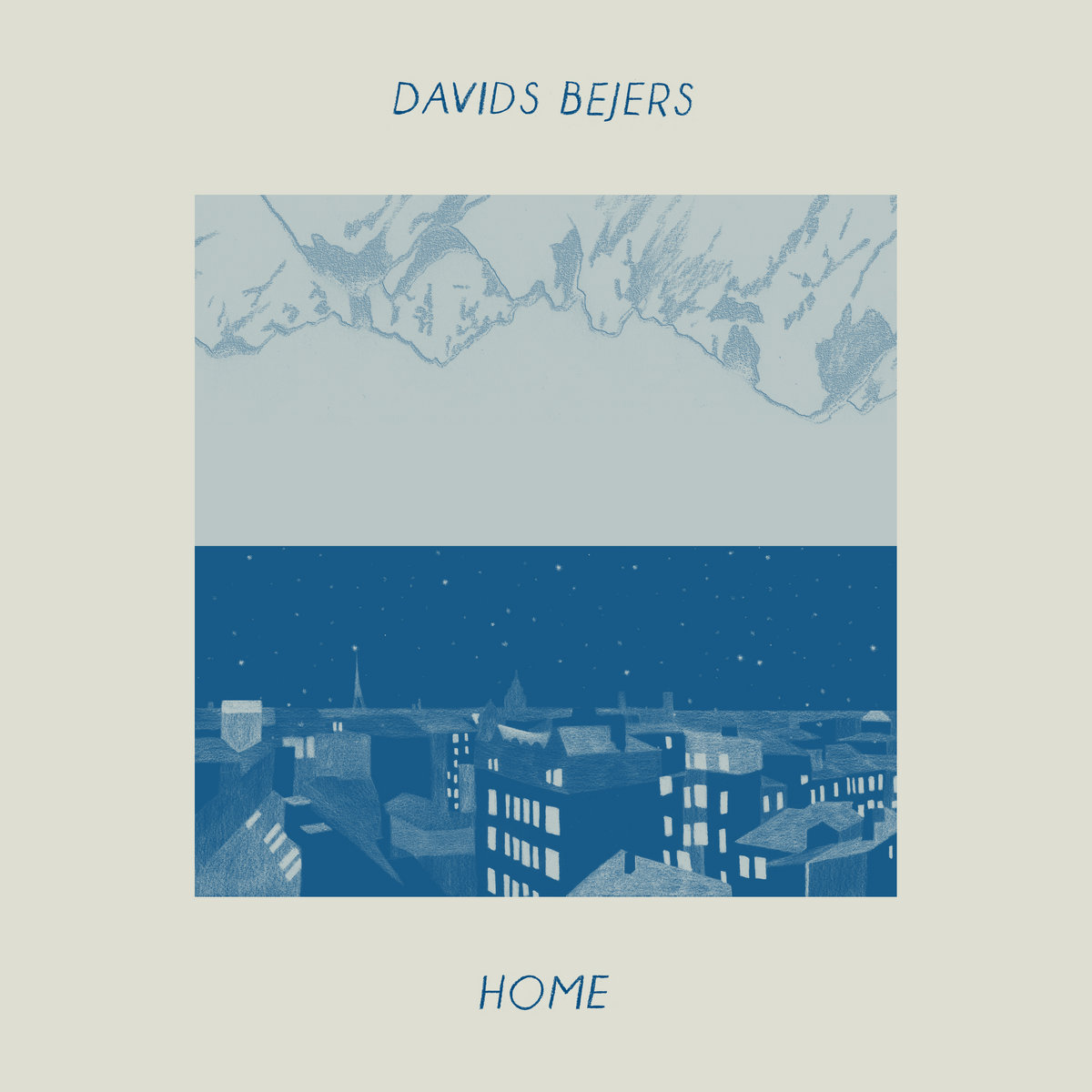 December 1st was a good day because it was when a debut album of a young guitarist named Davids Bejers was released to the public. The album’s name is «Home», and it took nine years to finish! The compositions on this album are very different, and although it took 12 musicians to record it, you will hear various lineups in every tune — starting from a trio and up to a nonette. Davids himself had said that: «Music is always about the past. In 2013 I realized that it was time to record an album, I’ve seen time flying, and I couldn’t recall what kind of person I was yesterday. So I’ve taken it upon myself to compose at least one tune a year. Each composition tells a story of how I felt at that moment and serves as a bridge to the past. Nothing more. Nothing else.»

As I already mentioned, the repertoire of this album is quite eclectic, both instrumentation wase and stylistically. One can hear influences of different styles — from ambient to post-rock, but you can undoubtedly hear a strong jazzy vibe throughout all the tunes. The album features such musicians as Davids Bejers (guitar, composition), Tuomo Ūsitalo (piano), Ketija Ringa-Karahona (flute), Reinis Puriņš (trumpet), Roberts Martinovskis (tenor and alto saxophones, clarinet), Raimonds Petrovskis (tenor saxophone), Kārlis Feldbergs (trombone), Toms Kursītis (double bass), Pauls Ķierpe (drums), Ēriks Miezis (vibraphone), Līga Paulīne Saija un Dārta Drava (vocals). The sound engineer of the recording is Sedriks Artūrs, and Pauls Dāvis Megi did all mix and mastering.

It is always exciting and inspiring to hear works by young Latvian musicians and how they make their contribution to Latvian cultural life; Davids is definitely amongst those youngsters — he had entered the local jazz scene through enrollment into the jazz department of Jāzeps Vītols Latvian Academy of Music after graduating from Ventspils music school. Since then, he had managed to gather his coursemates and form a band called «Snakes on the Plane», who had actively participated in multiple jam session nights while working on his debut album. I believe it to be a good sign that young musicians have the courage and strength to show their compositions to the public; we have already seen such examples recently — albums by Vadims Dmitrijevs and Kristiāns Kalva that have presented their debuts approximately at the same time as Davids. First, such examples demonstrate that young Latvian musicians are talented and creative. Secondly, Latvian jazz continues to grow and develop because we see no lack of new music to explore; our CD collections are becoming more prominent each year! So I, of course, decided to contact Davids and invite him for a bit of chat about his debut album «Home». Please, enjoy our conversation and then listen to his album!

Congratulations on the debut! Tell me about how you came to the idea of recording and releasing an album?

Thank you! In truth, I had wanted to record an album since I got my first guitar and started playing, so — for a long time! It was, I believe, in 2008. Before then, I had played drums, but that was a short episode. I hadn’t attended music school as a child, but I got to study it in Ventspils music school; I enrolled in the jazz department in 2013. That’s also when I started composing. All the tunes in the album are placed in chronological order starting from that point and on. A short booklet comes with an album, and there’s a unique illustration for each composition; Ella Kalve made drawings. The last composition was finished last year. If you want to know about things that inspired me to write my music, then that’s is classical music, then jazz, fusion, and post-rock; you can also hear it in my tunes. For example — «August» and «Oak» were written when I was very into ambient and post-rock music. And by the way, «August» is also my first serious composition.

What do you mean by «serious»?

It was the first composition that I finished, and it’s a composition that became a starting point in my composition journey. When I finished «August», I realized that I like writing, that I’m pretty good at it, and that I want to continue doing it! Then came a composition called «Oak», and I addressed it to a particular tree — yes, I feel a connection with an oak! [laughs] This tune is a bit nostalgic, just the same as «Misa» — that is a river in the Olaine district. Our family owns a small house nearby, and in my childhood, I used to spend a lot of time there, so this place is very dear to me. Each time I go there, I feel energized and inspired; that’s why I dedicated compositions to an oak and a river.

Composition «Misa» is a miniature for a flute, guitar, and vibraphone. I wrote this composition also because I was inspired by the book by Haruki Murakami, «Colorless Tsukuru Tazaki and His Years of Pilgrimage», where the main idea is that each person has this one special place that he wants to come back to. For example, the protagonist loves spending time sitting in metro stations, and he can’t explain why. What was so special about those metro stations that he always felt at home there. It’s the same for me with the Misa river and oak there. The flute was meant to represent bird songs on the river’s shore, but I had recorded the sounds of the river myself! When in 2015, I recorded a demo version of this tune, I simply used some demo track of the sound of water, but when the time came to record an album, I decided to do things the right way. I took a ZOOM recorder and sat near the water, recording the river; it was pretty cold! [laughs]

Then in 2016, when I wrote the composition «Sun», I was very into Latvian folklore and mythology. There, but also in other cultures, the sun represents eternity and stability — each day starts with the sunrise and ends with the sunset. That is the idea I wanted to show with my music. This composition has a lot of wind instruments; that was the time when I was studying how to use them in composition. Similar story with the rest of the tunes — it took me a while to be ready to record. All these compositions are like nine years of my life.

Why such a long time and why is now the right moment to release the album?

I’m in my last year of studies; I’m graduating very soon, so I thought it was logical to release an album at the same time. It would be like finalizing a certain period of my life.

There is Pauls Ķierpe on the drums, I have studied with him in Ventspils, then there’s Toms Kursītis on the double bass, he’s my coursemate from the academy… all in all, there are 11 musicians that had joined me in the recording, a lot of different instruments. I did try to find musicians that would fit into each composition just the right way, but at the same time, all of those people are my friends and colleagues — I’ve known Roberts Martinovskis since Ventspils, I have studied together with Raimonds Petrovskis, and now we work together in a music school in Bolderāja district, also we’ve played together in the «Snakes on the plane» band. I know Ketia, the flutist, from the academy, etc. I feel a connection with those people as friends and musicians. 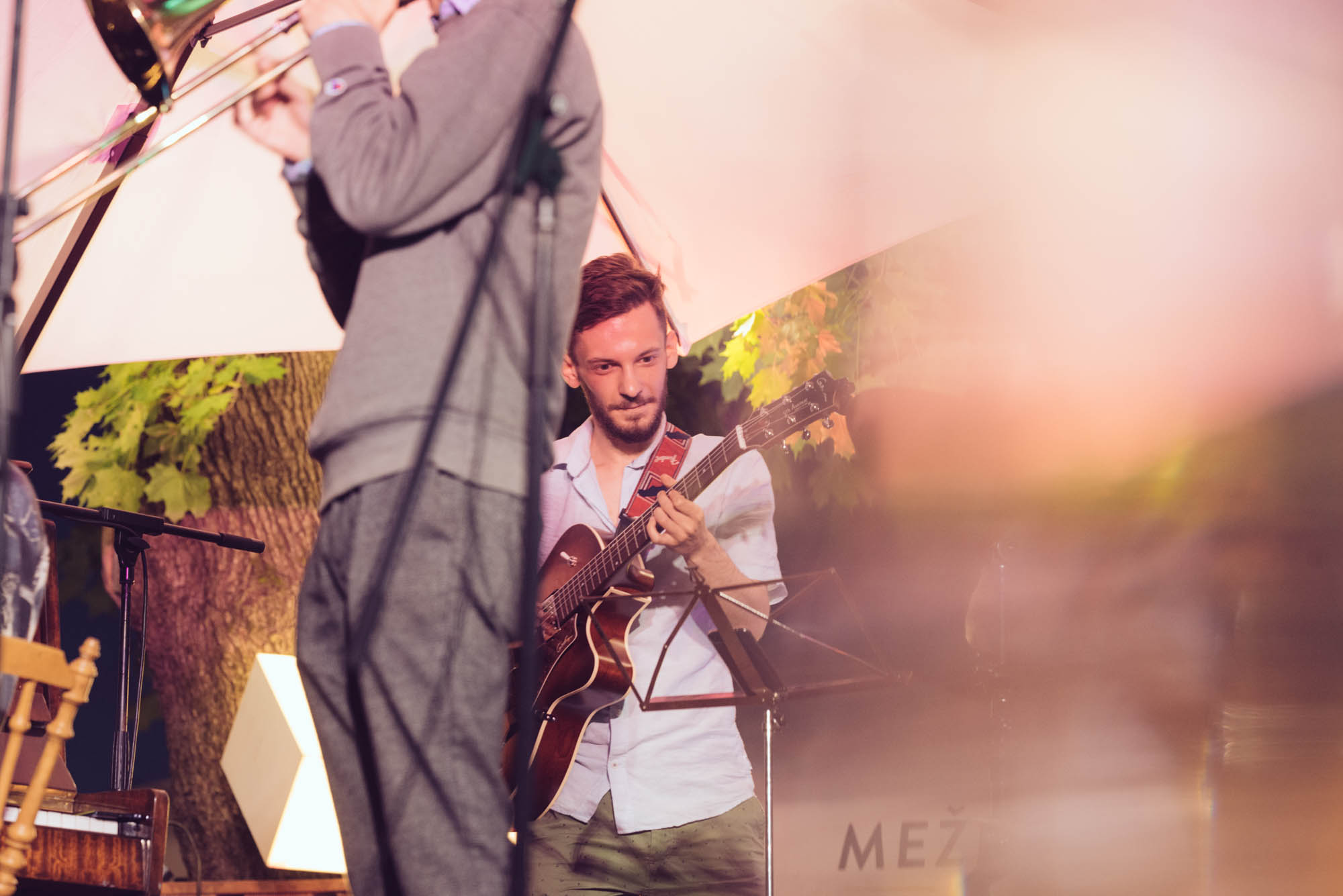 Your album is mostly instrumental, but there are some vocal tunes as well!

Yes, there are vocals in two compositions — «Sun» and «Moon». I have used one of the folk songs, «Ai saulīte, mēnestiņis», as a basis for the composition «Moon».

So what’s the verdict — do you lean more toward composing instrumental tunes, or are tunes with vocals a thing as well?

I’m more used to writing instrumental music, although my last composed tune was written for a band with vocals — it was an assignment in the academy, I wrote for our combo, and I struggled with lyrics so much… [laughs] I have to admit that I like instrumental music more, composition-wise. But I do enjoy experimenting, and each composition means something new to me, a new adventure. I have also spent quite some time writing a composition for a big band, which is a real challenge! But I enjoy doing something I haven’t done before! For example, I’m working on a tune for piano and a string quartet right now. String instruments enchant me; I listen to Beethoven’s music a lot — I like his instrumentation and harmonies. He inspires me. Shostakovich also is fascinating.

It looks like composition is a great part of your life — you have studied with different composers, such as Andris Dzenītis, Ēriks Ešenvalds, and Tuomo Ūsitalo, all from different musical worlds!

Yes, and I also see myself more as a composer in the future and less as a performing artist. I am planning to continue my education, but I’m going to concentrate on composition even more, this time. I want to get my master’s degree in jazz composition, but unfortunately, it’s impossible to do in Latvia. I want to write film music, especially for «art house». Before I went to Ventspils music school, I was considering becoming a film director, but the music was more interesting to me at that time. Now it seems that I have found a way to be involved in both worlds — music and movie creation, by writing music for movies; I love doing that a lot!