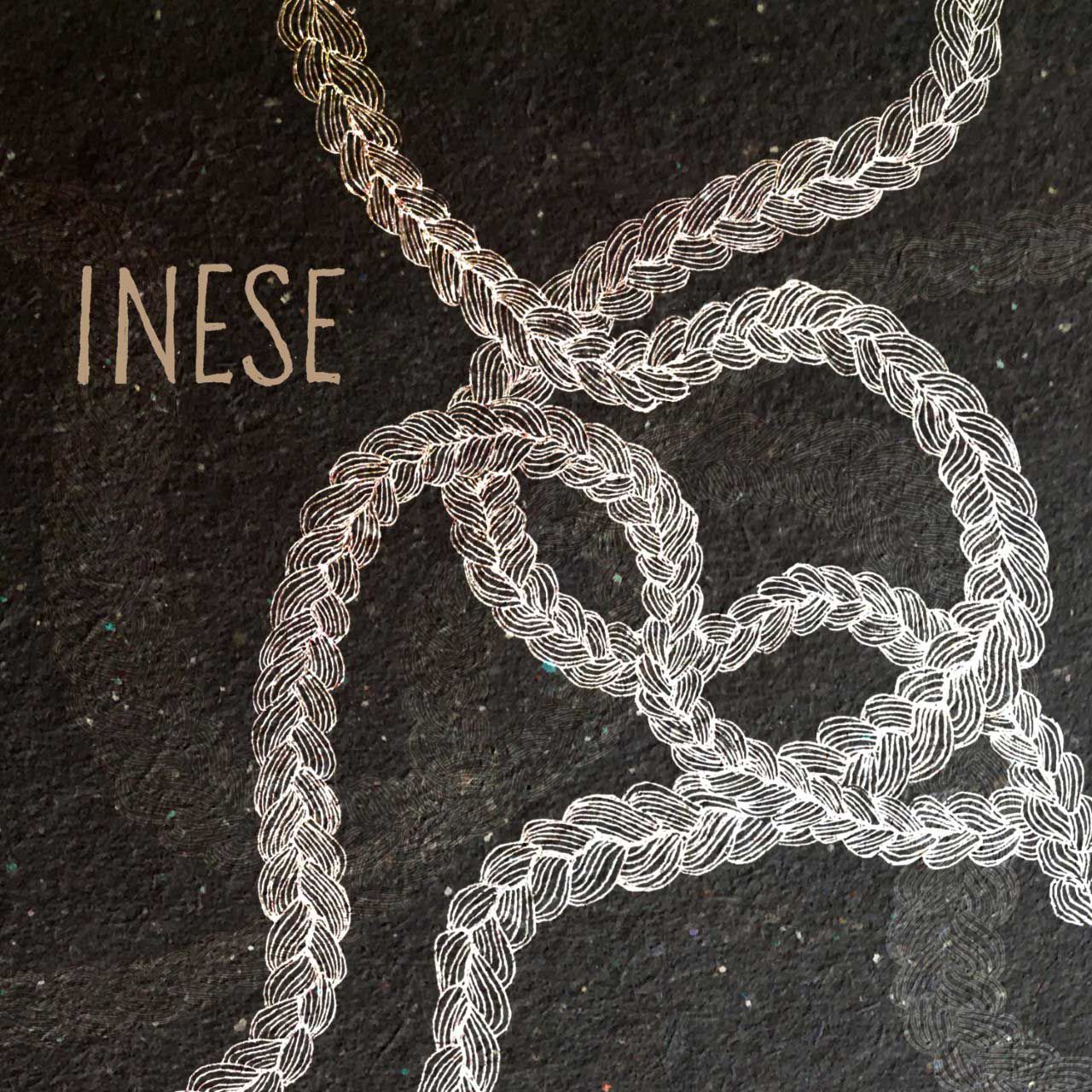 Well, that’s a real surprise – this is what I felt when I began listening to a jazz singer Inese Bērziņa’s song album “Inese”. Knowing Inese for many years as a great jazz singer and vocal teacher, always smiling and full of sparkling energy, receiving such a strong musical statement, which isn’t strictly jazz, was something really unexpected.

Inese really is one of the most optimistic people I know. Usually, when we meet, even if it’s only 30 seconds, there’s so much laughter, funny stories, and optimism that it’s enough for some time. However, this album shows us a completely different Inese – very feminine, emotional, and open, the one that isn’t scared to guide the listener through her deepest emotions and feelings.

The whole mood of the album is surprisingly serious, sometimes even philosophical, which is proven not only with the compositions with different, peculiar, and sometimes even complicated arrangements but also song lyrics that tell an emotional and very personal story. The authors of the lyrics are Mārtiņš Svilpe, Artūrs Strautmanis, Roberts Kovtuņenko, Aleksandra Line, and Inese Bērziņa herself, as well as Latvian literature classics Imants Ziedonis and Elīna Zālīte, which itself is quite a strong statement.

The album definitely cannot be put into the “jazz” category – in my opinion; it suits the singer-songwriter category with the characteristic emphasis on the author performing his own songs and the whole band mostly helping him, which is done really smoothly here by all of the musicians. The recordings were done by: piano – Marika Šaripo and Matīss Repsis, tuba (!) — Eduards Lipāns, drums — Artūrs Strautmanis, guitar — Miķelis Vanags, trumpet — Kristians Kalva, saxophone — Rūdolfs Rubenis. The songs were also recorded at different times in different places.

When listening, I involuntarily had an impression I was listening to a very personal story that’s also proven by the whole song composition of the album. Beginning with a slightly depressive and dramatic «Neprāts līst» (Madness pours), followed by «Pasaulē tu nāc viens» (You enter this world alone), played by the brass ensemble. After the energetic and active «Kur gaišums mīt» (Where light lives), the listener gets taken to a more emotional and lyrical state in «Nakts» (Night) and «Noktirns» (Nocturne), and there’s also a heavy «Mainies» (Change!) in the middle of it all, sounding in the dark moods of Miles Davis. Then, right on time, we can hear the ironic and groovy portrait of the singer itself, “Inese”, depicted by Miķelis Dzenuška, where we can at least hear scat solo improvisation by Inese. After the polyphonic, experimental, and cosmic «Tuvumā» (Close), the album ends with a romantic and pensive «Vokalīze» (Vocalize), leaving the listener in a slightly melancholic and thoughtful mood.

One of the culminations of the album is an active and lively «Kur gaišums mīt» (Where light lives), the whole mood of which, in my opinion, depicts Inese’s philosophy of life that we can put into words approximately like this: despite everything, optimistically forward! The whole album is well complemented by the sounds of saxophone played by Rūdolfs Rubenis, and this is one of the most successful compositions of the album overall.

Quite interesting is the arrangement of the composition «Pasaulē tu nāc viens» (You enter this world alone) by the brass ensemble of Eduards Lipāns, which is a different and original episode of the whole album. Although the «Mainies» (Change!) misses some real rock and groove – in my opinion, the sound is too light and in the end doesn’t prove the musicians’ point, despite a surdined trumpet of Kristians Kalva, sounding in Miles Davis’ style, and excellent guitar solo by Miķelis Vanags. The end of the composition really misses proper hard rock, which would bring a completely different sound and meaning to this composition. A similar impression was left after some experiments with «Tuvumā» (Close), which are interesting, although aren’t enough. Although what is definitely worth praising is the consequent sound of tuba throughout the whole album, which undoubtedly brings the entire ensemble sound some real charm.

To conclude, I have to add that every work which could be finished nowadays is worth praise, especially if it’s as personal and real as the “Inese” album. Without any doubt, I congratulate Inese Bērziņa on this great job and result, the ability to manage it all, record, and produce until the album was ready. And the main thing is being brave enough to reveal and bring her true personal story to a broad audience. The only thing left is to wish Inese to keep on!