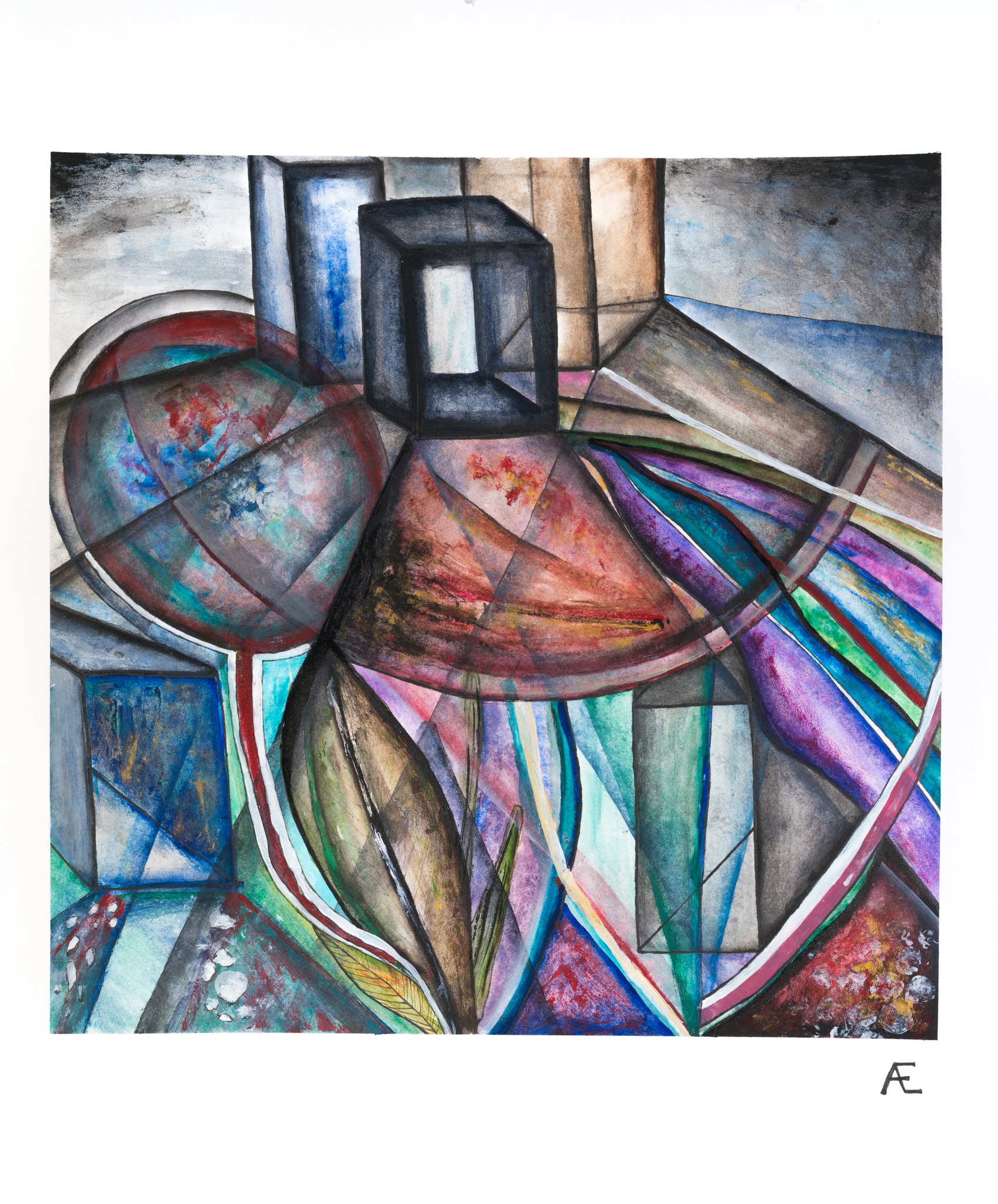 In February 2022, «Pulse Trio» (led by Latvian drummer and composer Pauls Pokratnieks) released a debut album, «The End Is The Beginning». Earlier, the band published three singles — «Bunker», «Song From The Past», and «Tears Of The Forest». This way, listeners could get an idea of the band’s sound even before the album became available in full length.

Pauls Pokratnieks is the composer of all tunes in the album. After his studies at Riga Dome Choir School (Latvia) and Royal Conservatory of The Hague (Netherlands), he moved to Gothenburg (Sweden), where he worked actively as a performing musician, at the same time practicing and developing his teaching skills. The album marks 12 years-long period of his life in Gothenburg, which Pokratnieks recently closed with a decision to move back to his homeland.

The line-up of the trio consists of Pauls Pokratnieks himself and two nordic musicians — bassist Olli Rantala from Finland and pianist Fabian Kallerdahl from Sweden. They all met in Gothenburg. The debut album of the trio also features brief appearances of the vocalist’s Jenny Soovik (also known as «Paperwing») and Maja Molander.

The 2-days-long recording session took place in «Studio Epidemin» (Gothenburg), supervised by a sound engineer (also a double bass player) Johannes Lundberg. Recordings were made almost two years before they were published. Mixing and mastering of the tracks have been done by Olli Rantala. Other members of the production team include Kristīne Martinova (design of the album), Amelie Evmark (cover art), and Jim de Block (photo). Swedish Arts Council has financially supported production of the album.

«Pulse Trio» describes their music as a blend of different genres and styles, influenced by classical, popular, and world music. Pauls Pokratnieks says that the compositions have been inspired by real-life experiences, resulting in valuable life lessons.

The setlist of the album starts with two tunes that are logically connected and, most likely, meant to be listened to one after another — at first, we listen to «Dreams», and then comes «Reality». «Dreams» musically can be described as a rhythmically free piano solo, accompanied by abstract percussion and bass sounds (long notes and soft rolls). The rhythm section here is taking a different direction, working more to enrich the timbres and overall soundscape rather than keeping strict time or marking accents.

We can see the similar strategy also in «Tears Of The Forest». Pokratnieks on drums continues to deliver soft and subtle sound colors. The role of the time-keeper here is taken by bass. Accompaniment, consisting of slow quarter notes (reminding us of walking bass lines we can hear in more traditional styles), functions as basis on which the piano player can rely on strongly, so there always is a place to return after far and intense adventures in the world of rhythm and harmony. Changing the traditional roles of the instruments in the ensemble is a cool way to make the music more interesting, especially in such small band formations as the piano trio.

Three compositions in the album are based on riffs — short, repeated melodic phrases that appear throughout the tune. «Reality» is an excellent example of such a technique. In this case, the riff is played by piano and bass, and during the development of the tune, it slightly changes, so it doesn’t get annoying or boring. Another way of surprising the listener and searching for new ways to express the music is the sample of human speech in the place where we traditionally would expect the improvisation of an instrument. This, together with the main melody of the tune (made from long notes and played on a synthesizer), forms a strong composition that stays in your memory after listening to it.

We also see similar attempts to make things more interesting in «Bo(Drum)». After the main theme (also riff-based), we hear an unexpected, rhythmically free drum solo episode that literally destroys all previously built structure. The rest of the band members join again slowly, and the structure is gradually rebuilt again. It’s possible to see this as an example where the main idea and story of the composition are told through the form and structure, not the melody or words, as in most cases.

«Bunker» starts with a dense, electronically generated sound that somehow reminds the sound of an organ. Later, musicians join one by one. First comes bass, then drums (with muted drums, no cymbals), and piano. After the main theme, the texture gets more transparent, and dynamics become less intense. Here we get an impression of the start of piano improvisation. After reaching the climax, the improvisation ends, and a very subtle and fragile musical texture is created. Softly, the recapitulation (the appearance of the central theme in the end again) starts. We recognize it by the organ-like sound we have heard in the beginning. Slow-paced and strict tempo together with a riff, creates a meditative, introverted and balanced atmosphere.

As the title suggests, «Song From The Past» could be a tune composed many years ago. Musicians have made the arrangement of the tune in a simple way by not complicating things where it is not necessary. After easily accessible melody in the beginning and improvisations done by bass and piano, we hear a little surprise — a short synthesizer solo episode that takes the listener to another reality for a while. The most attentive and open-eared listeners would notice the slightly pitch-bended notes. In the end, we don’t hear the recapitulation — the end of the piano improvisation functions also as the end of the whole tune.

«From Zero To Hero» starts with an extended, slowly, and gradually developing intro. Here we see another example where the title of a tune is also justified in a musical sense. As in the previous tune, well-prepared and straightforward ideas are also used in this composition. The tune’s melody (again, performed by piano and bass) starts with an ascending diminished scale-like pattern. We hear it twice in the beginning and once in the end. The development of the tune is evident in the piano part, where the right hand plays repeated figures in the main theme, while accompaniment gets more alive and diverse in the improvised sections.

The title track of the album «The End Is The Beginning» and the following «P to V» are two versions of the same tune. The first one is instrumental, but the other one features vocals. This is probably a composer’s personal message to someone because it is possible to suspect that «P» could mean «Pauls». In the vocal version, there is piano accompaniment only. In such a setting, the tune becomes more intimate, and the message becomes more apparent. There is not much space for interpretation left.

«Pulse Trio» definitely matches their ambition to call themselves a modern and contemporary jazz trio. The compositions and performances are well-developed and leave no doubts and questions about the quality of their work. Musicians have searched and found the ways to make their playing more diverse in area of playing techniques (Olli Rantala’s playing with a bow, Fabian Kallerdahl’s use of synthesizer), and also they were not afraid to be more open-minded in their approach to the arrangement of the tunes (human speech samples in «Reality», rain and nature sounds in «Tears Of The Forest», pitch-bending in «Song From The Past»). Congratulations to Pauls Pokratnieks, who made a very strong debut not only as a drummer but, most importantly, as a composer. It is exciting to see the bright future in the genre of Latvian jazz trio next to the work of Kristaps Vanadziņš trio and Equanimity Trio.