Folk song and jazz in tango in 21st century Latvia 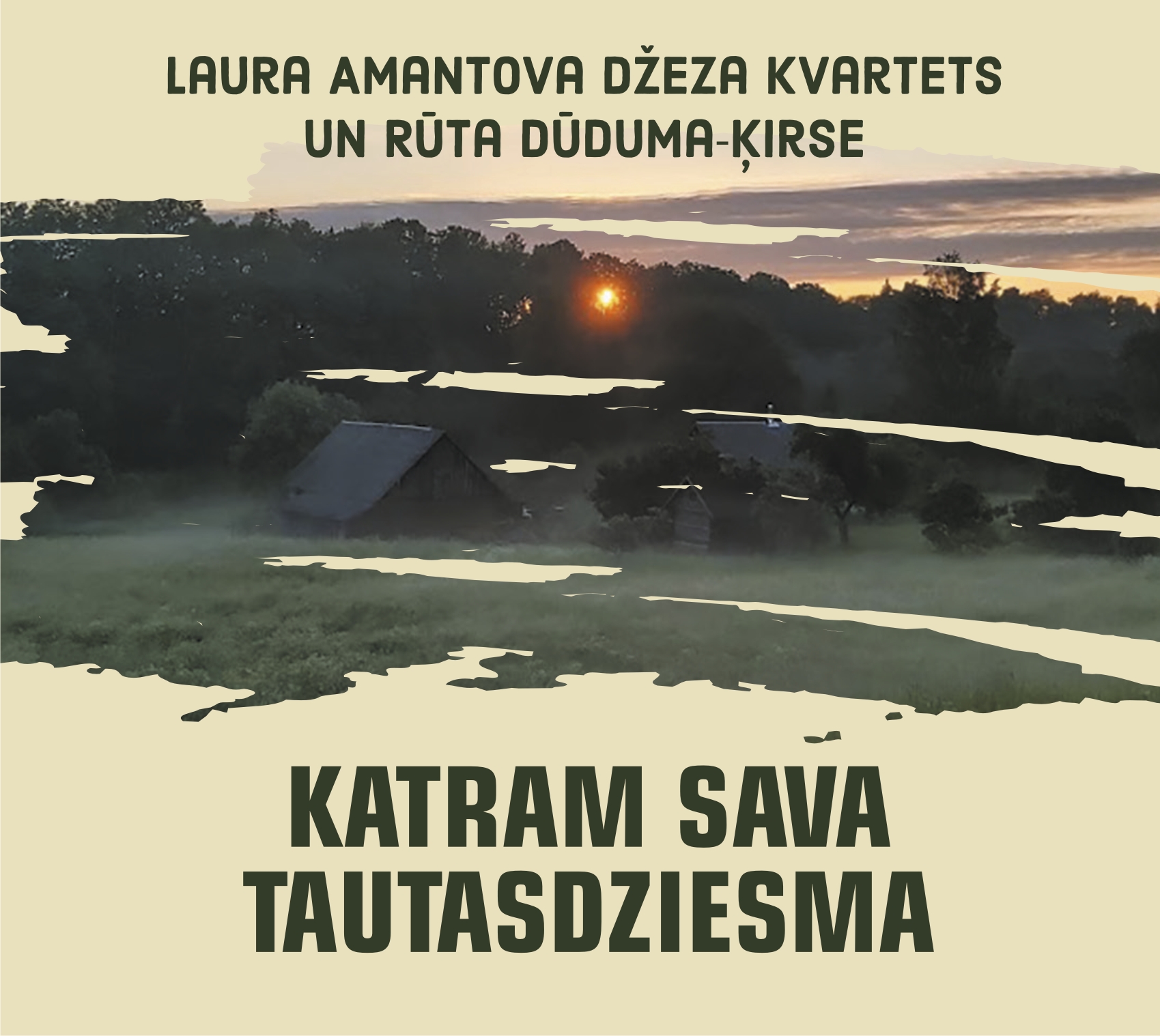 Latvian folk songs have been carrying and preserving our nation’s knowledge, wisdom, spirit, and experiences for hundreds of years. They keep each nation’s faith within themselves, hidden in meters and melodies. And it seems that Latvian folk songs aren’t kept hidden far on the forgotten shelves covered in dust, serving as a sour reminder of years that had long gone but are being sung by every generation, being fulfilled by new sounds and creating a new resonance in people’s hearts while staying authentic and genuine. The folk song has always been in the mouth — in academic circles, hidden between the Mozart-like sounds, in popular music, and then again and again in jazz. «Musica Baltica» publishing house has recently released an album, «To each their own folk song» where the listener can hear jazz arrangements by Lauris Amantovs and Viktors Ritovs. This double edition also features musicians, whose names Latvian jazz advocates and admirers know very well because Lauris Amantovs has gathered some fantastic musicians to play in his quartet: Lauris himself on trombone, Viktors Ritovs on piano, Andris Grunte on double bass, Artis Orubs on drums and a special guest — a wonderful and charming singer Rūta Dūduma-Ķirse.

The melodies of the folk songs had stayed unchanged, which means that you don’t have to guess which tune you are listening to at the moment. But despite the melody staying the same, the harmonies were enriched by a jazzy arrangement played by the masterful musicians; the instrumentation is light and skillful and isn’t overwhelming but rather fulfilling. The musicians of Lauris Amantovs’ quartet are exquisite together but are amazing apart and individual soloists. Each of the ensemble members is a professional and experienced musician who knows the capabilities of their instruments and knows how to use them to achieve the best quality possible. Nevertheless the recording cannot be called a traditional jazz version of the well-known folk songs; it is more a garden full of nuances that enrich the arrangements, letting it bloom, making it always interesting to the listener; each piece has its own color, effects, but preserves the soul of the folk song with its original and authentic glue — the melody.

Rūta Dūduma-Ķirse does a beautiful job of singing these Latvian national treasures. Yes, we know Rūta as an adventurous, versatile, and ever-energetic jazz singer, but in this recording, right from the first note, we are surprised by her humility in the face of a folk song. This is a very different Rūta Dūduma-Ķirse from what we are used to hearing. A calm, smooth and clean voice. The simplicity of her performance, which the folk song requires, is another successful trait of this album. And even if there’s only a tiny sliver of American traditional jazz in our folk songs, some very distant relation can still be found somewhere deep in the roots of the music, and that’s what makes it easy for the musicians to put on the jazzy suits and let the creativity carry them away, creating a completely new and modern-sounding of our ancient music.

«Katram sava tautasdziesma» (To each their own folk song) is an easy and enjoyable album that fits every situation that might occur in life — you can listen to it while in solitude, but also among friends. And jazz music lovers will definitely find some exciting and enticing nuance to add to this musical treat.