Passing of the legends… 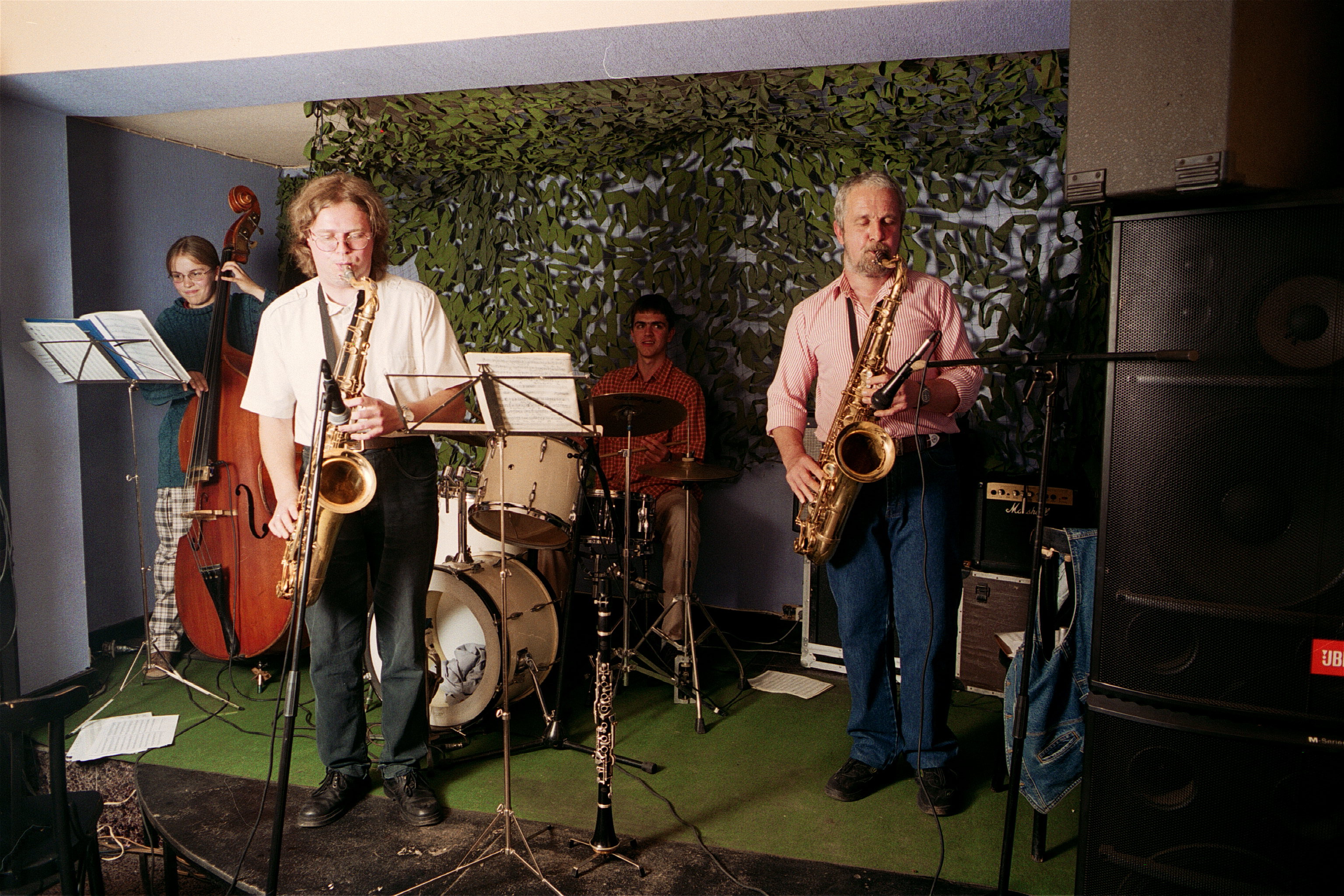 During all the chaotic events of recent time — the pandemic, restrictions, lockdowns, and so on, a passing of two very important to Latvian jazz personalities had almost become unnoticed.

Although each of them had led his own life, so different from one another, both had left a significant legacy in the history of Latvian jazz — saxophonist and clarinetist Juris Mutulis (1943—2020) and trumpet player Zigurds Linde (1938—2021), both now can be considered legendary. Their paths in life had crossed several times, but each went his own separate way.

Both musicians started their professional life at approximately the same time, at the beginning of the 1950s, which can be described as a period when the new generation of jazz musicians established their presence on the scene. It was a time when various amateur jazz orchestras in Riga were leading an active musical life: the famous «Būvīši» or «Armatūra» bands, the first professional ensembles — Latvian Radio popular music (Estrada) sextet, then REO. All in all, Riga’s musical life became quite active, and the musicians were full of energy and enthusiasm. Both musicians had occasionally performed with the «Armatūra» ensemble, but each had his own musical career apart from that.

After performing with various club orchestras and a short while with the famous REO, Zigurds Linde became a long-time trumpet player and bibliographer for the Latvian Radio big band. Juris Mutulis, on the other hand, turns to another profession — becomes an engineer and begins working in a design institute while maintaining his role as a saxophonist in various ensembles in Riga. He returned to professional musicianship only in 1978 when he took on the job of a saxophonist on a wind orchestra «Rīga» and for the rest of his life mainly played in Dixieland ensembles.

Such dry biographical facts don’t really paint a good picture of who these people really were and how vital their input into Latvian jazz was. It is incredibly hard to write about your colleagues in such a manner, people you have spent half of your life with — all the concerts played, all the tours, long rehearsals, close relationships, both of them have definitely been my teachers. And that is precisely why this article will be my last personal letter to the people I was fortunate enough to be in close contact with for many years.

The first thing that comes to mind when thinking about Juris Mutulis is — CHARACTER. That was something Juris had plenty of. He was famous for his resistance and the ability to stand firm as a rock when faced with different opinions from other members of the ensemble, even if the opinion of others may seem logical and rational. That stance leads to some apparent results — to multiple fights and, in the end, to the ensemble disassembly. I myself have been an eyewitness to such scenes playing out, and after a while, it always turned out that Juris was right, and not the others!

I think that his education in engineering combined with his analytically critical mind was what made him take such a stance against his peers, the absurdity of the world around him, the never-ending double standards, and compromises with reality. I can only admire his courage to stand against all that and not to fold under the opinions that are so opposite to his own. Of course, there were consequences to such hardheadedness — complicated relationships with his friends and colleagues, being sort of an outsider, even a loner. Still, I also think that he himself wasn’t that opposed to that, maybe even strived to be on his own to some degree.

His way of making music could be characterized as absolutely individualistic and uncompromising. That reminds me in some way of the pioneers of free jazz, who stood their ground and ignored the wall they sometimes encountered from the society that didn’t understand their music and even denied it. Nevertheless, Juris’s style was Dixieland, and here the comparison with the pioneers of jazz from New Orleans seems more suitable. Juris was as authentic as they were; he played the music as he deemed fit, hadn’t followed the fashion, his criteria to measure the quality of music was based on the truthfulness and how one’s personality reflected in the music; he never allowed for the compromises to become an obstruction to that. His virtuosity on the clarinet was outstanding, and it was noticed and highly appreciated even in the USSR.

I think that Dixieland probably was more of a convenient way to express himself, maybe even a protest against the blind race that the musicians had always been involved in, striving to keep up with the fashion which more often than not resulted in some low-quality experiments and with close to no meaning behind the music. Juris was opposed to this kind of musicianship. He responded by always being invested in his music, immersed in it. He was highly competent in one of the first jazz styles; the level of authenticity and quality of his playing was outstanding. In this sense, he was a like-minded person to many, a colleague who never allowed compromises to influence the quality of music — such people as Raimonds Raubiško, who tediously preserved the hard bop traditions. One of Juris’s most favorite sayings while talking about the senseless chase after the «pseudo-modernism» was: «there is nothing more old-fashioned than the last season hat». His response to that was consistently demonstrated by his unique and authentic self-expression, which probably is the most valuable quality one can find in whichever form of arts we might be talking about, but in this case — in music.

The end of Juris’s life was lonely — after retiring, he sometimes performed in some rare concerts but mostly spent his days together with his wife in a small apartment in Pardaugava, right at the Māra pond. Like many other old jazz musicians, he couldn’t find his place in modern times — his individualism and an uncompromising attitude towards everything happening around him was the reason. 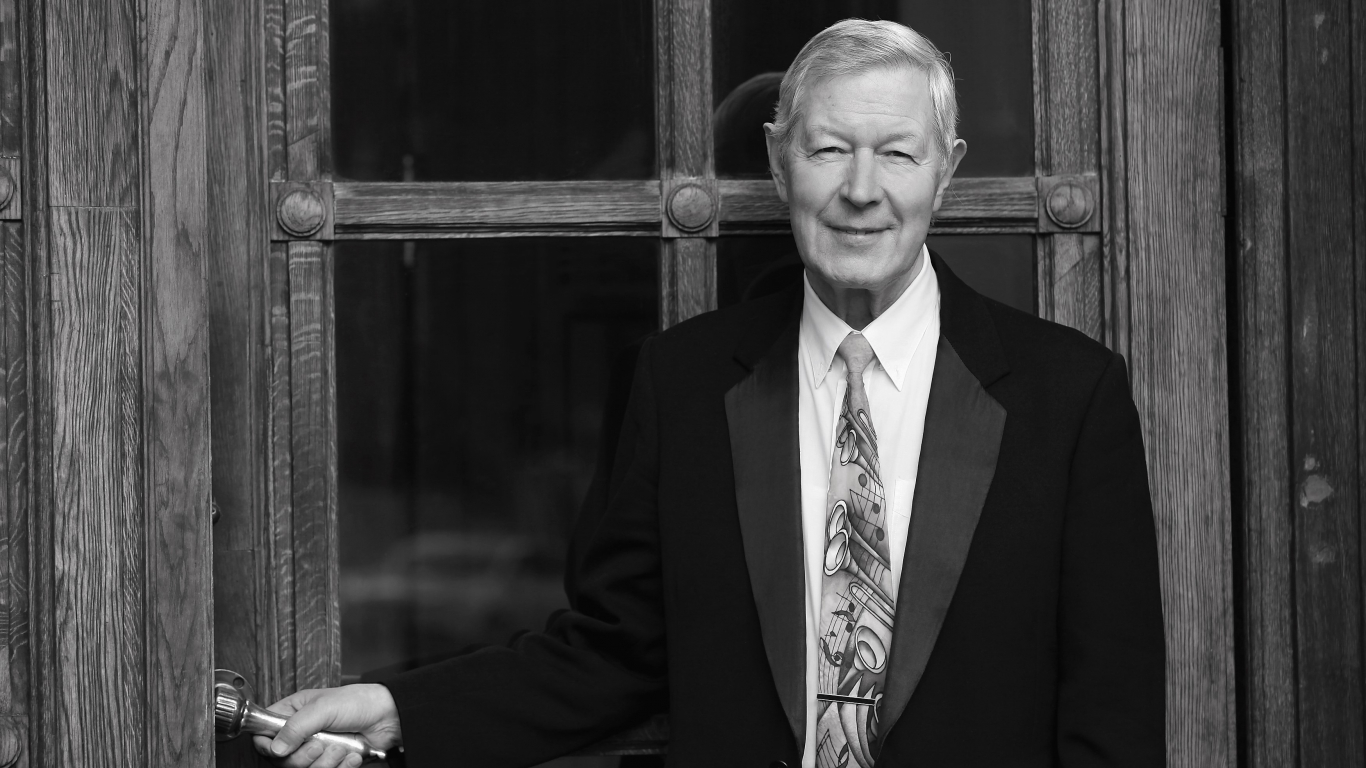 Zigurds Linde, or Zigis, as people close to him used to call him, brings mostly memories of endless stories, memories, joy, and good hustle.

While himself being a long-time Latvian Radio big band member, who had been a part of the ensemble almost since the very beginning, Zigis was like a walking encyclopedia of Latvian jazz, musicians, orchestras, concerts, etc. Most of his memories are documented since he was often invited to participate in various shows and talk about Latvian jazz and popular music’s history and musicians, especially in his last years. I personally am immensely grateful to him for all the help he provided in my research of the history of Latvian Jazz. Unfortunately, a lot more has been left untold, and his passing can be considered a significant loss of one of history’s eyewitnesses.

Talking about Zigis’s musical legacy — his velvety trumpet’s sound is one of the ingredients that, together with the rest of the band, made the legendary and inimitable sounding of the «old» Latvian Radio big band. In his everyday musical life as a part of the horn group of the big band Zigurds has recorded numerous popular and well-known instrumental compositions by Raimonds Pauls, Zigurds Rezevskis, Jānis Sildegs, Alnis Zaķis, and others (at least 20 solo recordings on radio and vinyl). He demonstrated his velvety and timbrally rich trumpet sounding by mainly playing ballads and melodic pieces. The brightest examples of that are such compositions, as «Soļi smiltīs» and «235 miljoni seju» by Raimonds Pauls, «Melodija» by Zigurds Rezevskis, «Dziesma Tev» by his long-time friend and colleague Jānis Sildegs. Unfortunately, recordings by Zigurds, just as the rest of Latvian Radio big band legacy, are still unavailable for public consumption; the only available recordings are the compilations he made himself.

However, Zigurds’s most outstanding life achievement is preserving the massive library of Latvian Radio Big band. For many years he had served as big band’s librarian, he could perfectly navigate through the significant number of scores the band had, that had gathered in the enormous closets stacked in the corridors of the Radio house, and he probably was the only one who could find anything in this ocean of music scores. That is precisely why the huge library had survived, was sorted through, and later on digitized — because after the liquidation of the old big band, the unceremonious voices started demanding to clear the corridors and «throw away this waste paper that no one really needs anymore». For many years all these treasures had been kept in Zigurds’s apartment, while almost every single Latvian jazz orchestra from time to time tended to borrow some of the scores to play this legendary music. Keeping Latvian jazz music legacy safe and sound is Zigurds’s most significant achievement. For that, he deserves the utmost praises.

His unending stories filled with jokes that made his colleagues positively crazy will always stay in my memory, just as these endless concerts performed together, tours around Latvia and abroad, afterparties, but most of all his infinite optimism and buoyancy. His joy for life was overflowing. Sometimes, I was genuinely amazed by how energetic and positive he managed to stay throughout all his years and until the very end.

May the old masters, who have created the history, sound, and traditions of Latvian jazz, be brightly remembered!