Is it possible to listen and think at the same time

On some hidden opportunities in the Jānis Ruņģis’ album «Yggdrasil» 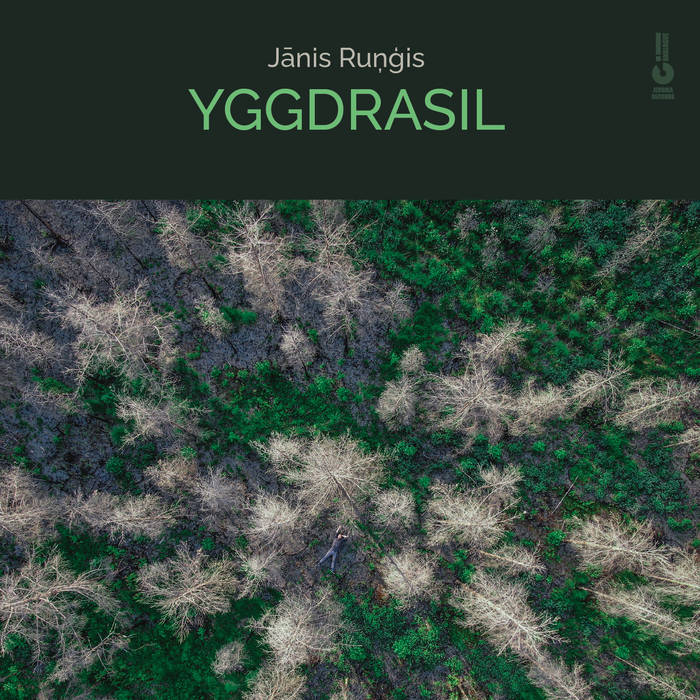 There’s music one could perceive directly and emotionally, it moves you, makes you joyous or sad in a way you cannot explain. There’s music that affects you on a physical level, makes you jump, swing, or waltz. There’s music that you need some listening experience for, and maybe even some knowledge about the main principles of harmony and composition. But then there’s music that asks for some specific intellectual effort, and just some encyclopedic wiseness isn’t enough there — you have to make yourself understand and notice something you don’t know yet and probably no one before you don’t as well. That last category is the one we can put an album called «Yggdrasil» by a multiinstrumentalist Jānis Ruņģis into, the one released by «Jersika Records».

Yggdrasil is a cosmogonic tree in the Scandinavian mythology that first of all causes some associations with the Icelandic text «Olde Norse Edda». Branches of that tree (it has most probably been an ash tree) reach the sky, while the roots reach nine worlds. On the branches of that tree, the god Odin hung himself, sacrificing himself and giving life to the whole cosmos that’s available to our perception. Both gods and humans come to make their rituals to Yggdrasil, while its branches provide shelter to different mythical creatures — dragons, eagles, and moose. In other words, Yggdrasil is the basis and reason of everything, the center of the world and the matrix of its order.

Jānis Ruņģis, meanwhile, doesn’t aim to become the center of the world at all, his musical searches are scattered in different directions and mostly correspond to what one could call marginal cross-genre, even though it’s hard to even call them like that as well — what he’s doing in his own project «Jāņa Ruņģa klātbūtne» (Presence of Jānis Ruņģis) and «Spāre» (Dragonfly) band is noticed and appraised by the critics, he’s a sought-after guitar player, played together with Ainārs Mielavs and at various bars. There was one interview where Jānis admitted that while playing the background music at some pub, he often used a looping technique (playing a phrase, looping it and then playing on top of it), thus creating an effect of the orchestral sound on his own and fill in space with a thrilling musical performance. Playing with analog and digital sampling techniques has been used for quite some time to create exciting and imagination-stimulating multi-instrumentalist performances — easily switching in and regulating loop sound, an impression of unbelievable virtuosity created. Although a limited amount of available technical methods sooner or later begins dictating the form of the composition.

While searching for new ideas and inspiration in the instruments and timbres never used before, the multi-instrumentalist Jānis Ruņģis has recorded a 42-minute long album — a cycle of 10 compositions with guitar, organ, Fender Rhodes, and Wurlitzer electric keyboards, as well as a clavicymbalum, predecessor of the harpsichord. All these instruments might seem just as exotic and archaic for a modern musician as an aforementioned cosmogonic tree, but there’s one more instrument that plays a vital part in this album — acoustic of the Nurme church. A Rectangular three-story building with a polygonal apse, sacristy, and neo-Gothic 47-meter high bell tower was built in 1594, a century later got its wood finish, and in 1840 it got its organ that still works.

The compositions that were created in this venue during an analog recording session are full of searching. Some of them still stay in the searching phase (developing a composition, playing with it, but then using a simple fade-out ending). However, overall, the album created a finished cycle — beginning and ending with the first and second parts of the compositions «Organs of Life» and «Pixels». Trying out this or other sounds, timbres, and tones, Ruņģis listens to a motif, creates a particular repetitive pattern, and then lets the sounds live their own mystical and self-sufficient life — allowing them to live in the valves of the church, the musician cannot control their length, echo, and timbre anymore. All of this, let’s call this way of playing music meditative — not in a way that this word gets used, speaking about practical background music for spiritual practice, no — in a straightforward and initial sense — realizing the principles of sound creation and diving into acoustic labyrinths, musician thus becomes thinking, not just mechanically playing performer.

Some intellectual effort is expected from the listener as well — being full of quotes and allusions, this music is also perceived as a postmodern interplay, where one can hear some ethereal vibraphone of Garry Burton (in the «Took Five» composition), rock guitar motifs and Indian notes (in «Djanga Realm»), modified guitar timbres and sometimes even organ bass, voices of harp or violin (in «Desert Breath»). Playing with cutting a looped sound backward in «Waltzer Seltzer» created a mind-blowing and mesmerizing effect, with your subconscious trying to understand why and under what conditions the sounds create that weird feeling of the echo fading away. The name reminds of a tragic destiny of the song «Helter Skelter» by «The Beatles» — inspired by it, Charles Manson once came up with an idea about serial murders that would cause embarrassment and fear in people and therefore awaken society.

The following composition, «Wurli Gnomes», is sad and playful at the same time, with an awkward nervosity of guitar strings trying to have a conversation with longing sighs of electric organ, but the moment they succeed, the talk ends. Back in the day, «Wurlitzer» supplied the US army with its cheap and portable instruments. Meanwhile, Harold Rhodes also came up with an idea to invent a small piano using parts of the shot down airplanes during the Second World war, so that the injured soldiers would be able to play them in the hospital beds, using the music therapy to get well from mental traumas caused by war.

Thinking of this, I have to conclude that the music of Jānis Ruņģis isn’t a selfish wondering — it has a particular therapeutic effect. Listening to the sounds and breaking musical phrases into elementary parts invites us to wake up the previously sleeping listening and immersion skills that create the central axis of our consciousness and self-awareness — that same cosmic Yggdrasil, only put into the very core of our psyche instead of the core of the world.