Dorothy Ashby — her art and role in jazz music 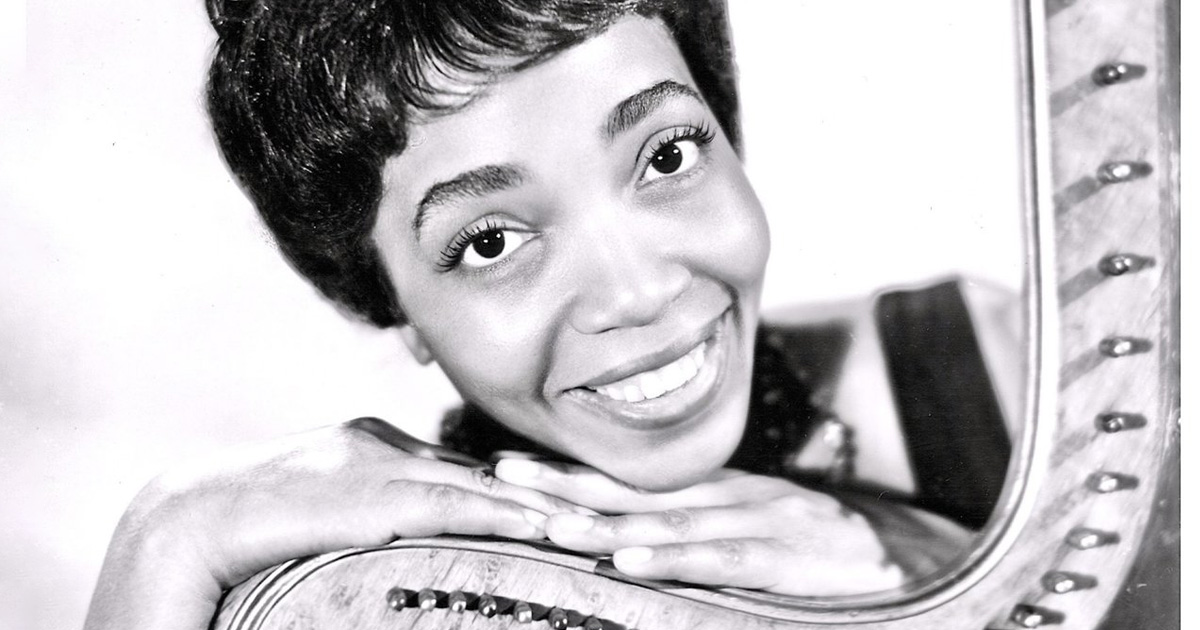 Dorothy had grown up in a musical environment. Her father, a guitarist Whiley Thompson, often invited his jazz musician friends to their home, where Dorothy would sometimes play the piano with them. Her first musical experiences were gained in Cass Technical High School, where she used to play several musical instruments — saxophone, double bass, piano. After graduation, Dorothy enrolls in the Wayne State University, where she studies piano and music education. After graduation, she started actively participating in the local jazz scene until, in 1952, she decided to make harp her primary instrument.

In the beginning, her jazz colleagues were resistant to the idea of the harp in jazz because, in their opinion, this instrument was more suited for classical music. Despite the negations, Dorothy remains persistent and strives to make the harp a part of jazz culture; that is why she begins organizing her own shows, plays in dance clubs, weddings, and performs with a trio with her husband, John Ashby, on the drums. Her trio actively performs all around the country and records albums with various labels.

Dorothy had performed with such noticeable musicians as Louis Armstrong, Woody Herman, etc. In 1962, she was awarded the best jazz musician award by the «DownBeat» magazine’s critic and readers.

Dorothy Ashby was one of those people who never limited herself to only one style. She played in such styles as bebop, soul, Brazilian music, African music, world music, and, just as Alice Coltrane, free jazz.

In her playing, Ashby was able to incorporate such complicated techniques as pedal glissando, fast and virtuoso arpeggio, rich and wide chord inversions. Dorothy’s playing was as technically advanced as musical. She was able to achieve the effect of a singing melody (which is very hard to do on a harp since it doesn’t allow a flawless legato because of the short string vibration speed), which only proves that she was indeed a master of her craft.

Dorothy’s style of playing can be characterized as a «swinging harp». She played freely in every rhythmical motive of choice, her harp always had the true groove, which made listening to her easy and understanding her musical thoughts unhindered. Her musical education and early involvement in the musical environment helped her to integrate her harp knowledge and technique into jazz music. Her ability to improvise easily was developed during the time when she and her husband were actively working in the musical theater sphere. Her ability to improvise demonstrated how well she was acquainted with jazz harmony and theory and her ability to use necessary musical elements to develop the traditions of harp play. She is one of the rare melodic harpists in jazz music, advancing this instrument in the jazz world further than expected.

Dorothy’s harp’s tone is unique, it can’t be found among any white harpist, the reason for that is the physiological difference of the palm, which significantly affects the sound.

Ashby is the first jazz harpist that has significantly influenced the new generation of jazz harpists. The examples of that can be found among modern artists — Carol Robbins, Deborah Henson-Conant (especially in the theatrical and improvisational aspects), Park Stickney, etc. The musician herself says: «I just tried to transfer the things that I had heard and the things that I wanted to do as a jazz player to the harp. Nobody had ever told me these things shouldn’t be done or were not usually done on the harp because I didn’t hear it any other way. The only thing I was interested in doing was playing jazz on the harp.»

Dorothy has played both jazz standards and her own compositions.

Her place in jazz music and most noticeable recordings

Dorothy Ashby has left a great impression on the new generation of jazz harpists, her input in the development of harp in jazz is invaluable.

She had faced numerous challenges during her years as a harpist in jazz music. Jazz improvisation and musical structure and elements are hard to apply to harp technically if compared to other instruments. Even being of such a high level of musicianship as Dorothy, it still meant she had to face resistance from jazz musicians, who had their stereotypes when jazz music was concerned. The word «harp» seemed intimidating, she admitted in an interview with a jazz historian Sally Placksin. Dorothy claimed that club owners were sure Ashby would play chamber music and thus rejected her attempts at booking a concert. Nevertheless, the artist insisted on participating in every event she could, until slowly but surely, she earned her well-deserved place on the jazz scene.

Ashby had signed a contract with «Prestige Records» company in the late 1950s, with this label, she had released two albums, «Hip Harp» and «In a Minor Groove» with Frank Wess, these two albums quickly became popular, helping Dorothy to advance in her jazz career. Ashby mostly received positive reviews from jazz historians and journalists of that time. One of them, a jazz journalist Ira Gitler, wrote about her: «Dorothy Ashby may not be the first jazz harpist or the first female jazz harpist, but her feeling for time and ability to construct melodic guitar-like lines mark her as the most accomplished modern jazz harpist…. Orrin Keepnews paid her a high compliment when he said that she reminded him of Wes Montgomery.» Dorothy had proved how talented she was by composing beautiful melodies, often in minor keys.

Another admission made to Sally Placksin about the relationships between arrangers and the harp: «Even arrangers admit that often they don’t know how to write what they’d like to write. What they would be willing to write for harp often doesn’t work because they’re writing from a pianistic point of view, or maybe another instrumental point of view, and that doesn’t work on a harp because you can only change two pedals at a time, and various other technicalities…. The harp has complexities that a person has to be able to work out in their head while they’re spontaneously creating jazz on it.»

All in all, Ashby has released eleven albums, the most noticeable of which is «Afro-Harping». The albums featured various musician lineups, both her own compositions and jazz standards. Dorothy collaborated with such musicians as Louis Armstrong, Bill Withers, Bobbi Humphrey, Minnie Riperton, Stevie Wonder, Billy Preston, etc.

While researching the phenomena of jazz music performed on harp, I discovered a minimal number of actual harpists working in this genre. However, we have to consider the fact that there isn’t a lot of information available on that specific topic. While I was looking for a harpist that would play a classic seven pedal instrument, I realized that there’s only a few of them, There is, however, those, who play the electronic Irish/Celtic harp, which can be attached to the performer’s body with a special strap, or a Llanera harp, that is more distinctive to Latin American music tradition (for example, Edmar Castaneda).

I have chosen to study Dorothy Ashby because she played the classical harp and used the fingerstyle technique of a classical harp (Llanera harp is played with the outward finger motion of either right hand or both hands at the same time, plucking the strings with the nails).

I wished to know more about Ashby’s personality. I have been acquainted with her music since high school, where I studied the history and theory of music parallel to harp studies. That is when my interest in jazz music first appeared. I was curious about harp in jazz music and had stumbled upon Dorothy Ashby on the internet by accident. As a harpist myself, I can appreciate Dorothy’s input into the world of jazz harp even more than that of Alice Coltrane. Ashby is a perfect example to use while studying jazz harps’ technical aspects, the ability to use jazz harmony comfortably, chromatisms on this instrument, how to explore the skills of the instrument, and how to improvise on it freely.