All roads lead to Aalborg 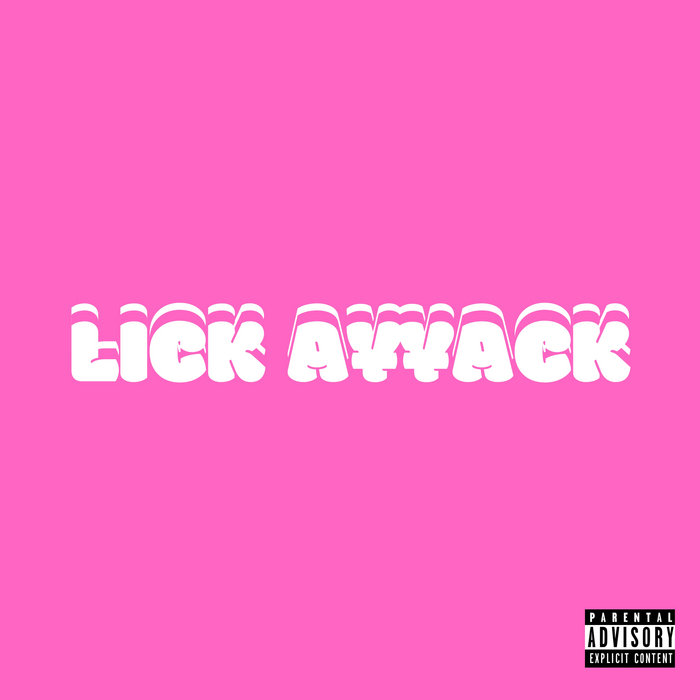 The harvest of 2020 recordings became richer with «Lick Attack», an album by «B.H.A.D. Company». Following the information given by musicians themselves, it was recorded last February in 2 days.

«B.H.A.D» positions itself as an experimental jazz ensemble that got together to overstep the rules, play high-intensity grooves and make jazz stylish for all generations. The compositions included in the album have influences from hip hop, classical and electronic music. The arrangements give space to interpretation and improvisation, making each performance unique and, just as musicians say, explosive.

The album consisting of ten soundtracks marks a kind of a triad. First, three compositions are created in their own way, with no signs of swing, so vital for traditional genres. This stylistic tone has been saved for the middle of the album, where the listener is brought into a hard-bop aestheticism for the next four compositions. The album ends with three compositions that bring us back to nowadays, with rap vocals joining the ensemble.

«Intro», just as it is called, is the first composition of the album. Just the same as the classical opera overtures show the listener the themes and motives that will, later on, be seen in the play, this album has similarities to this principle. The most attentive listeners will notice that «Intro» is a precursor for the sixth composition, «Flying High», because we hear that same melody played by the left hand on the piano, only in another tonality. The composition is created mainly by repetitive ostinato figures (so-called vamps), with the trumpet playing a singing, vocal type improvised melody on top of them.

The second soundtrack («Bhad Legacy») has a bit different sound and emotional tone, nevertheless is somehow similar to «Intro» in terms of the form. This composition as well begins with a solo piano episode, contains a repetitive vamp, and using it as a background, the trumpet plays an extended improvisation on top. This is followed by improvisation parts played by the saxophone and piano. Probably because of the similar instrument arrangements, these two compositions shouldn’t be put near one another. Another solution could be changing the order of the soloists so that the trumpet wouldn’t be the first, or leaving two improvisers only — saxophone and piano, thus shortening the composition. Everything is relative, though — if you don’t listen to the compositions of this album consecutively but do it in a random order, it doesn’t mean anything anymore.

The composition «E.S.T.» is calmer and more contemplative. In a smaller line-up (in a trio format), we can get acquainted closer with Elza Ozoliņa interplay with the rhythm section (bass and drums), as well as in a longer improvisational part. Both «Intro» and «E.S.T.» could be nice background music in a good way), mainly because of their vibrant color and dynamics.

«Last Call» begins the next part of the album, closer to jazz tradition and hard bop. There are some tastefully used cliches in the introduction — in the beginning, the whole band makes a relatively free improvisation making dense and intensive sound patterns followed by a drum solo in 8 bars, preparing us for the central theme. The swing aesthetics joins slowly — in the beginning, in the arrangement only, because solo improvisation of the trumpet still takes part in a so-called rhythmical frame of sixteenth notes. When the time comes for the saxophone improvisation, the ensemble, at last, begins «playing it hot».

The soundtrack number 5, called «Bhad Dream», is a ballad in classical style where we can enjoy the trumpet singing in all its beauty. This is a silent culmination of the whole album, instantly followed by a loud culmination as well — a high-intensity and full of energy dedication to a pianist McCoy Tyner who has recently passed away — «Flying High».

Elza Ozoliņa ends up her hard bop excursion by bringing the listener into a world of electronic timbres that forecasts the further following change of stylistic tone in the album. In the opus called «Sugar and Spice», the musicians once again demonstrate their ability to play hot and loud, playing improvisations in a really fast «up-tempo» swing. A witty (maybe even comical to some) musical gesture is chromatic ascending major triads at the end of the drum solo.

After listening to a lengthy composition, «Abstract Chaos» (a bit more than ten minutes long), it seemed to me that the introduction part (until 2’26”) could become a completely separate instrumental composition. And «Abstract Chaos» could begin right where the rap vocal part by BLACC EL begins. In the context of the whole composition (at least I) couldn’t find a link and necessity of putting these two musical materials in one soundtrack.

In the end, as encores, «B.H.A.D.» collective offers its listeners one more composition with rap vocals («Nothing Is Over»), which is a farewell and a thank you to the listener for his attention, as well as «You & Me», where we can again notice some wit in playing and solving the four-chord vamp.

After listening to «Lick Attack», we can realize that «B.H.A.D. Company» are well-informed and educated musicians who are following the modern tendencies in music, manage and orient in the main jazz music stylistics, and don’t lose respect to the legacy of the past. Speaking of its musical language, the ensemble currently reminds of another international brand, «The Brag Pack», where the drummer Andris Buiķis plays. I wish this band to come together again in the same or a different combination and play the album’s material in a live setting.