Two new CDs — by Jolanta Gulbe-Pashkevich and her view on the old popular Latvian songs, and by Ieva Kerēvica and her idea of Latvian folk tunes 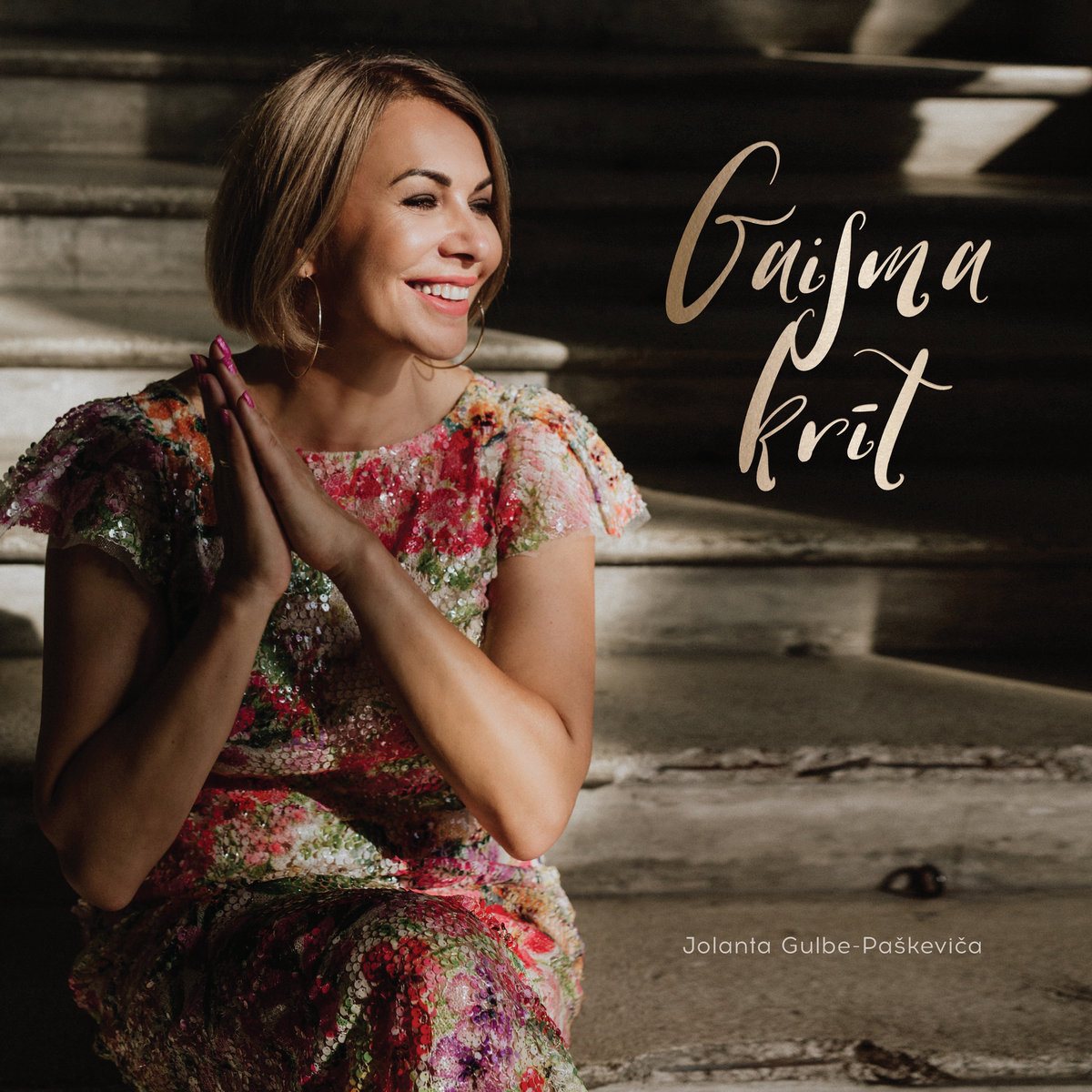 This time I was contemplating two new albums that were released earlier this year: «Gaisma krīt» (The light falls) by Jolanta Gulbe-Pashkevich and «Mantojums» (Heritage) by Ieva Kerēvica.

In August of 2020, Liepāja concert hall «Lielais Dzintars» held a CD presentation concert by Jolanta Gulbe-Pashkevich, where the musicians played the tunes from her latest release «Gaisma krīt.» All the songs are available for listening on all major streaming platforms to allow the listeners to enjoy the modern sound of some old but well-loved compositions. In this album, you will find songs by Raimonds Pauls («Aicinājums» — invitation), Imants Kalniņš («Dūdieviņš» — ringed plover), Mārtiņš Brauns («Dziesma par spēli» — a song about a game), Zigmars Liepiņš («Zibsnī zvaigzne aiz Daugavas» — A flashing star over the Daugava river), and a lot more pieces by such composers as Aivars Hermanis, Aigars Voitišķis, and Zigmunds Latuskevičs.

Jolanta Gulbe-Pashkevich had always played an essential role in the Latvian music industry. The number of those singers who could be considered true professionals is relatively small. And although Jolanta is popular, her popularity couldn’t be described as viral. Her musical career can best be described as chamber — a very well respected singer who has her own style and prefers more subtle, gentle, even melancholic musical genres. For many years now, Jolanta has been performing her program of Fadu music and had achieved a lot, and not only in Latvia but in all three Baltic states. She has also performed in Russia and the United States of America; her repertoire also includes jazz, funk, and disco compositions. This album is Jolanta’s testament to Latvian composers and songwriters who had created the golden fund of national pop music, filling it with songs that will stay in the hearts of many generations to come.

As I have already mentioned, Jolanta stands slightly apart from the grand pop music stage; one can better describe her as a representative of the jazz music elite. The people she collaborates with daily can serve as proof of that. In this album, popular Latvian tunes are arranged by Jolanta herself and her colleague, a talented jazz pianist Kristaps Vanadziņš. I have to stress that the rendition of these arrangements by the musicians of the highest quality is what makes the recording even more enjoyable. This recording features these musicians: Jolanta Gulbe-Pashkevich (vocals), Deniss Pashkevich (saxophone), Kristaps Vanadziņš (piano), Jānis Rubiks (double bass), Rūdolfs Dankfelds (drums). All these names are well known in the Latvian jazz community, so the musicianship’s quality presented in this album doesn’t come as a surprise.

So, let’s move on to music. I must admit that it’s hard to contemplate new versions of Latvian pop music classics — music that we all know by heart, music that touches our heartstrings, and music that makes you expect to hear original performers’ lyrical intonations. Jolanta’s voice and manner of singing are very distinct and recognizable, and if her sounding resonates with you, then this album is made for you. The arrangements are easy-listening, colorful; they don’t extinguish the original musical flow’s vibe but rather enrich it with the new harmonies’ help, making the songs sound different and refreshing.

The golden classic of Latvian music, «Zibsnī zvaigznes aiz Daugavas,» has to be more emphasized since the legendary performance of this song by Mirdza Zivere has been a sensation for listeners from all over the country. In 1985 this song won against 30 contestants in a famous pop music competition, «Mikrofons» (Microphone). And this song is still popular, even if 35 years had already passed, and is being recorded in studios.

The same can be said about Imants Kalniņš’s song, «Dūdieviņš.» The original version has been released even earlier than the previously discussed «Zibsnī zvaigznes aiz Daugavas» in 1970. The song’s interpretation by Nora Bumbiere was recorded in the studio of Latvian Radio and has become the first of many works in the genre of rock music by Imants Kalniņš to be recorded there.

Every song chosen for this album is a testament to pop music history in Latvia and deserves to be researched. The same can be said about all the other pieces in this album by Maestro Raimonds Pauls, Mārtiņš Brauns, Zigmārs Liepiņš, Aivars Hermanis, Aigars Voitišķis, and Zigmunds Latuskevičs. Every one of the songs was widely known and appreciated by the listeners. Why did Jolanta decide to choose these specific tunes by these composers? That we have to ask her. But it seems that the choice was made because these songs spoke to the singer’s soul, and if she was taken with them, then the listeners will surely be able to appreciate them as well.

It’s hard to determine where and how to better listen to this music. Considering the musician’s lineup and the manner of performance, I’d say that this is a rendition of popular Latvian tunes in a light jazz manner with a cherry made of charm on top. I would suggest listening to this album in a quiet and peaceful environment. Composers of the old generation (if I may use this term) were very concerned about the lyrics they used in their music; that is why it is crucial to embrace the synthesis of music and poetry in these songs. This is not something you would listen to as background music; this requires attention.

So, if you love Jolanta Gulbe-Pashkevich and her unique voice and mood, hurry to listen to her version of these old songs. But if you haven’t heard this singer before, or you had, but she didn’t manage to charm you, then maybe «Gaisma krīt» will be able to change your mind. 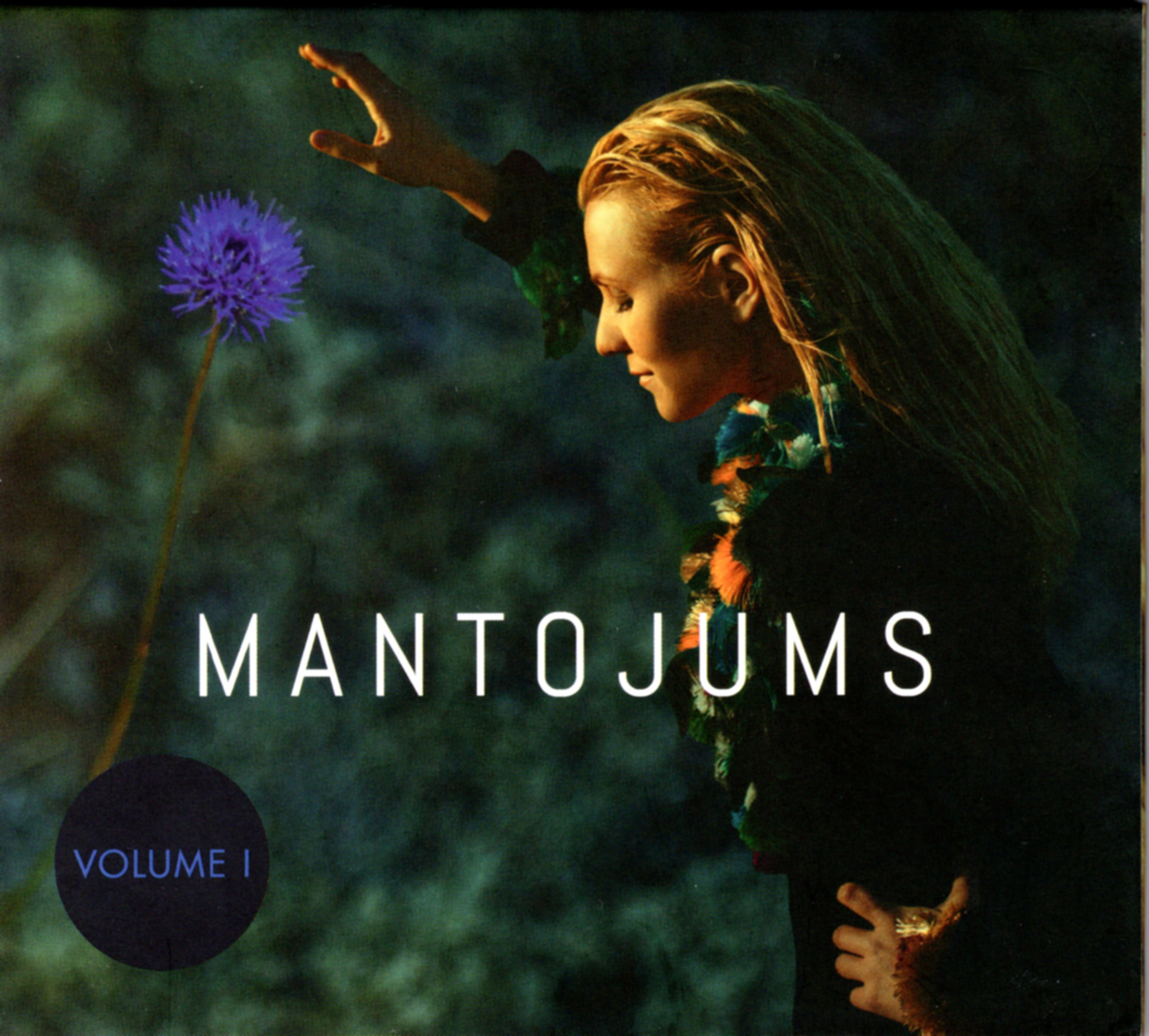 Let’s move on to the next album, this time by Ieva Kerēvica and her latest release, «Mantojums,» that has been presented to the public just recently. This album is about something sacred — Latvian folk culture. Latvian folk songs had seen many experiments and lived through many interpretations — academic, pop, jazz, and other genres. Even though these experiments tell us that folk songs are still popular, it also means that it’s extremely hard for a musician to satisfy an experienced listener’s appetites and suit his tastes. I would say that it takes a certain amount of courage to engage in such a thing. But the first interpretations of Latvian folk songs by Ieva had already been played in the studio of the Latvian Radio on June 9, 2015, and are included in the archives. The same program has been presented at the «Saulkrasti Jazz» festival in 2015, but only now has been recorded as an album in Sound Division Studio. So, Latvian folk songs in jazz are presented by well-known and experienced jazz musicians Ieva Kerēvica (voice), Madars Kalniņš (piano), Gints Pabērzs (saxophone), Indriķis Veitners (clarinet), Edvīns Ozols (bass guitar), Artis Orubs (drums) and vocal group «Limonāde» (Iluta Alsberga, Kristīne Pastare Peress, Ieva Katkovska).

These compositions remind me more of the original music instead of folk music. I could hear the significant influence of world music, and it’s eclectic elements. Unfortunately, the folk song is only a name; in this case, the song itself is left to play an orphan’s role. This is the reason I would choose to call this an album of Ieva Kerēvica’s and Madars Kalniņš’s original music with the elements of Latvian folk music. Jazz is the dominating genre in this album, and although the singer had been seen in popular music, theater music, and other genre music, the timbre of her voice and her education as a jazz singer makes me think of her as such.

In any other case, I would say that jazz music and Latvian language are incompatible because the pulse of jazz tradition just doesn’t click with Latvian heartbeats. In this case, I’d say that we have an exception on our hands. The musicians have achieved a synthesis of high-quality jazz with full and rich harmonies, nuanced and sensual elements, passionate emotions, and a touch of Suiti’s culture. But if I had to name this album’s style, I’d say that it is a small Latvian folk song’s journey through the big-big world.

Although all in all, it is an exciting album to listen to, this variety of song arrangements, this overflow with a million different details from a thousand different styles at some point can become tiring. When you listen to each song separately, it is fascinating, but then with each next tune, it gets harder and harder to perceive this rich sound. It’s hard to determine whether focusing on so many musical genres and placing them all in one pot of an album is a thing of an artist’s creative expression or a mechanism of survival in our small and vulnerable Latvian music environment. The title of the release is «Mantojums» — a heritage, a legacy. And there are elements of this legacy’s (folk songs), but only the details and they are just a small percent of what you hear on this album. This, of course, is only my opinion, but I would love to listen to some more arrangements, but this time with fewer show-elements, if I may apply this term here.

So, in conclusion, «Mantojums» has been finally released to the world and will eventually reach people and will be archived, thus becoming an authentic heritage, this time historical. How many hearts this legacy will concur — only time can tell (and the digital streaming platforms). This album is different, and it represents another view of Latvian folk music. It is marvelous that this road of conscious or unconscious experiments had finally led the musicians to the album release. These kinds of albums and experiments, new ways of doing old things is what gives us a chance to continue listening to the music we love and proves that Latvian folk song is still alive!