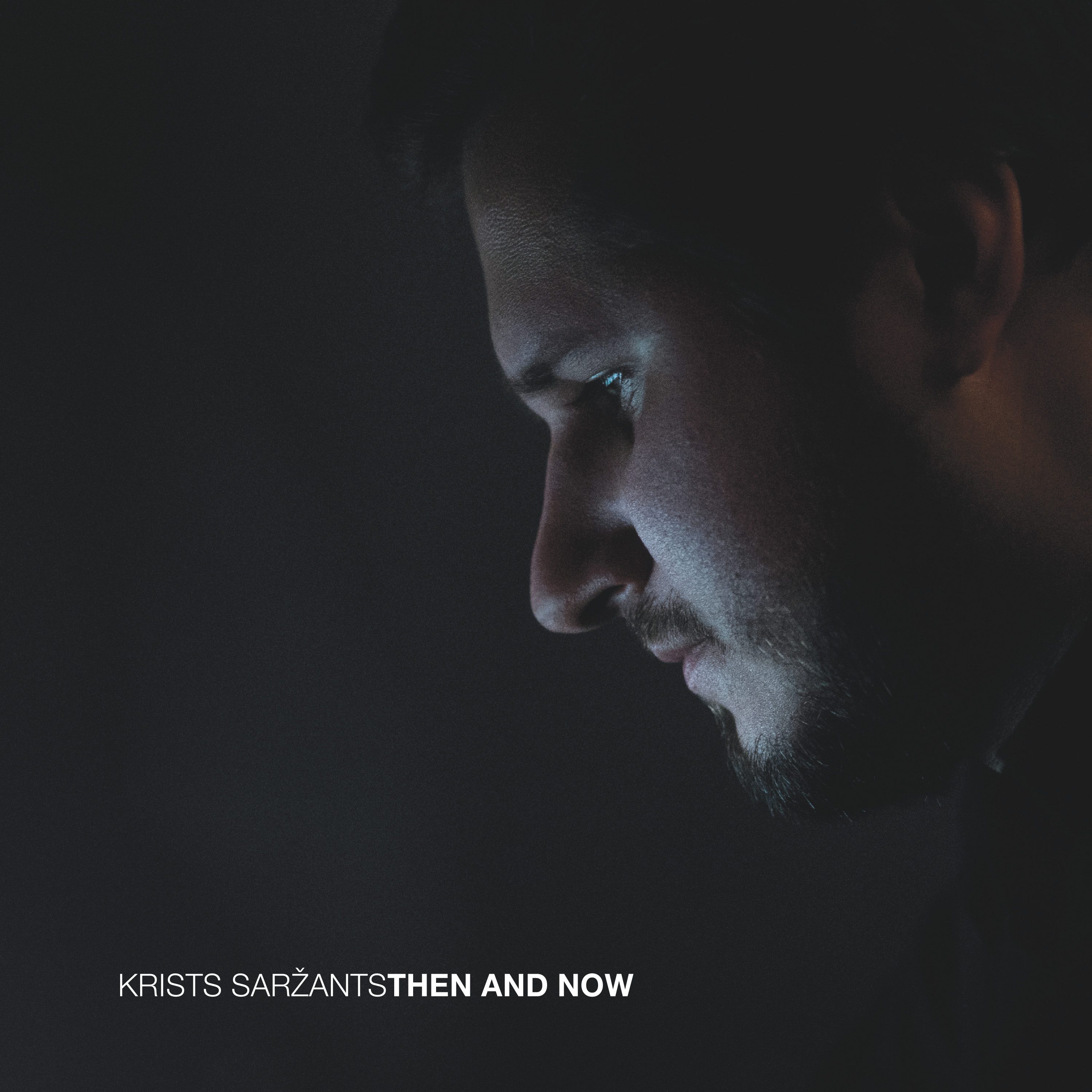 While listening to this new work of Krists Saržants, the author of this review feels somewhat well-balanced. This is caused first of all by the musicians’ line-up and work of the sound recording producer Dāvis Švēde-Grīnbergs.

The whole album is a transparent, warm environment that makes one feel good, just like the Indian ocean.

The release has 11 compositions. The twelfth one is a full version of the first soundtrack of the album, and at the same time, a pleasant return to the sympathetic introductory piece, which in some life situations would even create a nostalgia caused by identification, but that could probably happen in early youth.

The author of eight compositions is Krists Saržants. Along with that, there’s a Danish classicist’s Carl Nielsen’s lullaby from the «Ten Little Danish Songs» cycle, which the composer has written close to the end of his life, an arrangement of Estonian double-bassist Mart Nõmm’s opus «Pärja» and a version of a folk song «Jūriņ’ šņāca, jūriņ’ krāca» («The Sea Hissed, The Sea Roared»), recorded by Andrejs Jurjāns.

The core of the musicians contains the protagonist by the piano, Dāvis Jurka with various saxophones, Andris Grunte with a double bass, Matias Fischer-Mogensen by the drums, Elīna Endzele with percussions and a string quartet with a violinist Katrīna Rosuščana, violist Amanda Rupeika, cellist Sarma Gabrēna, and double bassist Alise Broka.
Arrangements of Krists Saržants are excellent. The instruments, clearness of the texture, change of effects — everything leaves a great impression. The presence of the string quartet plays a considerable role in creating that warm feeling.

In the very first composition, the listener instantly notices bass played by Andris Grunte, and this again lets us be amazed by this unique person, whom it’s always a pleasure to meet and smile to each other, and who can just skip saying anything (which he also often does) because everything he would say is just put into his strings.
Along with this great bassist, a compliment also goes to a double bassist Alise Broka, whose solo in the second soundtrack is informatively saturated.

The album couldn’t have been imagined without the different solos of Dāvis Jurka. If this also is just a small episode, for example, in the fourth soundtrack, «Transcendence,» even then it sounds fine and stays in mind. We are not even talking about a thrilling soprano saxophone solo in the second soundtrack or a perfectly built alto saxophone episode in the «Jūriņ’ šņāca, jūriņ’ krāca» folk song.

Krists has met and invited the right people — this I keep repeating to myself because Krists knows it already.

Before this, I didn’t have a chance to listen to Matias Fischer-Mogensen’s play a lot — it’s precisely structured and surprisingly elastic, and a soaring virtuosity in the «Transcendence» opus makes one lament in awe.

The guitarist Mārcis Auziņš also put the author of this review on the pause (yes, I admit it myself just so readily) — yes, this is precisely how I like to listening to solos of Mārcis — the whole breath of the mother nature and cosmos of a dewdrop in it. It’s a pity it’s only one composition, just the same as it’s a pity to listen to Ieva Kerēvica in one song only, but it sounds great. Here we, at last, have come to a pulsing artery of the album — Evilena Protektore’s singing, which permeates everything. What an expression in the very first song, what unique vocalizations in the second and 11th tracks. Evilena can be so versatile that it seems to me that even an offer to sing at the opera, for example, Azucena’s part wouldn’t surprise her too much — she would just ask when’s the first rehearsal with the orchestra.

Although I respect Laura Grecka as a philharmonic singer, and Carl Nielsen’s lullaby sung by her in this album sounds beautiful, we come to an eternal question, how an academic singer should behave in a non-academic environment. What comes to my mind is an example of Elīna Garanča and Raimonds Pauls — a colorful, creative collaboration, the result of which causes some mixed feelings because an opera approach doesn’t seem to be the best solution. Just the same as the beautiful voice of Laura in the miniature of Nielsen arranged by Krists Saržants seems a bit foreign. Although I’d like to praise the author’s choice of the arrangement to both, vary the harmonic landscape while staying in the original’s simple atmosphere.

The next question is about the release’s content structure — there are original music and three compositions, which are something else. That’s a normal situation, isn’t the first or the last CD like this. Then why such a question? Won’t Nielsen, the Estonian piece, and the Latvian folk song fit? If I ask myself such a question, then there’s some glimpse of doubt in me while listening.

We can try to put it like that — I see the album’s wholeness not precisely within the contents but within the soundscape. Speaking of the contents, we are dealing with the life protagonists’ mosaics up to this moment. This is like getting acquainted, like a first talk — look, I have had such experience, I have felt things like this, which has also happened.

The first and the last track smoothly frame this getting acquainted process, and Evilena’s voice makes it unforgettable. Aleksandra Line’s lyrics are created in the conciseness of good American poetry. They also leave enough creative space for the composer, not being too talkative and not insisting on any remarkable effect that would demand sound similarities.

While listening to the album, I hear an echo of Rufus Wainwright or, for example, the «Babylon Berlin» series (everyone has his associations). «Gopher Protocol» has something girly, Giulietta-like, and everything gets crowned by a vital piano vignette as if fresh out of a Czerny’s etude. The «Mockingbird» etude probably illustrates the impression of the author of this article on the ability of the sound engineer to create a harmonic soundscape in the best way — here. Everything flows as a Gulf stream. Here and there, some lines are thoroughly highlighted with some more texture, for example, in that seventh track that’s a piano solo by Krists.

The musical thinking of the author is overall sympathetic — balladic and inlaid by jazz elements. It’s credible that the individual handwriting will get defined more and more precisely, and once we’ll no doubt tell — here you go with an opus by Krists Saržants.

It’s a pleasure to look at the printed book of this release, and the pictures from this recording session by Vadims Kožins let us feel like participants of the process. Maybe there’s too much text in the descriptions, for example, the composition called «Hiraeth,» in my opinion, doesn’t need any clarification at all, but then I can imagine a situation where I’m listening to «Hiraeth» and complaining that nobody has tried to clarify what it is about.

Will a person ever be happy with everything?

Let’s sum it up. This is a well-organized, accurate, convincing debut. It doesn’t strike the Latvian musical sky as the first albums of Toms Rudzinskis, «Ezeri,» or Toms Lipskis, but it doesn’t come any minute earlier than needed. It’s like a well-matured fruit — tasty, juicy. When he comes out with his next yield, we’ll see which further life directions will Krists Saržants be choosing — the musician is worth following.