Dreams as two sides of a coin 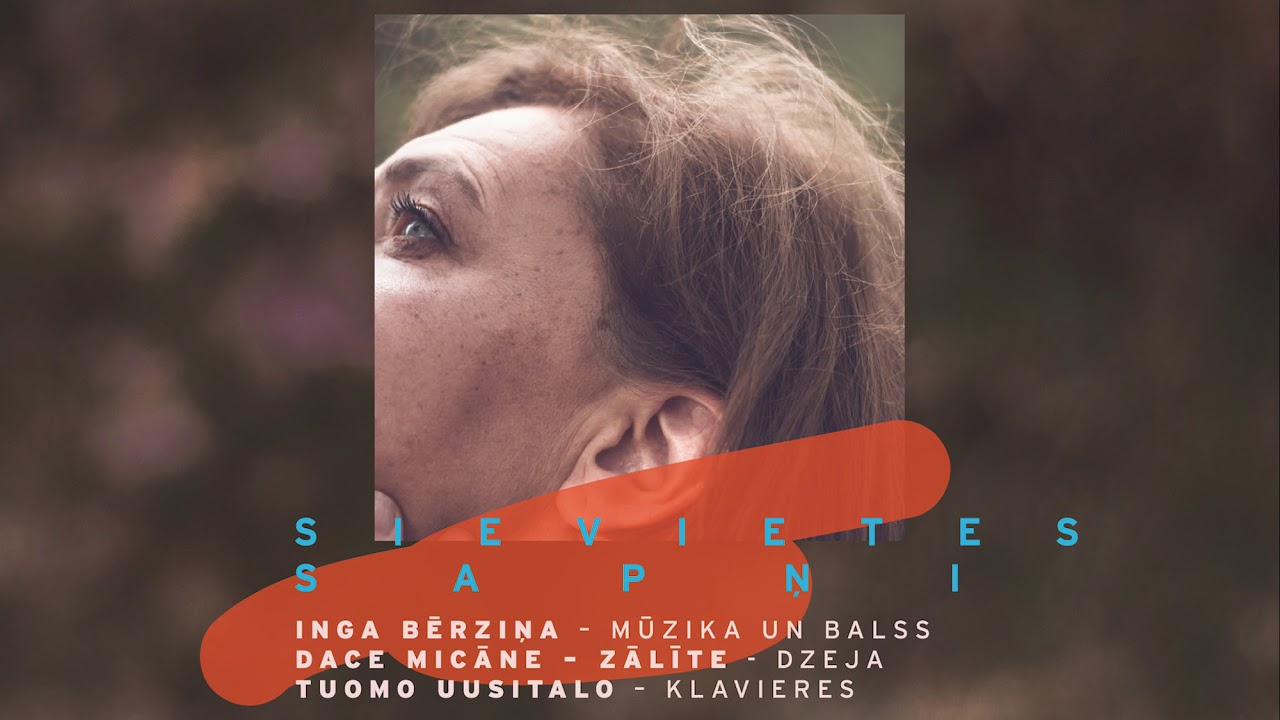 A new album by one of the most prominent Latvian jazz singers and teachers Inga Bērziņa, recorded in the 1st Studio of the Latvian Radio, has been presented to the public on November 7th, 2019. Album is called «Sievietes Sapņi”, or «Woman’s dreams» in English. Compositions included in the album create a unique journey through Inga’s creative reality. Surely, while hard at work educating numerous new voices in Riga Dome Choir School and Latvian Music Academy, the opportunity to be on stage herself is a rare thing, same said for the time needed to record an album. Nevertheless all music in the album is composed by Inga, while inspired by poetry by Dace Micāne-Zālīte. Another contributor of the album is a young pianist from Finland—Tuomo Uusitalo, who fills Ingas created pieces in with his famous emotion, nuances and a man’s touch of experience and intensity. The recording was also submitted for the «Best jazz & funk music album» in the «Zelta Mikrofons» annual music recording awards ceremony.

The first notes of the recording create a relaxing inner state that is suitable for the ending of a long day or even a lazy holiday. The time when there’s nothing else left on your «to-do» list and you can freely give yourself a chance to enjoy the music fully. You can literally hear how the souls of the musicians intertwine in the eloquent vines of voice, piano, poetry. The first image that came to mind was one of Uldis Marhilēvičs’ tune «Prayer» ( «Lūgums» ), sung by Mirdza Zīvere—simple, natural, flowing. But the only thing that slightly jolts me out of that relaxed state is the sharpness of the voice, if I may. The only thing bothering me in all this beauty is how the theme is sung, the constant little bumps in the vocals distract from the gentle flow, giving it a slightly sand paper quality. I would love to hear the melody in half voice, the gentle breeze of being together on the lakeside in the sunset. All the gentle nuances are more clearly read in the improvisation, and not only in the first dreamy moments, but throughout the whole album. The piano is able to paint a very detailed picture, in one moment being energetic, then soft and gentle, but always having the quality of a masterfully crafted lace. The melodies of the album fit perfectly with Dace’s poetry lines. The synthesis created by combining poetry with music makes me think that these aren’t just woman’s dreams, but it can be referred to every single person, because everyone dreams to love and be loved in return, and that, in my opinion, in the main message of the album, reminiscence of the younger days for some, dreams of tomorrow and the beauty to come for others. These recordings are not meant to be listened to in passing, they require time and attention to embrace all this beauty in full.

While listening to the tunes I realised that there is indeed a concept of the cycle, and when analyzing each tune separately my conviction grew. The tunes make you believe that we will indeed dive into the colorful mood and stay there for a while. A special mood is created by the harmonic structure of the compositions, which is jazzy rich but at the same time not overly complicating the dreams, making them still appear light and airy, only in some special moments increasing the dynamics, like in the very first tune that shows that the dreams can be frantic, skittish but soon enough become once again tranquil on the soft bed of harmonic nuances.
I am probably one of those who is convinced that vocal jazz can be considered jazz when sung in English. The ancient strings of Latvian language were not meant for something modern, maybe special in a way. But this album is definitely a fine music example with a lot of jazz elements. This is the music of a special mood, these melodies are not meant to be a «sing-along» you step into while on your way somewhere. Here you have to turn off the everyday feeling, close your eyes and let yourself float on the wings of poetry, visualise the music as something of your own soul’s creation.

Seeing the title of the album for the first time, one might think of «Woman’s dreams» as of something romantic, soft, and delicate, but after a while it becomes apparent that the dream is not just an idealisation of beauty, but sometimes are nightmarish or just a fond hope that will not let the dreamer be light in his life, because nothing usually happens completely at your command, the dreams are just that, dreams. Sometimes people meet and something comes out of it, but sometimes they just don’t. And in all truth it’s a good thing that Inga doesn’t allow herself to idealise the dreams, but rather adds a fine dose of realistic sourness in her soul-reflecting music. The album is a reflection of real life. What does a woman dream of? Nothing has changed, still she dreams of softness, gentleness, the meeting, romance, love. And the closing song of the album— «Monēta akā» (A coin in the well) is like a foreseeable conclusion—every dream has two sides, just as a coin—which side the coin flips on, that is your destiny. But also we have to remember that we are in charge of our realities, we can turn our lives around and choose the dreams to dream.

I would like to thank Inga for the chance to partake in this voyage through her dreams. I will most definitely listen to this album once again, when I get the chance to relax and close my eyes.