Derogation from the usual

Introspective journey into a world of possibilities of a saxophone sound 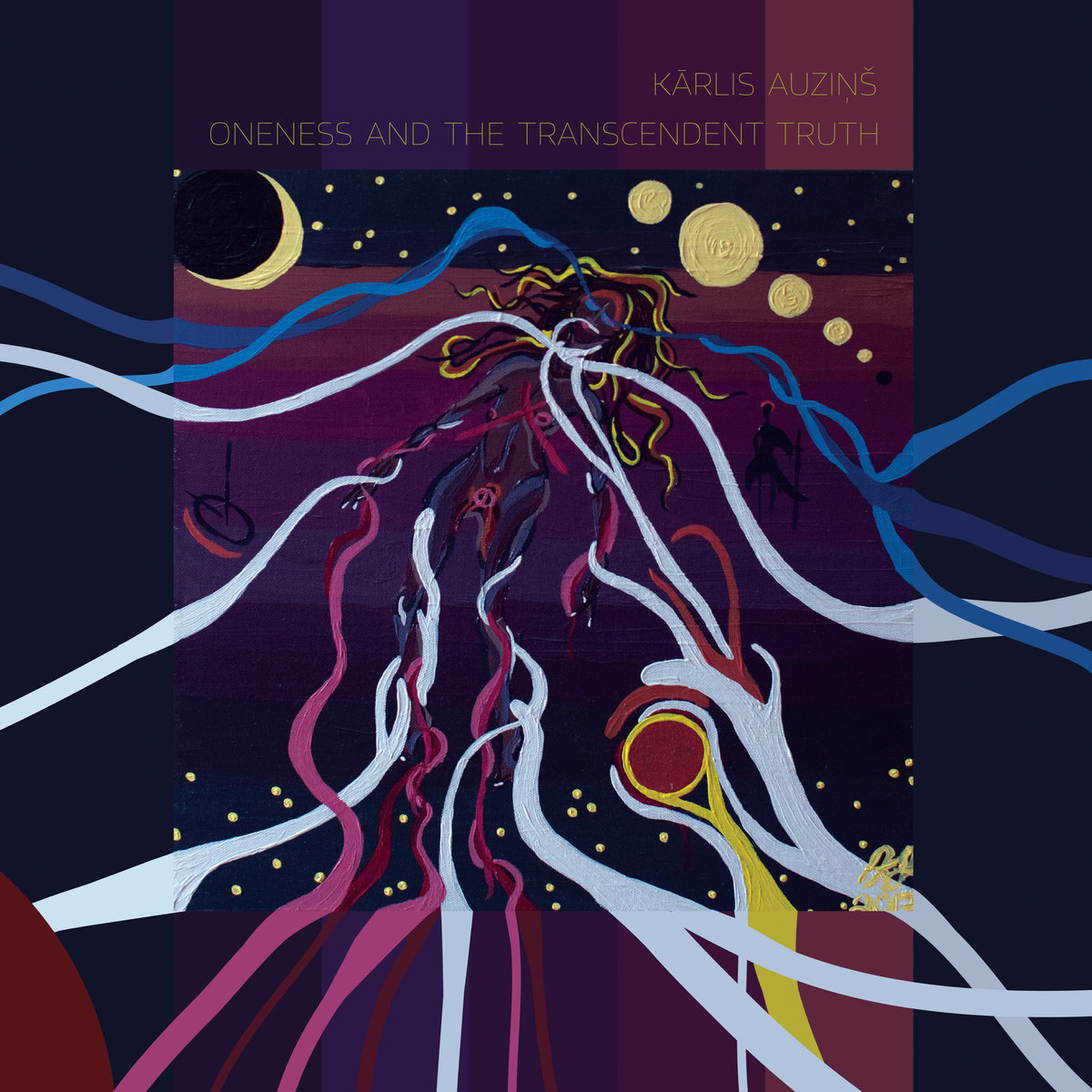 Even for those who are not yet acquainted with a manner of playing and the creative work of Kārlis Auziņš, an indicator that this album is a derogation from the usual and traditional can be found in a courageous and epiphanic album name. I listened to this album for the first time, while driving through a lumpy rush of Tallin’s public transport, which usually alienates my brain, until the first sound waves reached my ears. Usually, while listening to new modern efforts of improvised and jazz music, my jazz musician’s operational system searches for some familiar combinations of sounds and colors, which in my imagination create structures that I can analytically stick to, among them — composition structure, superficial identification of the harmonic and rhythmic motives, recognizing sounds and sources of their emerging, and so on. This album, in turn, bulldozes all my classifications, and leaves me under a free will of Auziņš’ sound world, where all my abilities to predict and interpret humbly resign to give way to «unity» and «transcendental truths». This is the very reason why instead of trying to load this music with handles or palpable concepts and ideas, I choose to describe every composition in some abstract ways that remind me of some visual and audio landscapes from the episodes that emerge on both microscopic and macroscopic scales both on the ground and away from it.

This composition tells me of the time on our planet, where the world just begins waking up from a long and disastrous, immeasurably long period of time, where life was only possible in the most narrow corners of the planet. In the depths of the ocean, where tectonic plates of the Earth meet dark ocean depths, the first opportunity is given to life. Rhythmical beats of saxophone keys remind me of bubbles and hot water columns that evoke when volcanic emissions meet the water. Getting closer, zooming in on a microscopic world towards a line of view, a small but dynamic world opens up, where chemistry and physics become life — early forms of life, the main task of which is just to survive and replicate their genetic material, accompanied by an ostinato bass motive of the saxophone lives through their lives during many generations, gradually developing and adapting to an adverse environment. The melodic motive seemingly tells about one individual life which, having the ability to tell light from darkness, from now on, navigates its trajectory from a meal to a meal, around the competition and hunters, to fulfill its only and the most important goal. In the end of the composition the observer and the listener move away from a close-up scenario, and further away all of this looks like bubbles and water columns.

Somewhere else, many light years away, on a planet where the main structure of life isn’t carbon dioxide, and the presence of oxygen in the atmosphere is substituted by an electro-conductive plasm, a mythical creature stands somewhere on a high peak. Turning against the flat sky, which tonight, when a home star doesn’t shed its light on the ground of the earth, is decorated by a dazzling mix of celestial bodies, just as an organically electronic wolf this mythical creature shows its happiness and despair towards the sky and its tribe. This cry is the only way to tell in one breath that existence is worth it all, without articulation in between the good and the bad. Shouting high frequencies are followed by low hills which remind of blazing darts of lightning which shoot through a conductive energetic atmosphere where this mythical creature saves its powers for a new cry. With the last call, turning its back to a dazzling sky audience, the hero of this story goes towards the unknown to get his courage for the new starry concerts.

In the last century, when the hairless monkeys have developed their ability to quickly kill one another from a distance so beautifully it becomes a form of art, the listener gets closer to a war front, where a dozen of scared warriors in a ditch are waiting for the unknown. Rattle of the automatic weapons, noise of the helicopter motors and shots of large-scale artillery weapons surround the excavated trench from both sides. In a short moment the epicentre of the chaos comes over the heads of the soldiers before anything can disarrange the excessive tension, a dark curtain is put over this episode.

This is the first composition in this album where polyphony shows up, so, while listening to it, I disconnected from an analytical world and turned to admiration. While listening to this album further on, I was surprised by how wide a sound spectrum is possible within the range of this instrument. (Of course, the instrument doesn’t play on its own, all respect goes to the master himself). If until now I could approximately pretend how the sounds I hear get created, now the polyphony left me puzzled. I guess the saxophone players themselves would understand it a bit better, but anyone should stop for a second here to admire this one. The name of the composition and its contents suit one another perfectly well. A dark, melancholic worship at a dimly lit church, shadows gathering in its middle to commonly give out their faint share to a morally questionable god.

The name of the composition prompts thinking about cosmos and interplanetary space, as well as a world of sounds that is opening in this composition helps to visualize such episodes. A small probe made by humankind which left our Solar system in the first part of the 23rd century moves through relatively inhabited regions of the Milky Way. Sun sails and the other futuristic drive technologies let this probe reach the speed close to the one of light. As the probe moves forward with a precise trajectory, it reaches body orbits rich with energy, dazzling rays of light which come into its cabin. The motive with a changing tembral pulsation reminds of an information translation which gets generated in the central system of the probe, which is connected to its mother planet through the quant nets. Seemingly the last stop is the hallway of some well-developed civilization where a foreign language can be heard, trying to understand the origin of the traveller and his goal of arriving here.

The name of this composition encourages to enclothe the things happening in music into some already well-known scenarios of evolving which are described in the religious texts. It might seem that this composition describes the moment of time where the Universe was created, which is gradually filled up with some more complex phenomena, beginning with light, ending with humans. In the beginning the creator creates a context for everything, in the well-lit place emerges the matter, the air, water, earth, planets and stars. Right when the stage gets built, the play can begin — life emerges from mud and water, as well as animals and nature, out of it emerges consciousness that identifies itself and the others, its own place on the stage. We can predict what comes next while evaluating ourselves and our own flaws, if we don’t make sacrifices of time and work. It seems that in the end of this composition we go back to the beginning just to start this cycle anew, because in between the words in the name of this composition there is a cyclic connection.

Those who have experienced the world in some extraordinary ways make it clear that aside some usual characteristics that are telling about the world order both on a physical and social scale, there’s also something transcendent, which is hard to bring back to a usual daily routine and put into words, which use as a mantra for calibrating your own compass or bring your dear ones as an advice after a deep introspective travels to unknown lands. «Transcendent truths» most probably is the best way to name these ideas in words. Where there’s no space for detailed descriptions and instructions, the art and music can speak. This composition, in my opinion, is a portal for an individual reflection session, where everyone can unravel his ball of thoughts to his own liking.

After all the extraterrestrial travels within this album I had some time to draw my attention to what thoughts invite themselves into my mind. Without the criticism or condemnation in some short moments I step back from myself, and while listening to this composition, I let the newly gained experience settle.

I think this album is definitely a unique example of something that has only a few things in the modern music world it can be compared to. I guess the artistic value can be very subjective to every listener, but even without it this album is a trip into the world of technical possibilities of the saxophone, which should address every true saxophone enthusiast. The performance is truly personal and intimate, which makes me feel different than every other album I’ve recently heard.