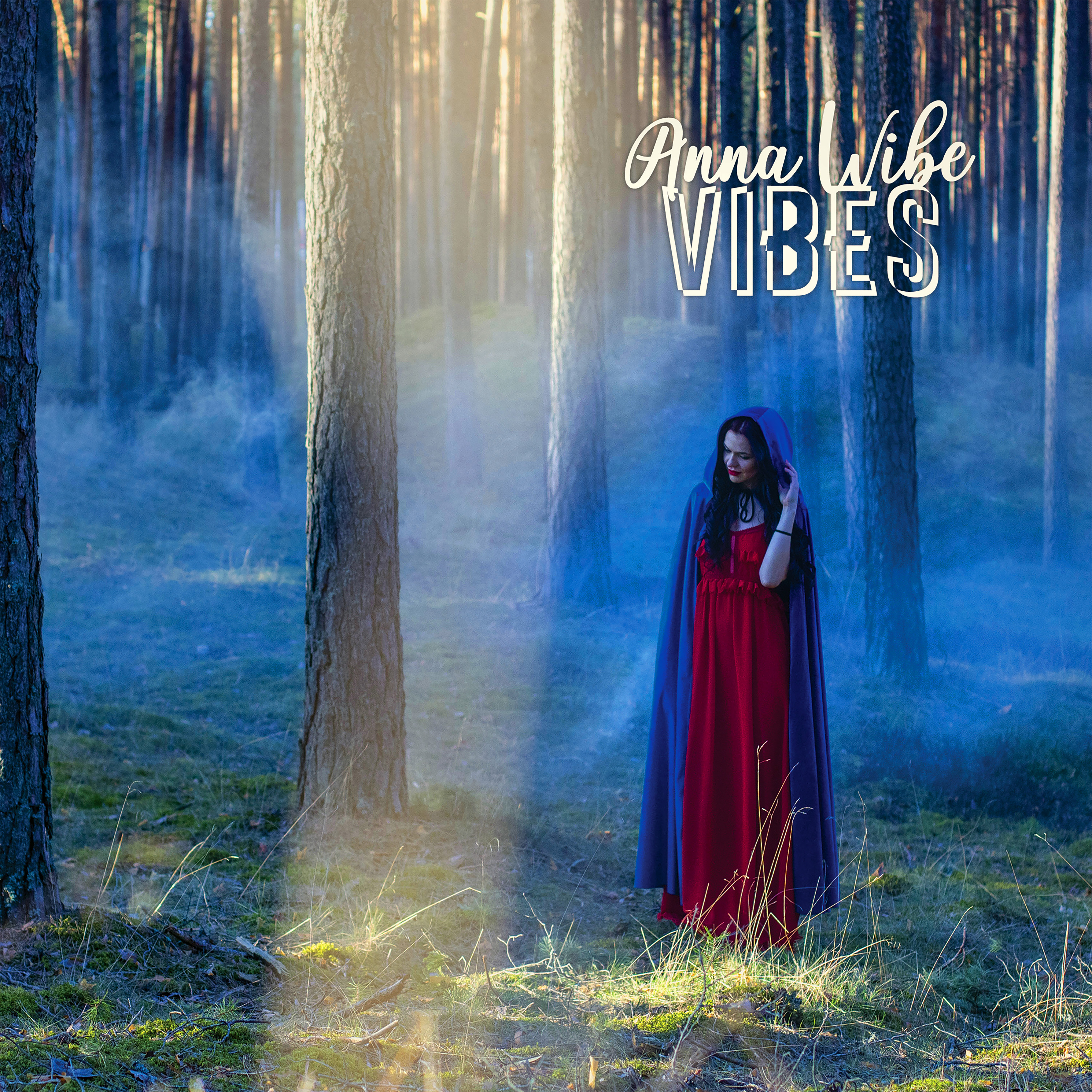 How to call a warm feeling evoked by Anna Wibe’s album «Vibes»? Let’s put it like this — it’s a complicated enough musical language, that is precisely balanced (or maybe it’s better to say — forged and polished) that winds around the album so graciously, as if it just gently strokes you.

It’s valuable that the personalities of all musicians present in the album can be noticed here — vocals by Anna and Linda Kanter, saxophones by Lauri Kadalipp and Tobias Tammearu, double bass by Martin-Eero Kõressaar, drums by Hans Kurvits. I guess it can be called a good band balance. Musical ideas of Anna Wibe and her compositions seem appealing to me. The frameworks of ideas, structures and the way it all develops within the compositions. Taken into consideration that the most part of the longer compositions are taken by improvisations, it would be interesting to hear how Anna Wibe composes yet more expanded musical ideas someday in the future.

The album «Vibes» makes me think about the calibers of the musical energy that evolve out of the recording technique — when everybody plays the music simultaneously, or divides the information into separate tracks. I remember Miles Davis in his autobiography has criticized the idea that music recorded into separate tracks loses its energy. As I recall, he said that in the end all tracks meet anyway, so in a way they are literally two tracks to reach one goal. Sound created by Sten-Olle Moldau has a perfect balance here, it is wide and thick. Right after listening I somehow thought that there could be even more extravaganza in this trip from the sound post-—production point of view. But, listening to that for the second time, it seems just a momentary fad. «Vibes» sound delicate, just as it most probably was created.

Main lines for the album’s identity, in my opinion, are created by Anna Wibe’s harmonic language. In this language my attention gets immediately attracted by putting the voices together. For example, how the lines sung by two voices interact with colors of chords — in the composition named «Afterglow», one of the album’s peaks.

This language contains beautiful ostinato times («2 Days on the Road», «Lady Bird», «Midsummer’s Eve», «Silent Place») and chord connections. I have to admit I got to know the «Vibes» album standing on the riverbank. The proximity of the river made me think that chords played by Anna sometimes sound rapidly («False Alarm» piano solo) or smoothly («2 Days on the Road»), sometimes they are branchy of sorts («False Alarm», «Midsummer’s Eve») or warmly cool («Afterglow», «Silent Place», «1001 Nights»). This language is enriched by a variety of dissonants — from a second transforming into a tritone, up to vibrating rich chorts that are situated on an unidentifiable border between a chord and a written-out cluster.

The accents to the overall sound of the album are neatly put by saxophone solos and interplays by Lauri and Tobias.

The «Lady Bird» composition got my attention by an unpredictable direction, gracious interplay, synthesizer solo shining in bright colours.

One of the most beautiful moments of «Vibes» is a vocal phrasing of Hans’ drums in the beginning of the «Conversation With No Understanding» composition, which is later overtaken by the voices. How beautifully does Estonian language sound in jazz!

«Afterglow» is glowing with Martin-Eero’s double bass flageolets and his expanded exciting solo. I’d like to name the centre of the gravity of the album which is Anna’s piano solo in «False Alarm». «Midsummer’s Eve» is outstanding with its modality in harmony (at least a modal sound), which later branches into more narrow musical parameters. Then «Silent Place» follows, where Anna’s vocal interweaves with cello, and ascetic in texture voice quarters and polytonal piano arpeggios remind me about the stroking mild qualities of the album. «1001» nights is a plethoric culmination of the album’s dramaturgy.