«Asta in Madrid» — melodies of melancholy 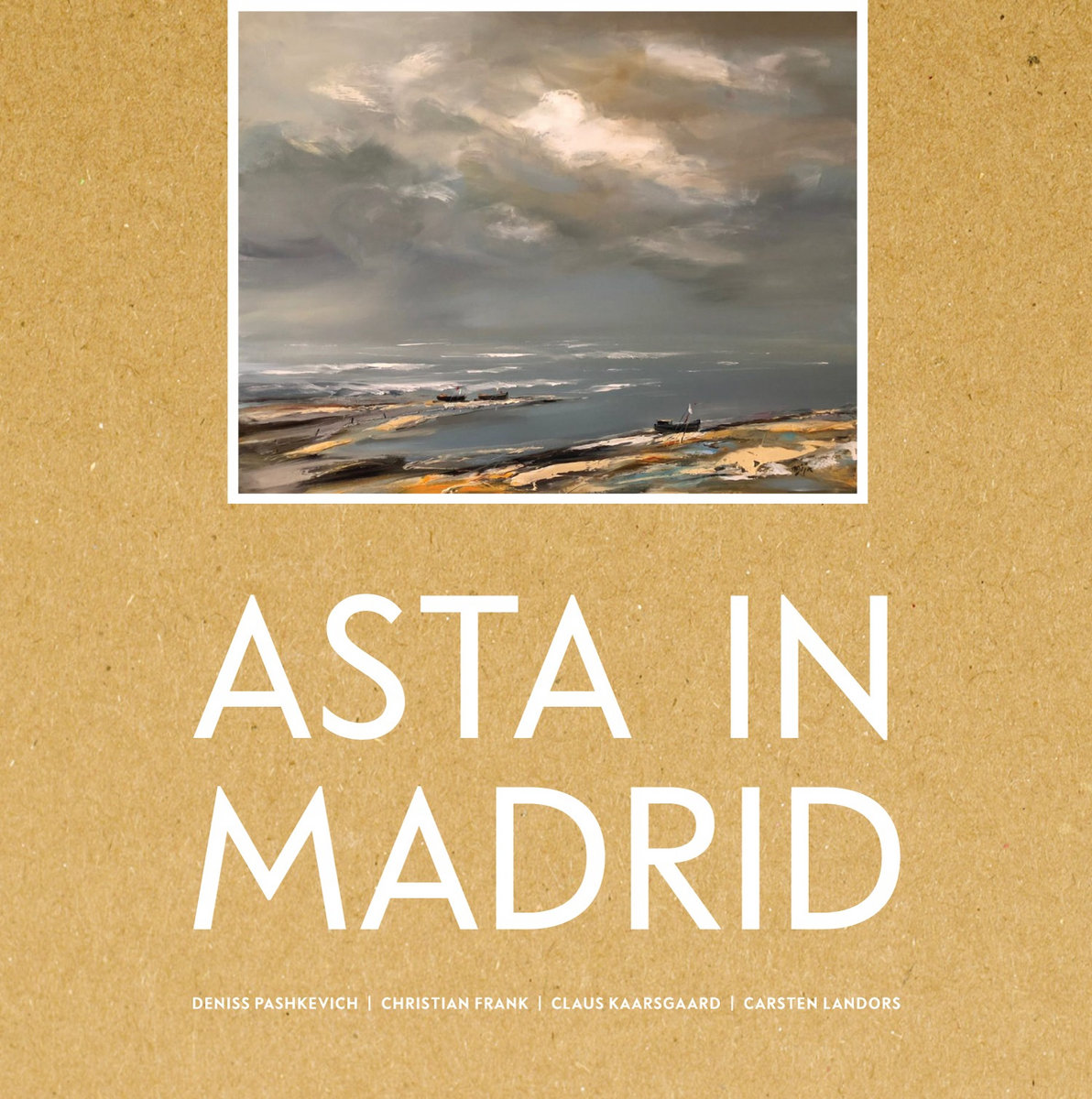 «Asta In Madrid» is an album released in 2019 by Deniss Pashkevich and Christian Frank as a result of their long-lasting collaboration that resulted in many successful projects and albums. This time they as well ended up with a nice recording, sticking to a canonic sound of «Frank/Pashkevich», but with a change to the rhythm section; the musicians went on to explore a new territory.

The main trump of a jazz musician is the ability to fit in. Deniss Pashkevich keeps searching for new musical frames for himself, traveling in between avant-garde, funk, modular synthesis and jazz tradition — hard bop. In the «Frank/Pashkevich» albums he turns to a direct and a non-mediated sound, including elements of many of his creative directions at the same time.

The album begins with «Asta In Madrid», full of melancholy. Four different flows emerge out of the introductory theme with new improvised melodies, skillfully created by each of the musicians of the quartet. I deliberately choose the term «melodies» because, even though drums play quite a rudimental rhythm role, their performance is very sensitive. Karsten Landors chooses to place each note in time, influenced by what the remaining trio plays. This is a conversation where the role of every member is set and known, but it leaves lots of space for variations, improvisation and interaction. Almost none of the sounds are louder than the volume of a spoken word, which gives a sense of intimacy and fragility to the music, which, in turn, invites us to listen with even greater attention.

Even though this album can’t be stylistically compared to cool jazz which emerged as a counter reaction to complexity of bebop and its explosive energy, this album definitely shares aesthetic values with this jazz music period. Composition tempos are relaxed and calm, sound is light, attention is directed towards air and space in between notes. Cool jazz is characterized by ensembles without a harmonic instrument, and, even though guitar counts as one, Christian Frank plays his chords very reservedly, choosing melodic counterpoint over everything else. None of the compositions are distinguished from the whole soundscape, the quartet skips aggressive playing and lets the flow of the rhythm be unforced and natural.

This album still is quite closely connected to jazz music tradition, taking into consideration various aspects — instrumentation, form, rhythmic interplay. Two sides are still clear — rhythm section and «front line» or melodic instruments. Here the guitar keeps balancing in between both positions at the same time. The quartet still sticks to the «theme and variations», a scenario very often played out in jazz. In the beginning of each composition we hear an outline of the main material (within this album it’s a melody with accompaniment), and right after interpretation follows, based on the harmonic and rhythmic plan.

Even though we can’t hear too much swing, an element of jazz, here, Claus Kaarsgaard and Karsten Landors play every composition with an attitude and feeling, absolutely necessary for it. Rhythms are natural and lightly swinged, elastically changing their form within the flow of the composition. Both musicians take into consideration a huge traditional mountain standing right at their backs, but are not limited by it — their interplay is a dynamic dialogue.

A very pleasant indentation in the album which attracts attention is a composition named «River». This is a free episode where the main material isn’t so easily identifiable, and probably the only main motive is the mood. Our listening experience is centered by bass ostinato, and different sound waves flowing around it. There’s no certain soloist, instead, all instruments just come into the forefront from time to time and then step back to give space to someone else. While listening to it, I get an impression that these are favourite cosy home slippers for Deniss, and each choice of his is very musical. He plays with a deep and unshakable certainty, he speaks through his instrument.

I’d like to pay some attention to how the musicians play in the ballads of the album. In the «Corale for JH» they perfectly maneuver in between free and non-mechanical time, where the ensemble breathes together just as in chamber music. Each sound complements the previous one, creating an impression that the source of music is one whole common consciousness.

«Asta In Madrid» is an album with singing melodies and empathetic interplay that doesn’t ask any serious questions but stands out with an openness and a powerful mood. This album includes many beautiful ensemble interplay moments, and I value a long-term talk in between Deniss and Christian, lasting in between albums and projects, really high.