A talent show in an album dress 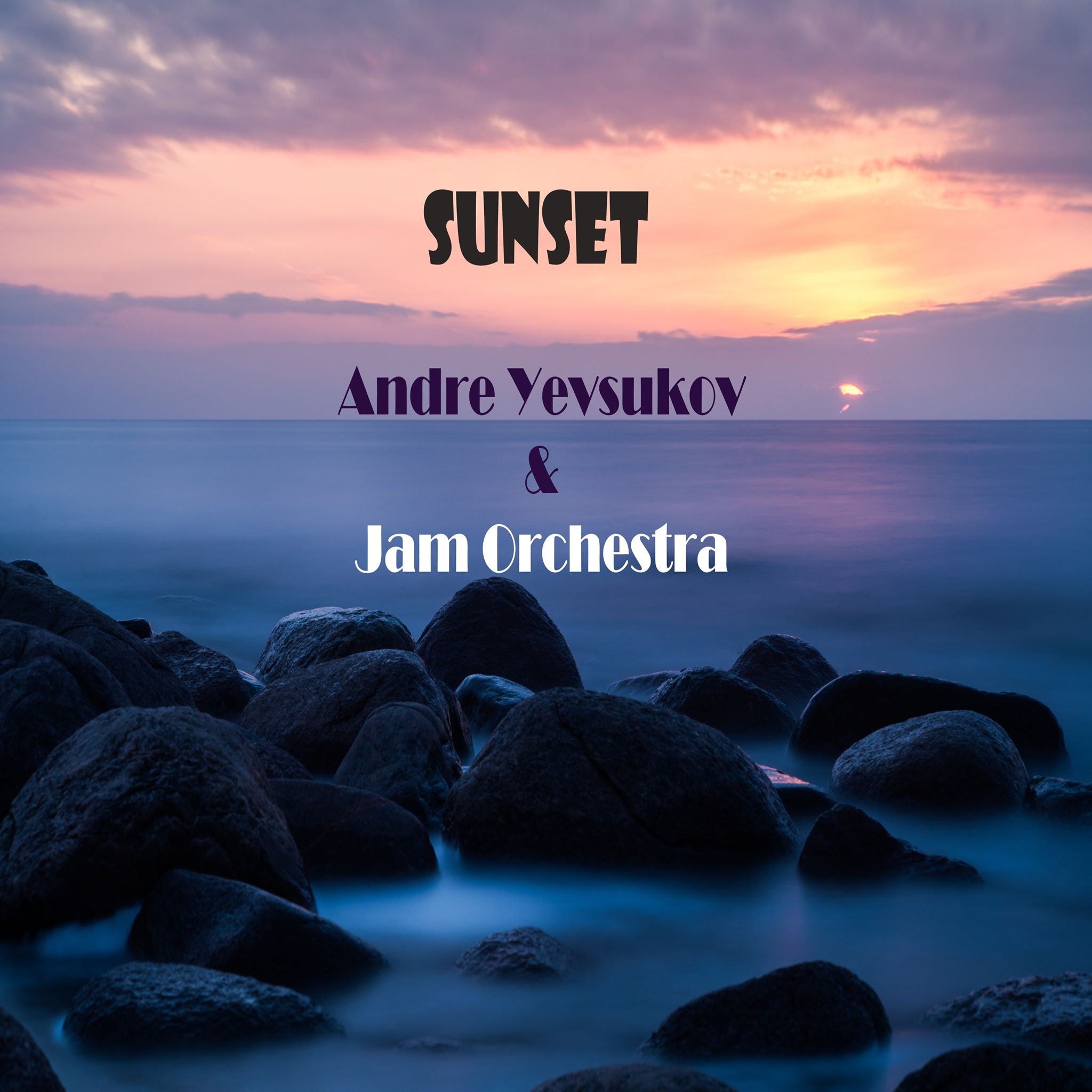 The musical team of the album is made of the most well-known and experienced Latvian musicians, united under the name of Andre Yevsukov. Jam orchestra seemingly implements its identity, comping soloists, smoothly putting down an even texture which serves as a platform for every musician to show his box of melodic motives. Even though each composition in the beginning opens up in a different way, after I’ve listened to the album for the second time, compositions blended into one whole where harmonic pulsation is either static or, in the best case, linearly cyclic, but it’s also important to stress that the compositions themselves aren’t the main dish of this album, but they are a plate which musicians put their identities on.

The first composition of the album demonstrates specifics of how the compositions are built. A part is a row of sequenced motives, followed by a contrasting lyrical B part, where saxophone plays the melody. Further structure of the composition continues in an expected jam format where the soloists play in a fixed form. It was interesting to listen to the solo of a pianist Romāns Vendiņš where the musician seems to undertake more risks, freely interpreting and playing around harmony in a static A part, not turning to just one idea for a long time, and going with the musical flow. The solo of the author himself in this composition develops from calm and mystical to more and more sequenced elements within his solo language, following the dynamic texture of the band, which seems forced instead of improvised. The ending of the solo melodically concludes with a Joe-Pass-styled melodic motive in octaves.

Some of the brightest moments in this album to me were represented by solos of the bassist Pēteris Liepiņš, who in a relatively short period of time tells a lot about his bass play, integrating a bit of everything — melodicality of avant-garde, technique of high tones and pinch-harmonics, slap-bass, as well as some other interesting harmonic choices. «Sunset» is also characterized by a somewhat lethargic groove which, instead of making me relax, invited me to search for some faster compositions in the album. To tell the truth, the composition nicely grows the dynamics up until the end of the guitar solo, where in the B part an attractive and appealing harmonic material emerges. I also have to admit that the soprano saxophone in the hands of Zintis Žvarts in this album sounds amazing, and I like it way more than the tenor saxophone, whose delicate and distinctive vibrato makes it sound less convincing. Improvisational language of Žvarts is totally reserved, although combined with some good attempts to break out of a monotonous harmonic plan, as well as appropriately deals with aesthetics of the 1990ies in this album.

Unfortunately I cannot say that a distinct attractivity or communication can describe the interplay of the band. Even though time and rhythm are flawless, the whole mood of the line-up isn’t more than its name tells us — it’s tended towards just comping and not disturbing the soloist. Drums accompaniments of Lintiņš shine in direct, R’n’B style grooves where comps freely demonstrate the space, although stagnate in swing rhythms, where the drummer persistently sticks to ostinato cymbal accompaniments which sometimes play a role of freedom, air and space, necessary for swing. It might seem a little bit that this album was produced in the 1990ies, because one can clearly hear that the author loves «Yellowjackets», and musically plays Charlie Parker and other bebop era masters. So this adds a little identity crisis to the album, where developing the melodic material through sequenced motives demands for a more complex harmony with a wider tonal plan. The result is the album where one cannot distinguish one composition from another, one solo from another, as well as the fact that the length of every composition is more than seven minutes doesn’t make this situation easy to perceive. Nevertheless, the contents of the album suits the title of the package — solo showcase of Latvian jazz music veterans.

Calculation and pragmatism are a vital part of jazz music tradition and improvisational art. Intellectual decisions about the direction of improvisation and structure of melodic phrases serves as one of the milestones in creating a nicely sounding improvisational language. Composition structure and improvisational language of Yevsukov are characterized by precision and virtuosity, which, if looked at analytically, doesn’t show any flaws neither rhythmically, nor harmonically. The second component, which often cannot be calculated, is something intangible — creation of the whole story, presence of a spontaneous, creative and divine spirit of art, or some other more subjective interpretation. This element, in turn, is left aside even more, leaving my brain under apathy, which unwillingly emerges when I survive through some deja-vu episodes. Just as a coloring book, where the pencil doesn’t step over any of the lines, or just as a Rubik’s cube which gets put together just one time and untouched after, this music makes me long for some chaos and lack of limits.