The album that makes you think of the present

In the garden of sound. «Live in Salaspils» by Jānis Rubiks 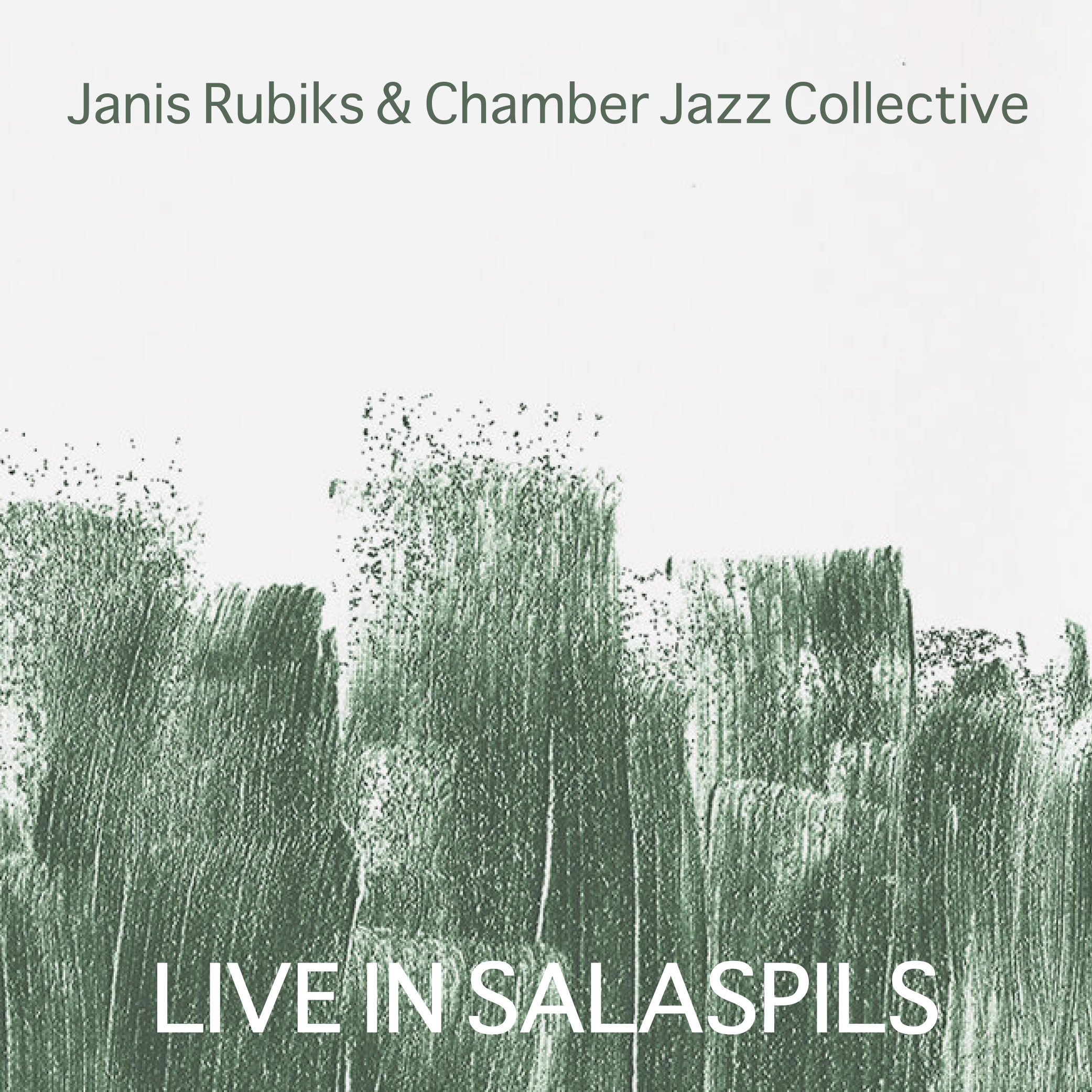 First of all, I’ve listened to this recording. Only afterwards I began searching for some information about the musicians, thoughts of Jānis Rubiks and conditions of recording. Jānis writes that this music is an «imaginative trip through the human mind», it «brings you deeper to the». Even though «Live in Salaspils» didn’t give me a transcendental experience, nevertheless the work by Jānis Rubiks and «Chamber Jazz Collective» really reminded me about the present and made me think of it. And this is something. I’m trying to recall when the music has evoken such momentary episodes in me, in which the mind seems to erase time, or the time erases itself, and something that cannot be put into words stays. Something similar was achieved by a piece by «Mona De Bo» «Kur ir šeit?» (Where is now), something like this was probably done by «Graindelavoix» vocal ensemble, and Jānis’ words reminded me of the final of «No Country For Old Man» movie, where a hero played by Tommy Lee Jones tells his wife a significant dream, ending his story with the words «And then I woke up».

The Salaspils concert recording evoked some thoughts about the fact that the string quartet comes into the music composed by the new generation of Latvian jazz musicians as a constant phenomenon. Here I remembered «Strings Attached» by Dāvis Jurka and «Holographic Projections» by Toms Lipskis. The concert recording of Jānis Rubiks proudly stands near those aforementioned. Here — at the Salaspils concert — strings together with the jazz ensemble mostly intertwine, cross, inlay, not fade or rub one another. This is definitely an achievement of both composers and musicians of the quartet (Kristiāna Ozoliņa, Ivars Brīnums, Silvija Krauze, Dārta Svētiņa). One of the undeniable lucks of the recording is a participation of Edgars Cīrulis — here he is the music author. A tune «Equanimity», which he composed, creates a powerful core of the album or the middle culmination, where the string sounds, pizzicato and quick arcos make a significant part of the whole sound.

The concert, recorded at the Latvian National Botanical garden, begins with «Chorale», which together with unrushed string chords introduces the «We’ll Start at Early Dawn». Double bass by Jānis Rubiks and drums by Jānis Jaunalksnis strongly charge the piano solo by Atis Andersons. After that Jānis Rubiks takes this charge and puts it in his own solo. After the theme ends, the second one, or intermede arises — a downwards sequence played by the violin, and with the second appearance of this violin the composition fades out as a tiny piece of charcoal, gentle as a light tap on the triangle.

When listening to the Salaspils concert for the third time, I abandon the walls of my house and travel to a place which could in a way become similar to the stage of Botanical garden. In the shadow of our Congress hall there’s a huge long flowerbed, hugged by a wide granite ledge. It becomes clear that I can’t recreate the non-experienced concert, but the wind and the flowers nearby maybe tell me something I haven’t heard before. In the third composition of the concert «Deeply Now» and its rondo-like theme (which, thanks to the natural minor, can also be called a folkloric allusion) the attention gets mostly caught by some micro episodes (episode as a contrary to refrain in the meaning of the form creation). While sitting on the granite ledge and listening to the album in «Sony MDR-XB450» headphones, I even more appreciate the intro, in which the strings in the beginning sound as some insects flying past me, then only lightly significant harmonies appear, and at the end the double bass, piano and drums join then, during the second repetition of the theme.

The finale, where natural minor ir suddenly changed towards major, is, in my opinion, one of the most finely and beautifully created details. I can imagine how «Deeply Now» sounds if arranged for a big band, or as a ballad, how this theme becomes a nowaday Latvian jazz hit. This is a silent or little culmination of the album with a beautiful, melodically storytelling solo by Rubiks and energetic solo by Andersons. In the beginning I would like to state that the ending of the composition isn’t that powerful and well thought through, as an introduction and the head, but, once more returning to «Deeply Now», I again think that this is how it should sound, and it’s great.

«Presence» begins with a beautifully written choral singing, which in the beginning seems as if been created not for a string quartet, but for a vocal ensemble. When listening to it for the third time, I’m not finding any added value to that simple choral, but then I get even more sure that this is an inevitable part of the album, which amazingly (with a great violin passage) becomes a prelude to one of the best concert moments — «Equanimity», where the lines played by the jazz trio interweave with the string quartet textures. «Walking Alone» fantastically changes the mood of the concert. Especially the piano solo by Atis Andersons and the built culmination of the composition. It is quite hard for me to define what does that mean (and I won’t aim for that as well), but the moods like in «Walking Alone» make this an absolute summer music. Lana Del Ray sings about summertime sadness, after all. And «Summertime» says: «One of these mornings you’re gonna rise up singing, and you’ll spread your wings and you’ll take to the sky». «Follow the Flame» theme is circling around itself as a yellow firewheel. String quartet strokes and register change and flicker, individual lines are colorful, which, slowly fading out at the time of Jānis Jaunalksnis’ drum solo, return with the last thrust and chord.

Probably the main conclusion about «Live in Salaspils» is — the musical feeling of Jānis Rubiks and Edgars Cīrulis is connected by their unity in music, a creative result of which is really pleasant to listen to. The transition of the concert recording to the album is really successful. I hope that in the future this collaboration will create something new — a really bright material. Miniatures «Chorale» and «Presence» sound like preludes to the next compositions, and musically unfortunately they’re not as interesting as «We’ll Start at Early Dawn» or «Equanimity». Although preparing small gemstones most probably is connected to composing and experience, which can also be improved in the future. When I was listening to this album for the second time, it seemed that the intertwining flow, connecting the first and the second, fourth and fifth tracks, could suit also the other breaks between compositions, make the whole impression about this album one-piece and at the same time multilayered.

The great job was done by Gustavs Ērenpreiss. The balance of the ensemble is clear and transparent. A success is the ability to catch a hardly describable feeling, for which the first word that comes to mind is «presence». All the feelings don’t contrast with what was written in the press release of this album. The language usually used in the Latvian music PR texts, poetic (but not well thought-through and depleted) mostly can’t be believed. Nevertheless, here behind the words the human simpleness is hidden, not the marketing calculators. The music of Jānis Rubiks assures me of that.