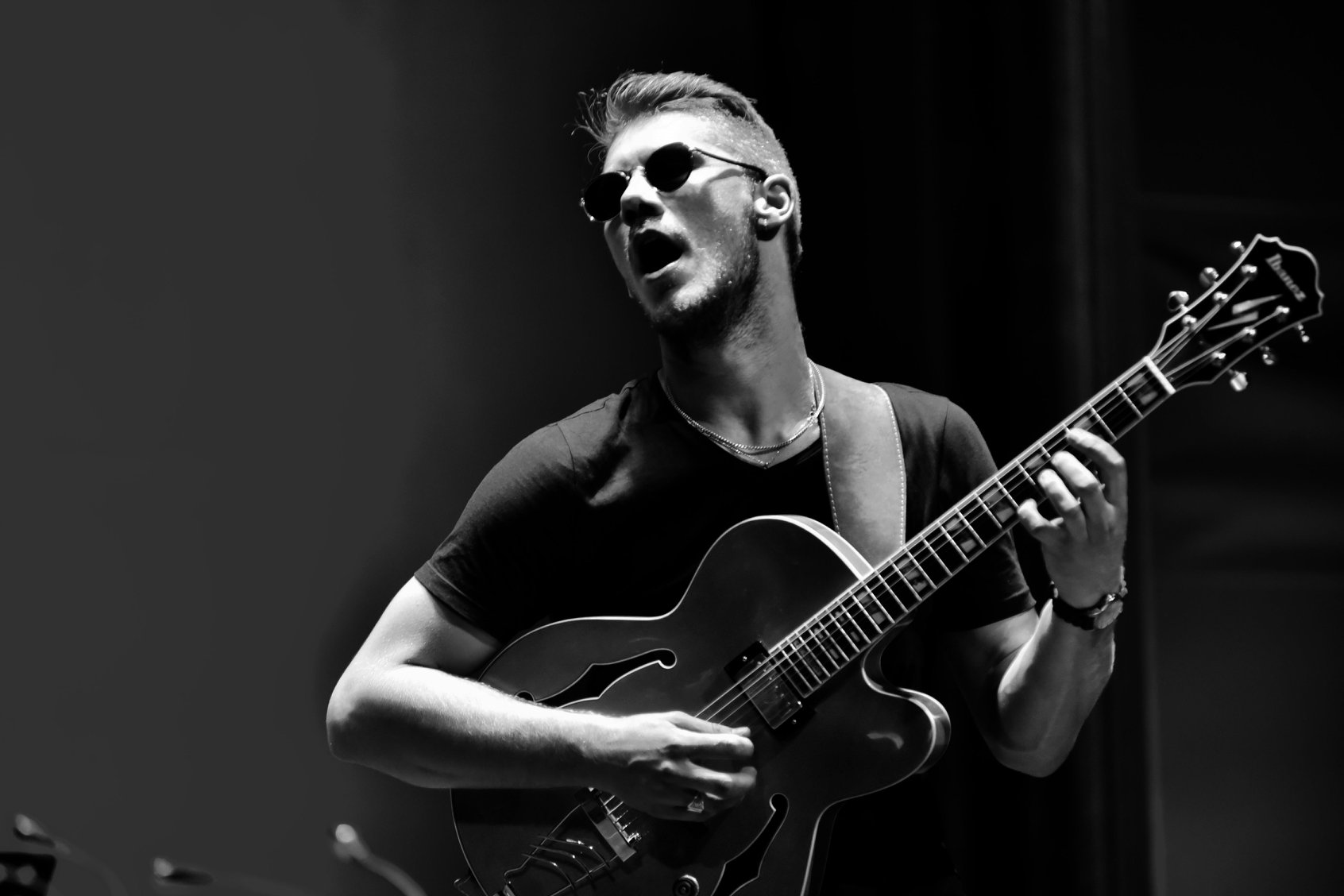 Our beautiful planet has a pretty rich baggage made of different music festivals which grow larger and develop every year, where you can find new music, new amazing musicians. There are some events of interactive nature amongst them that are able to attract the new generation of young musicians. One of my first experiences as a young and upcoming guitarist was a trip to the «Guitarist Session» in Madona, during which I enjoyed a lot of sleepless nights spent jamming with my future colleagues, but also where I got the chance and inspiration to fulfill my musical aspirations and to develop my knowledge and skills, and that motivated me to follow my dream of becoming a professional musician.

Nevertheless, this article is about some other fantastic festival that has just celebrated its 14th anniversary, it takes place in a small town called Ventspils. If my memory serves me well, I have been a participant of this festival for five years in a row and after all these years I am able to appreciate the worth and the importance of these kind of events in the life of young musicians, how this kind of events inspires new musicians to create new music. «Ventspils Groove» is a festival that lasts almost a whole week, that has knowledgeable teachers and musicians from Latvia and from abroad, who work together as a team and try to engage the participants of the festival in different workshops. The participants of the festival are divided into small ensembles, assigned to a big band or a gospel choir, and are given the chance to demonstrate what they have achieved during this short time by performances on a big stage during a final recital.

This year the team of teachers was mostly made of Estonian musicians that were continuously working together with the Ventspils Music School throughout the whole year. You can find a lot of familiar names, because these are no strangers to Latvian musical life: Raul Sööt — saxophonist, arranger, Tanel Ruben — percussionist, Heikko Remmel — bassist, Susanna Veldi — vocalist. 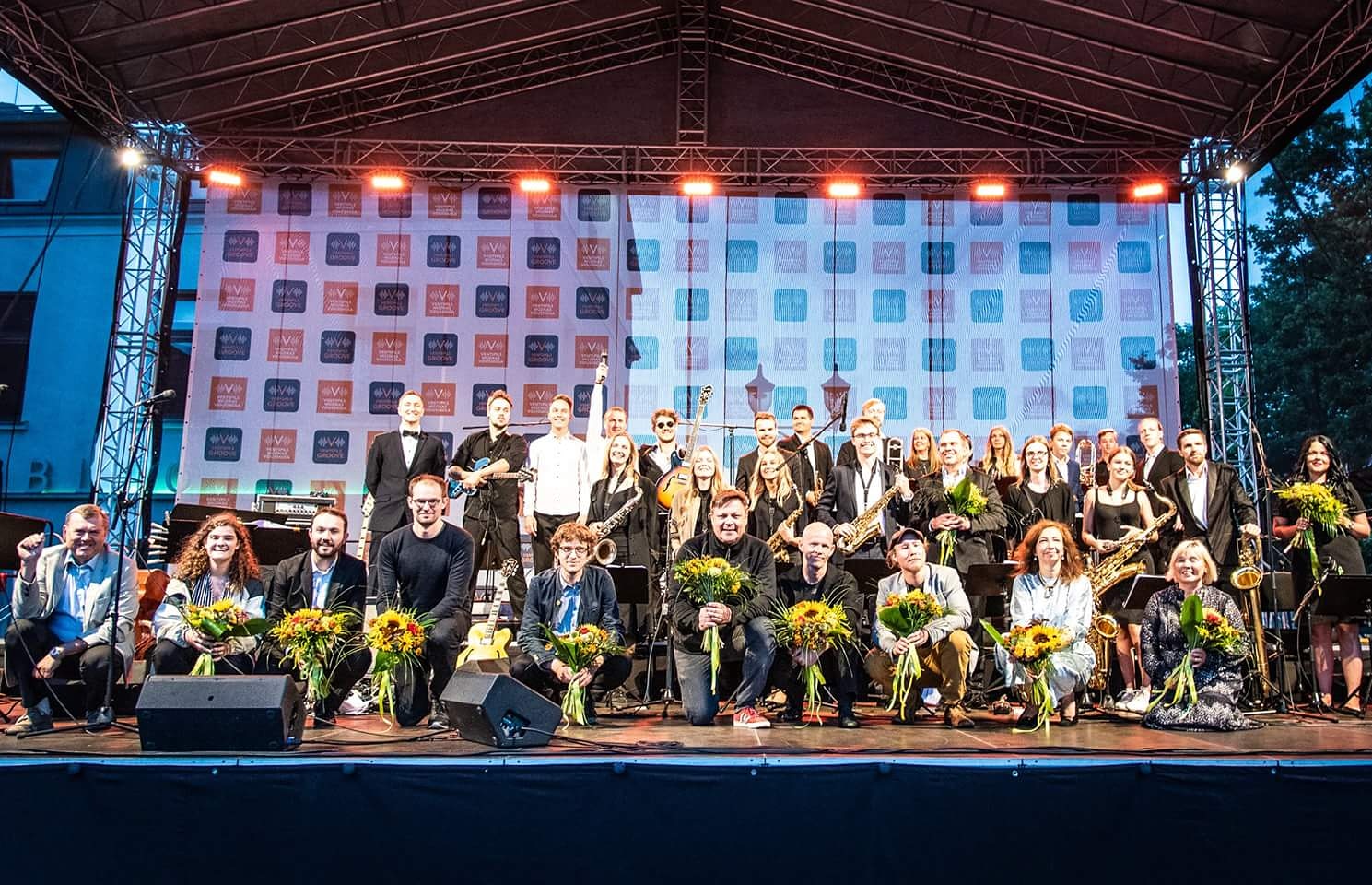 Another member of the international delegation was a trumpetist from Austria Gerhard Ornig. His participation in «Ventspils Groove» is already a tradition of sorts, he has been a teacher at the workshop sessions for several years in a row. Another teacher from abroad is a Finnish pianist Tuomo Uusitalo, who was also joined by local musicians — a saxophonist Renārs Lācis and a trombonist Maija Lāce, both of them usually take charge of the big band; a jazz vocalist Inga Bērziņa, who is already a veteran of «Ventspils Groove», because she has been a teacher there since the very beginning. All in all the team of teachers of the «Ventspils Groove» workshops is very impressive and also competent and is able to share knowledge about different aspects of jazz and musicianship.

It is absolutely clear that the event that repeats for 14 years in a row has its own traditions and the order of things. This year there were several new conditions considering the place that hosted the event. As a lot of people already know this year Ventspils celebrated the opening of a new concert hall called «Latvia» which from now on will serve as a venue to satisfy the local music school’s needs. Even without stepping a foot into the new concert hall I had to pick up my jaw from the ground because is impossible to find another building like that in Latvia nor in our neighboring countries. Starting with the impressive architecture created by a German artist, moving on, we see a modern interior with everything a music school might ever need. The place is truly majestic. Finally after all these years the music school has received a place which will allow all the students unite under one roof.

The first day of the event is usually meant for spending time together and getting to know each other better. Traditionally the students get to meet their teachers and then there is a performance from the teachers, during which they demonstrate their ability to improvise, to play together even without knowing each other, which is not unusual for a jam session in jazz music. During the rest of the days students attend workshops with the teachers of their instruments and after that there is a rehearsal for small ensembles, or in other word — combos. At the end of the day there is usually one or several concerts. The worth of these events usually hides not only in the workshops or the concerts, but also in the atmosphere that is being created when musicians from different countries with different levels and of different ages meet together and start creating something beautiful. These relationships that later turn into friendships usually become a basis for long-term collaborations. Attending such a festival as a student can become that something, that little thing that makes you turn your hobby into something bigger that can give you the strength to turn your dream into reality and start doing music as a professional, to make you see that it is worth it to go and learn music in a formal way.

Of course the festival is important not only for the students and the participants of the workshops but also for the city itself and for the people who attend the concerts. Having such a festival in your town and in your school is something that makes the town more respectable, it improves the image of your hometown and serves as a tool to persuade students to enroll into a local music school and to move to the town from other cities. Traditionally jazz and improvised music was a form of art that was meant for enthusiasts and people who had the education and knowledge in this specific genre, but this festival and events like that are actually building bridges between jazz musicians and regular people who get the chance to find out something new about the music they have never heard of. Although I am not a regular attendee anymore, I have noticed that every year the number of people that come to these concerts to listen and enjoy is growing, also the number of students that decide to participate in the workshop session is growing, that means that the festival and the music are gaining the trust they have earned with their continuous and tedious work and by showing that they strive toward the quality. 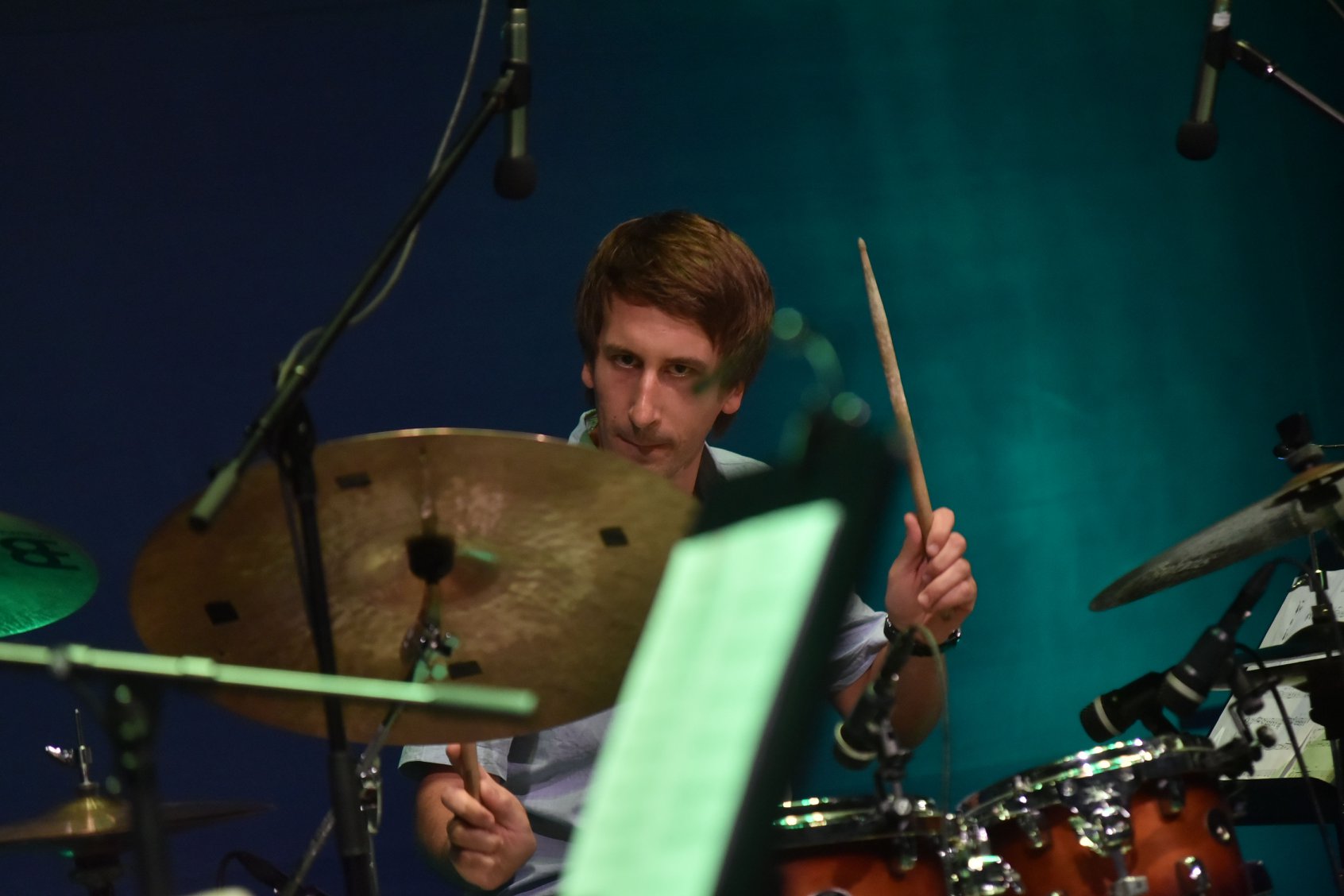 It seems that only in retrospect I am able to evaluate the significance of these moments in my musical life, the moments spent in the company of people who are just like me, who are only starting to explore the world of music and who tried to show themselves to the world and to prove themselves as professional musicians. The opportunity to learn from these people is indescribable, these professionals gave us so much. Although a bunch of workshops, concerts and classes is the core of these kind of events, I think that the real worth of the festival is something that we cannot really understand. In my case it was like a preview or a prophecy that foretold the direction of my musical career. Interacting with each of the participants of the festivals and each of the teachers can become that push.

My own long-term participation in the festival has motivated and inspired me to create something similar. For four years in a row I have been organizing a small jazz festival called «Valka Jam» in my own hometown Valka. Even though my first event started out as a celebration of my 25th anniversary, where all the guests were my friends, who also performed on the stage and later on participated in the jam session, it turned into a tradition that I will gladly repeat for many years to come.

«Valka Jam» is an evening, usually in the last week of August, that gathers talented musicians from Latvia and Estonia (this year also from Finland) and also knowledgeable people from the town itself, from its Latvian part and also the Estonian part. Traditionally after a three part concert the stage becomes a place where people can express themselves, freely participating in a jam session and letting the listeners of «Valka Jam» to enjoy it.

During these last four years I have managed to gain a lot of experience in organizing and planning, starting with taking care of seemingly small things like note stands, enough light on the stage for the musicians to see the sheet music, booking the musicians in advance and other important aspects that need to be taken into consideration in order to make the event happen. This year, just as the last few years, I tried to book three different ensembles that would be able to hold the attention of the listeners for several hours. This year for the first time «Valka Jam» has hosted the musicians from all Baltic states, a pianist from Finland Tuomo Uusitalo, who was already mentioned above, together with a drummer from Italy Alessandro D’Anna, who performed in an energetic duo in the beginning of the first part of the concert, demonstrating the skill to create a musical dialogue. Continuing the concert the stage was given to a band from Estonia «The Nonconceptual Art Club» — as you can see from the name of the band it wasn’t an ordinary performance. The band has named their performance style as «confusion jazz» and played a powerful and charismatic set that was highly appreciated by the audience and left quite an impression. The last performance of the evening was from a well-known trio «Čudars-Auziņš-Arutjunjans». Musicians have played a very exciting set, they performed their original music that was full of free improvisation that was masterfully kept out of the usual and familiar boxes, the musicians have demonstrated different and interesting ways and techniques of playing their instruments.

I am extremely grateful for the last four years that have been hard but during which I had the great support of Valka’s municipality and other organizations. Even though this event is mostly dedicated to my hometown and is meant mostly for the local audience, I am dreaming and aspiring to grow the event and its target audience. Along the years I have been growing the ambition to make this festival into something bigger, to add elements of workshops into it, maybe even something along the lines of «Ventspils Groove» or «Saulkrasti Jazz». While saying all this out loud, I have also come to the realization that developing my event into something bigger will require even more resources and strength. If the fates allow I hope that this year I might find the strength in me and the resources and the support I need to create a new educational event in my region. So hopefully I will see you in «Valka Jam» in 2020!