Digital organ that was produced in Latvia as licensed by Laurens Hammond — where is it now?

This year State Electrotechnical factory celebrates its centenary, and in this honour in May VEF JAZZ CLUB concert series at VEF Culture Palace hosted the Latvian band «Organic City» with its founder pianist and organist Atis Andersons. People say this factory produced everything from a needle to an airplane, and VEF JAZZ CLUB series host Antra Dreģe has found a surprising fact that once «Hammond» organs were produced in Latvia with a unique design by Ādolfs Irbīte, and some of the organs still exist. We’ve decided to investigate this case together with Antra, which has led to a whole research on digital organ produced at VEF with a Latvian design. 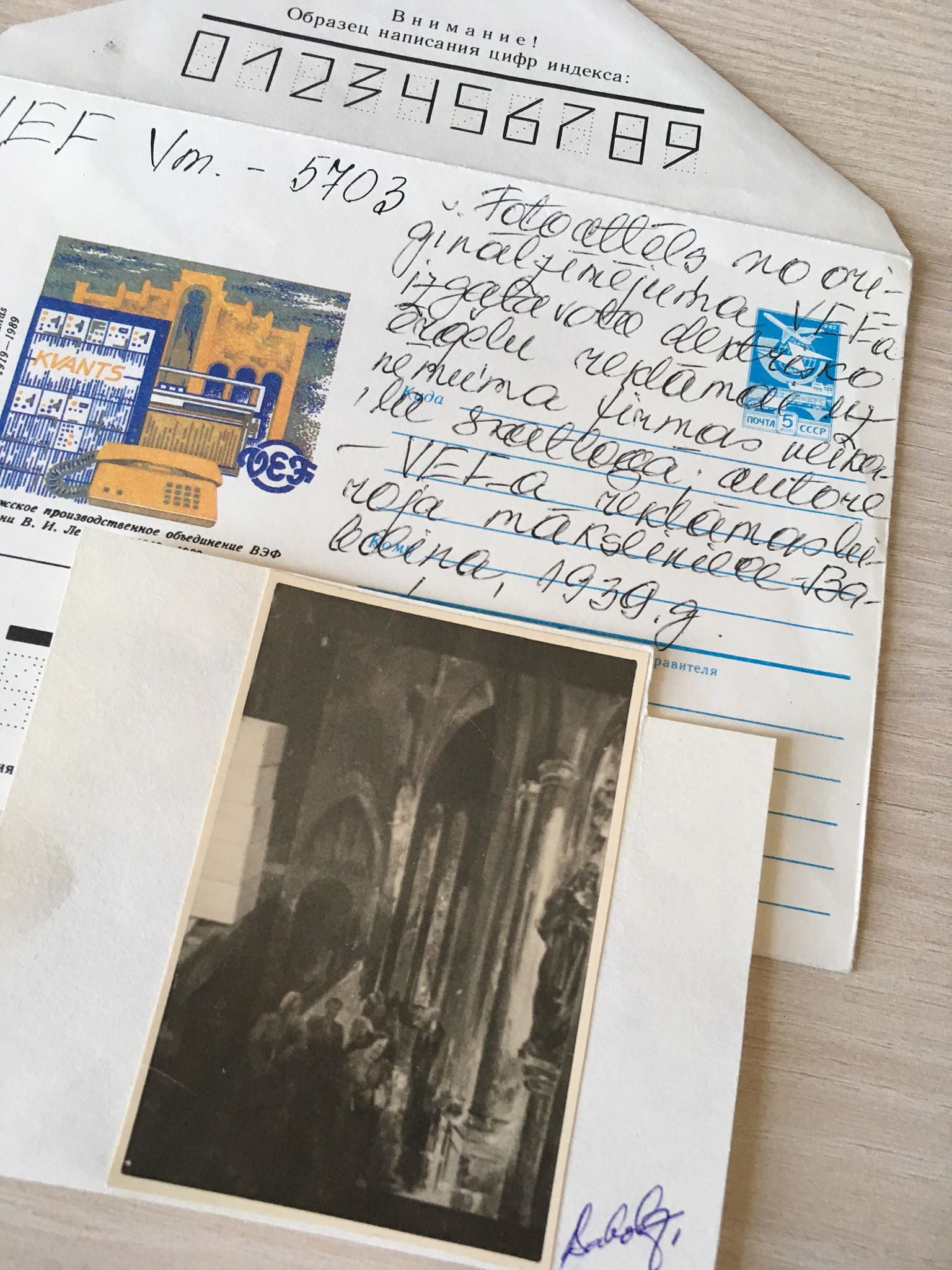 «Hammond» organ was created by Laurens Hammond and they began to produce it back in 1934 in the US. this instrument was a way cheaper alternative to a traditional pipe organ, in such a way opening up way wider market opportunities. In 1937 the State Electrotechnical factory has purchased a license from Hammond to begin organ production in Latvia. Compared to the US, the client had a chance to choose his instrument finish — be it just the same as of the original Hammond, or with an oak-wood or the other wood finish. The wood was from Latvia, as well as the unique design of «Hammond» organ, produced here. The design was created by a prominent artist, constructor Ādolfs Irbīte, whose VEF radio receiver design took a Grand Prix and golden medals at World Expos in Paris and Brussels. In August of 1937 at a huge Zemgale region expo in Jelgava the VEF electric organ has for the first time been exposed to a wider audience and got an appraisal of Kārlis Ulmanis, the president of the Latvian Republic of that time.

Similar to America, in Latvia in the beginning the quarrels appeared on the matter: do sounds created by electricity completely substitute a sound of pipe organ. However, the instrument was popular not just because of the sound quality , but also because it was way cheaper than a pipe organ, and one of those now are at the Literature and Music Museum. There’s a videostory told by an arts expert of the museum Ligita Ašme, but the sound of the «Hammond» organ is demonstrated by Artis Ločmelis of «Latvian Blues Band». During the coming years, VEF organ was purchased by congregations of Liepāja church, Madliena, Vecmuiža, and some others, at least 10 in total. Unfortunately, in many places the organ installation was destroyed by the Second World War.

In the second part of the 20th century in America and Europe «Hammond» organ, especially the legendary «Hammond B-3» model, began to be widely used by jazz musicians and many rock bands. After regaining our independence in Latvia some people could also fulfil their dream about «Hammond». For example, Zigmārs Liepiņš buys his instrument during the tour in America. The proud instrument owners were also «UBS» sound recording studio, Jānis Lūsēns, during its recordings and concerts used «Latvian Blues Band» and many others.

In the case of «Hammond» instruments, produced in VEF, many don’t exist anymore, and now we could get some information about precisely 3 instruments that are still alive: one is in the aforementioned Literature and Music museum, one is at the Liepāja Luther church, and the Dailes theatre still has an instrument purchased in 1940 by Eduards Smiļģis. With the help of it he has made Marģeris Zariņš come to work at the theatre, who later wrote about it: «I have eleven note stands with nineteen musicians. And to mention this famous Hammond organ that you can imitate a xylophone, bells, saxophone with!» The organ found in Daile doesn’t produce sound anymore, but we can listen to how it did back in the days — Orests Silabriedis has found an audio file which, dedicated to Marģeris Zariņš, is played by an instrumental trio of Ieva Pļavniece, Juris Vaivods and Orests himself.

Third organ produced in VEF now can be found at the Evangelical Lutheran Church in Liepāja. We asked its pastor Raitis Šēners to film a little video for us, where he tells a story of «Hammond» which was presented to the church once by a president Kārlis Ulmanis, donating 10 000 lats for purchasing the organ to the Liepāja Lutheran church. The «Hammond» produced in Latvia stands there since 1938, which is stated at the inscription in the instrument.

VEF Culture Palace also hosts an Electrotechnical Factory history museum, and after talking to its nice guides and museum collection director, it appeared that the museum collection also has originals of catalogs containing lists of many instrument parts produced at VEF — for example, keys of a historical «Hammond» organ, which is another proof of a context of our own history. 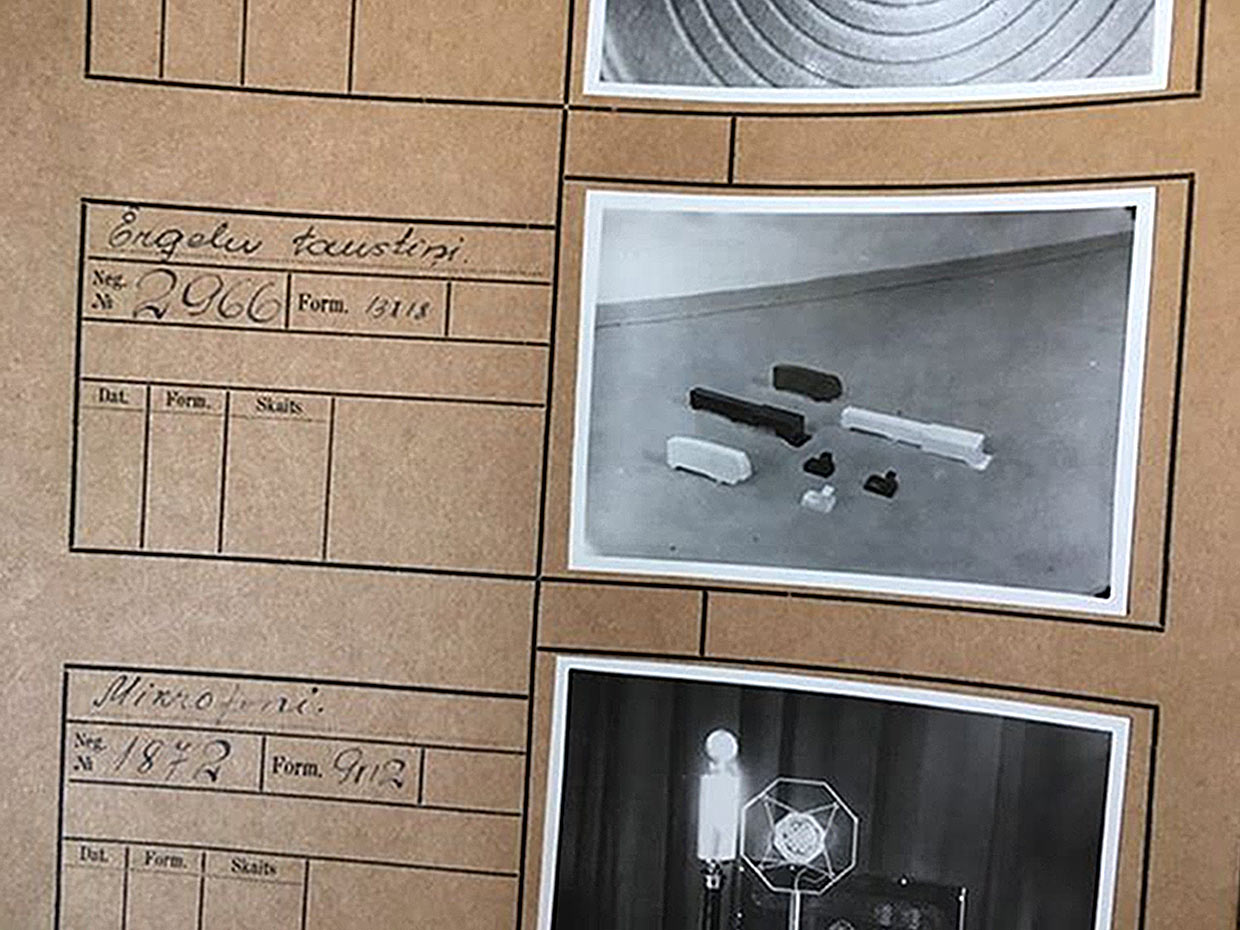 VEF Culture Palace also hosts an Electrotechnical Factory history museum, and after talking to its nice guides and museum collection director, it appeared that the museum collection also has originals of catalogs containing lists of many instrument parts produced at VEF — for example, keys of a historical «Hammond» organ, which is another proof of a context of our own history.

The museum also has a catalogue «Exposition of the last 5 years achievements of the «New Latvia», Exhibition from June 16, 1939 to July 2, where descriptions of the items produced in VEF occupy the first 4 pages, stating the organ as well. There’s also a photograph displaying an original painting for an advertisement of an electronic organ produced in VEF at a shop window of the enterprise store, the author is a VEF advertisement bureau artist Baboliņa in 1939.

Currently at the collection of the Latvian National library one can find an article by Ādolfs Irbīte in the «Music Review» («Mūzikas Apskats» (nr. 6; 01.12.1937.) — he has tried to investigate «Hammond» organ after an example which at that time was available at the John’s Church. 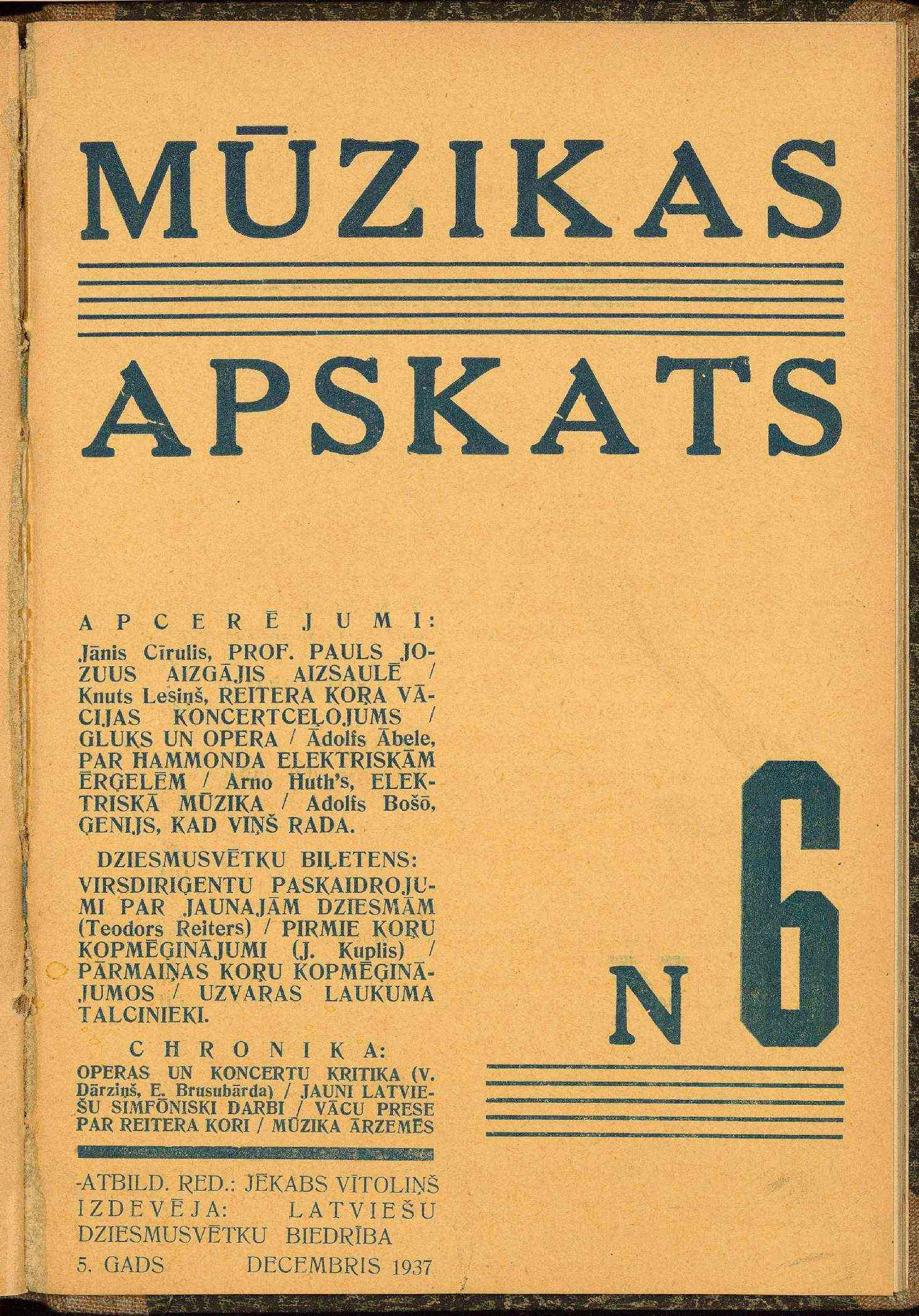 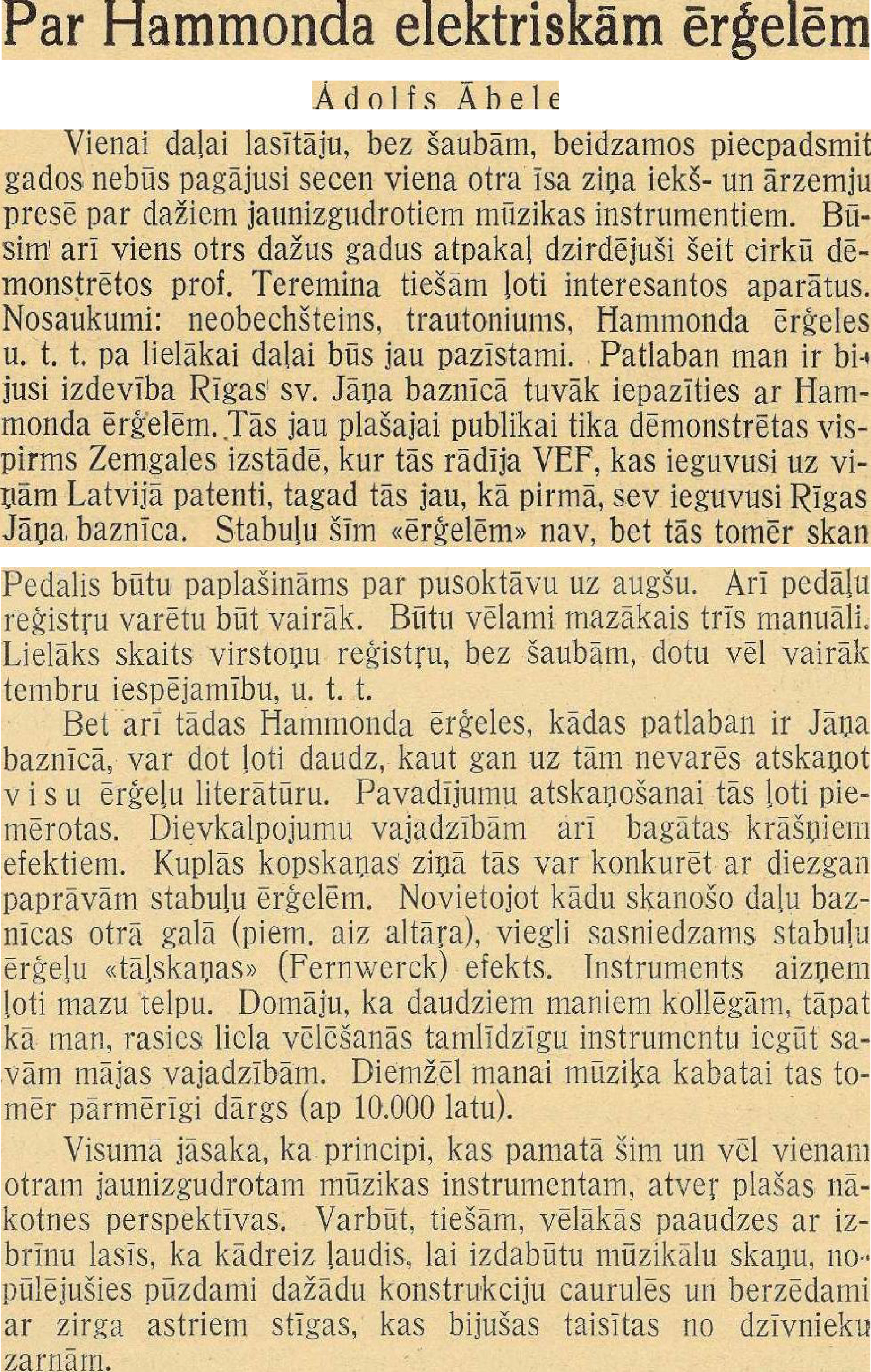 «The organ situated at the John’s Church has been built after a patent of Laurens Hammond, given to VEF», says the 57th issue of «Latvian Warrior» (Latvijas kareivis) magazine on March 11, 1938. The newspaper article begins with the line «Nowadays technique takes giant steps forward. The sharp eye of a scientist sees new opportunities, where thousands of years stayed silent». The author of this quote is admiring the scientific progress of that time before analysing the concert at the John’s Church. After 80 years have passed, and now we can only admire the fact we once had all those technical achievements and victories that we could create and produce here in Latvia, at the State Electrotechnical Factory. 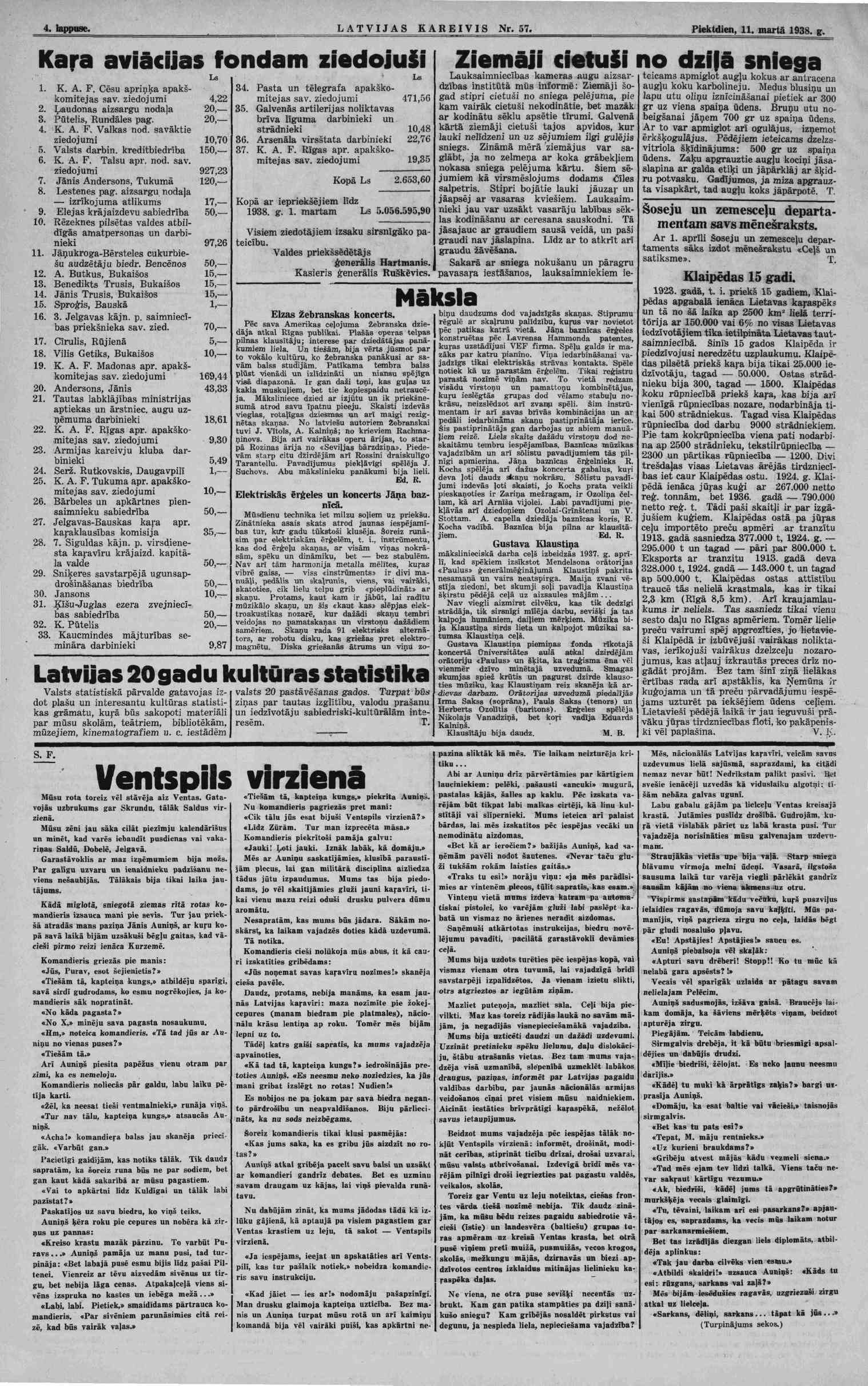 Although this story has a sad ending: out of all the instrument that once appeared thanks to a «sharp eye of a scientist» currently not a single instrument is in the condition, suitable for playing it. Detailed technical description of the instrument available at the Literature and Music Museum looks like this:
Electric «Hammond» organ, produced in Riga, at VEF. 1937. The body is made of wood, varnished, brown with 4 legs. Two manual keyboards with CCC-c4 volume (72 keys), pedal keyboard with CC-c1 volume. Register locks can be pulled out. Original bench included.
Materials: metal, wood, plastic.
Size: 97.0×123.0x104.0
Preservation: The instrument cannot be used due to the problems in the electric system. The varnish is worn and stained with paint in some places.

«Stained with paint in some places» is yet less damage than the «Hammond» at the Dailes theatre has — someone once found it in the theatre storage room and painted with a cheap dark-red paint for some play, making a rare valuable instrument one of the cheap props. Although it seems that this one was used for its exact purpose — playing it — more than the three others were. Now, taking into consideration that we have only three instruments from those historical ones working , it would be fair to restore them, in order to be able to not just to observe, but also hear how they sound. And we can only hope there’ll be someone who would like to renovate those instruments and help the rare organs once produced in our country make the listener proud again.