Album with stories about never giving up, friendship, unity and personal challenges 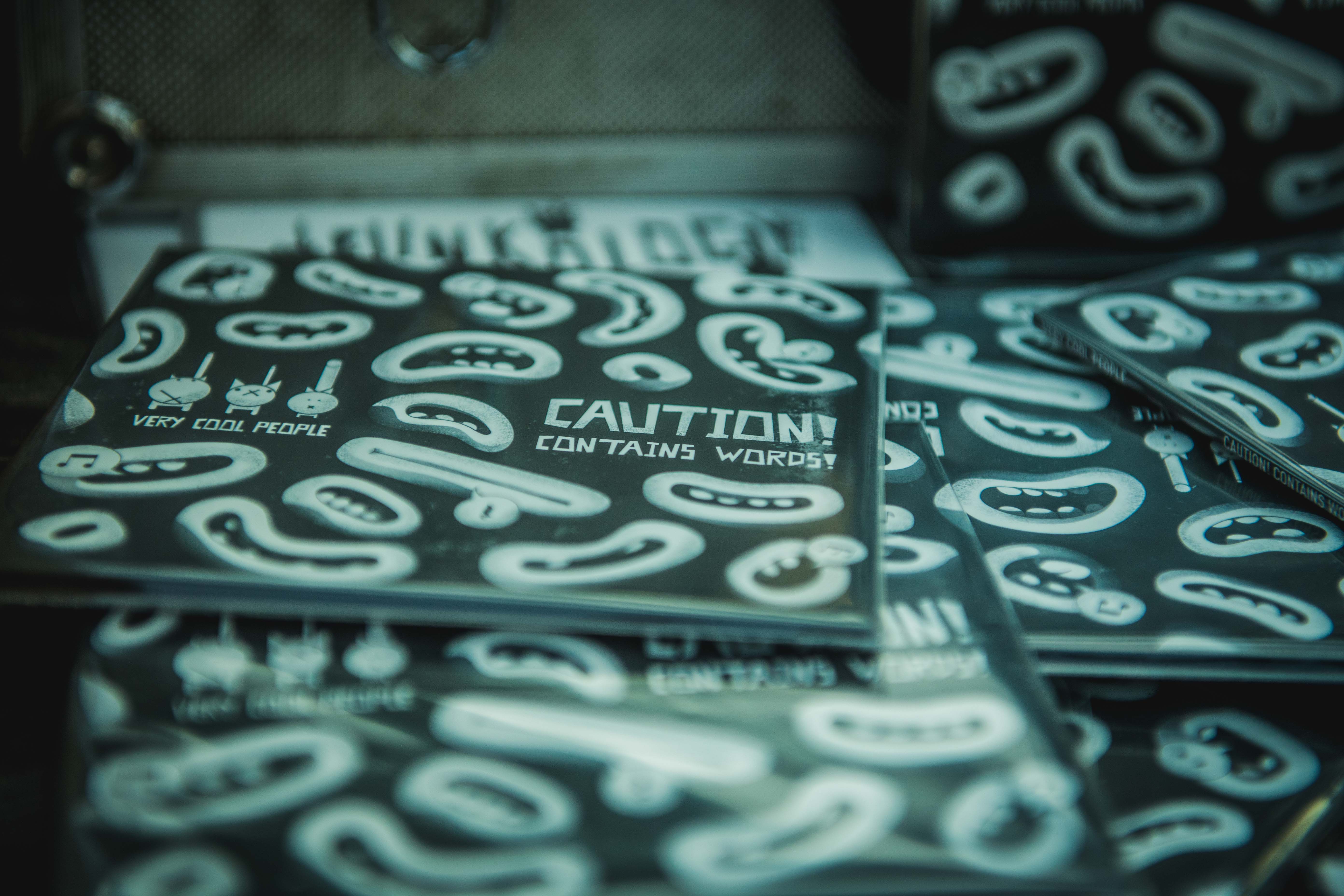 Referring to the Wikipedia article about funk music, the definition goes like this: «Funk is a music genre that originated in African—American communities in the mid—1960s when African—American musicians created a rhythmic, danceable new form of music through a mixture of soul music, jazz, and rhythm and blues (R&B). Funk de—emphasizes melody and chord progressions and focuses on a strong rhythmic groove of a bass line played by an electric bassist and a drum part played by a drummer, often at slower tempos than other popular music. Like much of African—inspired music, funk typically consists of a complex groove with rhythm instruments playing interlocking grooves that created a «hypnotic» and «danceable» feel. Funk uses the same richly colored extended chords found in bebop jazz, such as minor chords with added sevenths and elevenths, or dominant seventh chords with altered ninths and thirteenths.»

My first meeting with «Very Cool People» band’s music happened a long time ago. Long enough to be able to hear the similarities with the band’s early recordings and find the familiar energy that seemed so attractive to me years ago and still does. It is a truly well worked-through combination of the rhythmical pulse and vibration that symbolises the band’s art. «Very Cool People» band’s leader, flagman and the heart is Elvijs Grafcovs, who also founded the band. It is a pleasant surprise, how the band lives on and continues creating new material for such a long time, without losing their identity and keeping their values intact.

While listening to the music and the lyrics, I can clearly hear an honest emotion, a personal turmoil and a motive about life — a life we know in this century. I hear stories about holding on, not giving up, friendship, unity, personal challenges. I thought I recognised another message, a story about investing some effort in life, to try and always stay true, keep being interesting, attractive, to try and challenge the world in order to be in touch with the modern listener. And the listener is our Latvia. Undoubtedly I hear a positive and high spirit, while listening to the recording.

The power is something I can’t imagine funk and soul music going without. VCP invested a lot of work in order to make the music sound in such a way that would make you get up and move along with it. You can sing about funk or hip hop, try and imitate jazz without really living it through. But this is not the case! This is the case of an excellent team work. I was greatly moved by the wind instrument section, touched by the drum and bass rhythmical code. In the recording I heard a familiar and beloved rhythmical story. This is a success story, where rhythm instruments work with drums in such harmony that helps balance the necessary rhythmic and melodic lines, and that in turn makes you want to dance while listening to the music, and not be in a relaxed state. Technically the performance provides the necessary power and is a proof of a long term relationship and of the fact that the band has a common vision and direction that can be heard in the arrangements.

About the voices that bring us joy

Sound is the information transmitter. The words that come from the inner confidence, melodies, instrumental sound, timbral differences and rhythm code, it all carries an indescribable force. The ability to pass on this mystery box with an emotional caleidoscope inside is what makes an artist truly an artist, makes a musician different and special, and you have to be a strong personality to be able to achieve such a goal.

A good job done by Evilena Protektore who managed to sing in two completely different styles in the tunes «This Mess» and «Roll With It». An amazing ability to adapt to different situations and pass her message on to the listener.

Kristīne Prauliņa — this amazing person shines with peace, it is a special gift that brings truthfulness to each song, and wings to her vocal technique. «We Should Dance» — an amazing tune, reminded me of «motown» sound I love so much, even if only for a couple of bars in the tune.

Ralfs Eilands, in my opinion, is Latvia’s messenger, a musician with his own opinion and power, he can pull off being free in his untamed spirit, showing his manly power and range in his vocal technique. I think that Ralfs is a messenger, a siren voice in the desert.

A pleasant surprise came in the faces of Hannah Horvath and Erika Szekely with their «Power Song» and «Off The Ground».

Maija Sējāne’s appearance with the song «I Understand» — a classical R&B ballad is a nice twist in the album that once again demonstrates the musical unity of the band.

A song «Pa apli» definitely reminds me of something, which is a typical situation in the algorhythms of arranging and composition, in the sense of musical interplay, but energy-wise it still touches some strings and inspires. A beautiful collaboration of Edavārdi and Ansis with Kristīne Prauliņa.

I am sincerely happy about the new generation of instrumentalists and soloists. The improvisations are stable and every soloist I’ve listened to had a beautiful tone. Just the same as with vocalists, the power of an instrumentalist is in his inner core, and you can hear the strength in the trombone, Hammond, guitar, trumpet and, of course, tenor saxophone that shone with different colors in his solo moments. Hear also jazz and funk ideology in the improvisations, which are different musical tendencies and languages. Brilliant solos!

Technically good and beautifully sounds also the rhythm section. Of course, without the common melodies of the bass, guitar and keys it wouldn’t be possible to hear VCP as a united formation. As one popular Latvian musician once said: «Shake and bake».

VCP proves once again that the right chemistry and teamwork is what is necessary to make the music sound great.

Surely the years spent playing together played its role in the success of the band. VCP is an example of the band that despite the number of people playing there managed to stick together in music and be together with the loyal listeners for so long. This fact only makes me respect them even more. 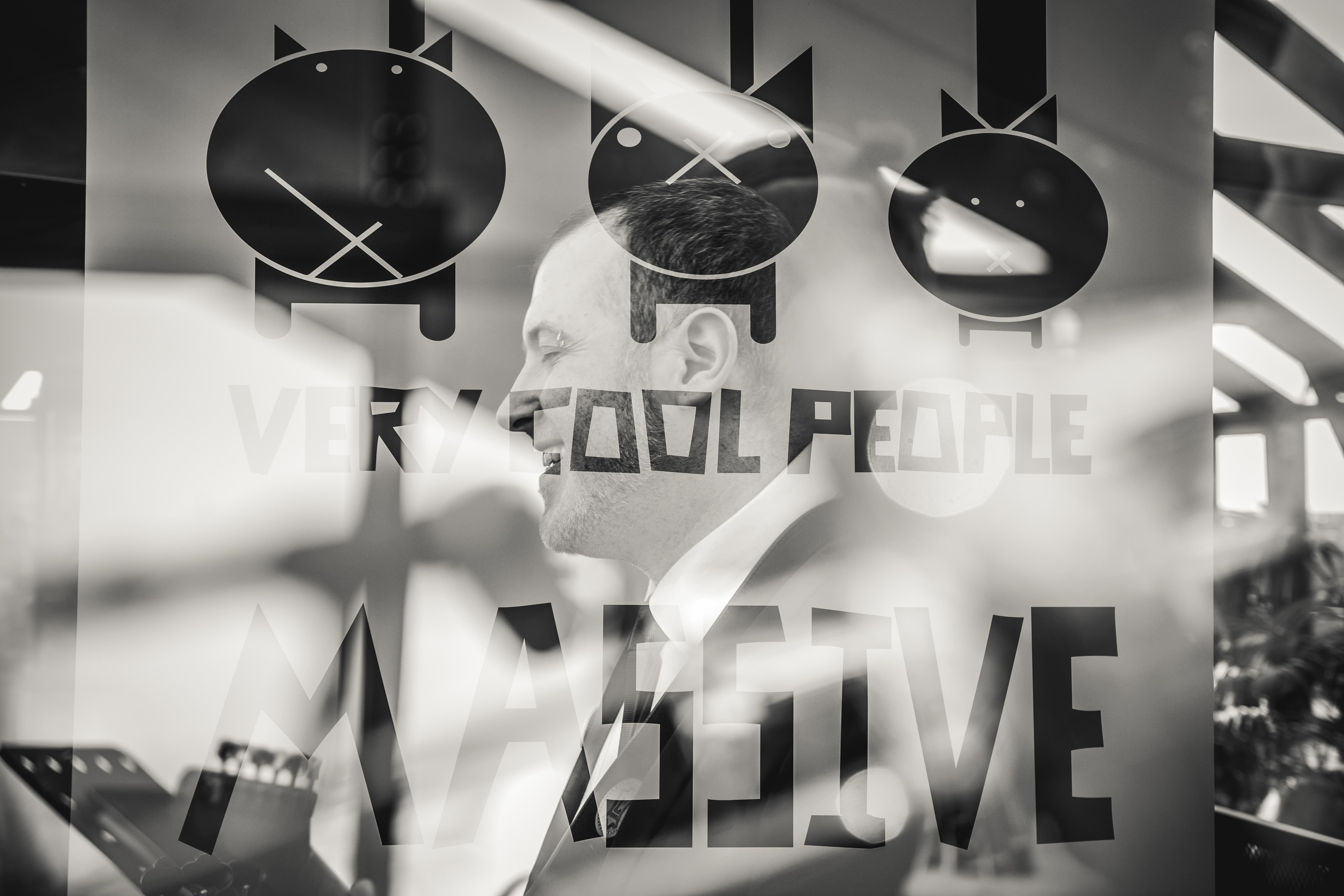 VCP «Caution! Contains Words» album is a pretty eclectic work from the stylistics point of view. I must say that this is and will always be the hand of the band’s leader Elvijs Grafcovs, his views on life and music which influence the band’s sound. Opinions on how the music should go could be different, and his ways may not always be acceptable to musical snobs, but even they can’t deny the power of life the music carries in it and the amount of work invested in the creation itself.

The feeling that stays after listening to the album is one of the festival and a good mood. I smiled while listening to the music, and in my opinion it is a sign that this funk record is a success.

Quoting an inspiring music philosopher Gil Scott-Heron, whom I had the honor to share a stage and perform with: «The first revolution is when you change your mind.»