A family that talks one music language

Let’s get acquainted with the neighbours! A talk with Estonian musicians Mai Leisz and Joel Remmel 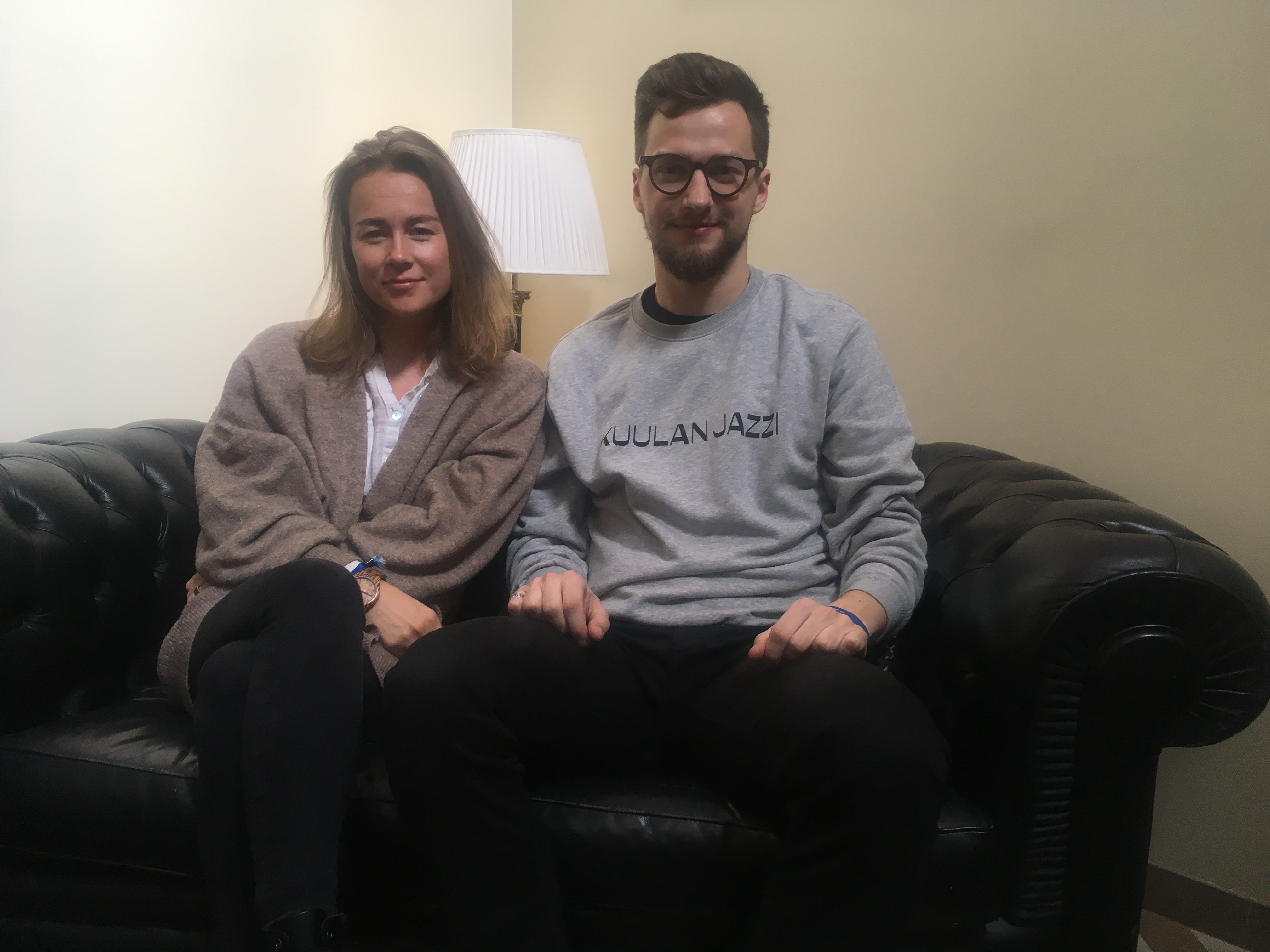 I met jazz music composers — bass guitarist Mai Leizs and pianist Joel Remmel — at «Jazzkaar’19 » festival where they both have performed, presenting their new albums.

During a «Jazzkaar » festival Estonian jazz music community can be both spotted on the stage and seen taking an active part in the festival organization. Joel was late for our pre -booked meeting because he’s doing an important task — picking up Mark Giuiliana at the airport. Mai, in turn, couldn’t wait for Joel, because she soon had to rush for a soundcheck before the concert. So we’ve decided to divide the interview in three parts — I’d talk to each musician separately and with both of them together. Besides, to make the article more interesting and create a sense of live presence — a talk with Mai and Joel can also be heard in an audio format in English.

A dream about America

Mai Leizs now lives in the US, Los Angeles. When asked if Los Angeles was truly a dream come true, the musician replies — it depends on the dream that you have. Of course, the city is the centre of the music industry, however it’s quite hard to find some calmness and silence there — traffic jams take too much time. Mai was born in Kuressaare, Estonian island. Got her Masters degree in Swedish «Royal College of Music » and the way her music career developed really looks like a fairy —tale, even though can be shortened to one sentence. When Mai was busking on the streets in Stockholm, she was noticed by a guitarist Greg Leizs, who has previously played with Eric Clapton, Bruce Springsteen, Jackson Brown, Joni Mitchell and the others, and later on it all got together — one thing triggered the other. Now, when Mai doesn’t play with her «MaiGroup », she most probably is touring with Dave Crosby through the US. «In the end all hard things, and work that was put into practice, pays off», she says.

«People should overcome their need of competition. We aren’t competitors, we are a family of musicians who speak the same language. We have to respect one another, love and support, because true power works like this. I’ve always thought that the luck of another musician isn’t a barrier to me — a pie of luck is large enough, each of us will be fine with a bit! » thinks Mai. The musician agrees that in Europe a feeling of competition among musicians is stronger, while, when moved to the US, the musician has felt a great support for her music and a great human attitude. «As a musician, you’ll never be ready. There probably are some musicians with a huge ego who think they’re amazing, but most of the musicians who can really be considered legends always see some opportunities for further development», says Mai.

Taking into consideration that the musician has already got acquainted to various cultures and world’s understanding in between musicians, we have discussed a sense of belonging which is useful when talking about your nation heritage, folklore research.

«I think that having a connection with your roots is very important — respecting your ancestry and be proud of it, because in the end it has made us who we are now. Speaking of music, I can speak on behalf of Estonian and Swedish jazz where traditional music and folklore are a part of modern jazz music. In the US it also becomes more important, even though — what are those American roots? If we’re thinking about American history, it was created by immigrants with European roots. All of us in our music are referring to our ancestry, roots, it’s great for musicians of all nations, including myself. The more I’m away from Estonia, the more I miss it and I realise how deep my roots are», says Mai who within her «MaiGroup » creates music which can be classified as jazz fusion. In her newest, third album «Metamorphosis » she plays out her transformations — both musical and human.

Friendship as an added value of music

During «Jazzkaar» pianist’s Joel Remmel trio presented his fourth album «Sharp». During our talk the musician was still overwhelmed by a presentation concert, but also stated that he needs to be especially attentive when planning concert activities. «Trio is a popular format which doesn’t make playing concerts easier, but I’m trying to be as true in my music as I can. Until now I succeeded — quite a lot of people want to listen to us and it gives us an impulse to create new music and perform. It’s important to follow some distance between concerts, in such a manner keeping the audience attention still on », says Joel Remmel who with no doubt would like to play more of his own concerts. «I appreciate the moment, because it actually is a great cause — people have come to a concert, bought a ticket. I’m very grateful for that », says Remmel.

I’m saying he needs to create an international line-up and delegate to each member to organize a certain amount of concerts in his own country. To that, Joel responds: «Some time has to pass while I get accustomed to a new band member. Of course, it’s one thing to play with new musicians at jam sessions — it’s always a pleasure, but when it comes to creating a new band — communication takes time there. Even though there’s a progress of sorts in this case — right now I began a collaboration with Finnish musicians ». When creating a band line-up, an important criteria to a musician is an international relationships and friendship, when some energy arises which lets music sound way better. It’s only logical that in the Remmel’s trio the bass is played by his brother Heikko Remmel, and the drummer is Ramuel Tafenau. Remmel is also a part of an Estonian singer Anna Kaneelina’s band.

When the school mates get together

When I’ve finally met both musicians, sitting on one sofa, I’ve learned that Joel has played at Mai’s graduation exam. Mai asked Joel to say hi to his grandfather and said he’s got a beautiful family. Joel gladly accepted this compliment. It appears that he comes from a talented musician family, while Mai is the only professional musician in hers. It’s interesting that Joel has been a professional football player, but now this became his hobby, while Mai likes drawing, painting and photography. Do skills that you get while doing hobbies in any way help you become a better musician? Joel answers he could get some work ethics from football: «It’s not enough with only talent in music and sports. You need to put some enormous hard work into it. in football you can instantly see when you haven’t been practicing for many weeks in a row — your endurance change dramatically. You can apply just the same to music.» Mai, in turn, has learned to be patient from her creative hobbies — in the beginning she had to invest many hours before the idea of capturing the night sky in photography became real, just as planned.