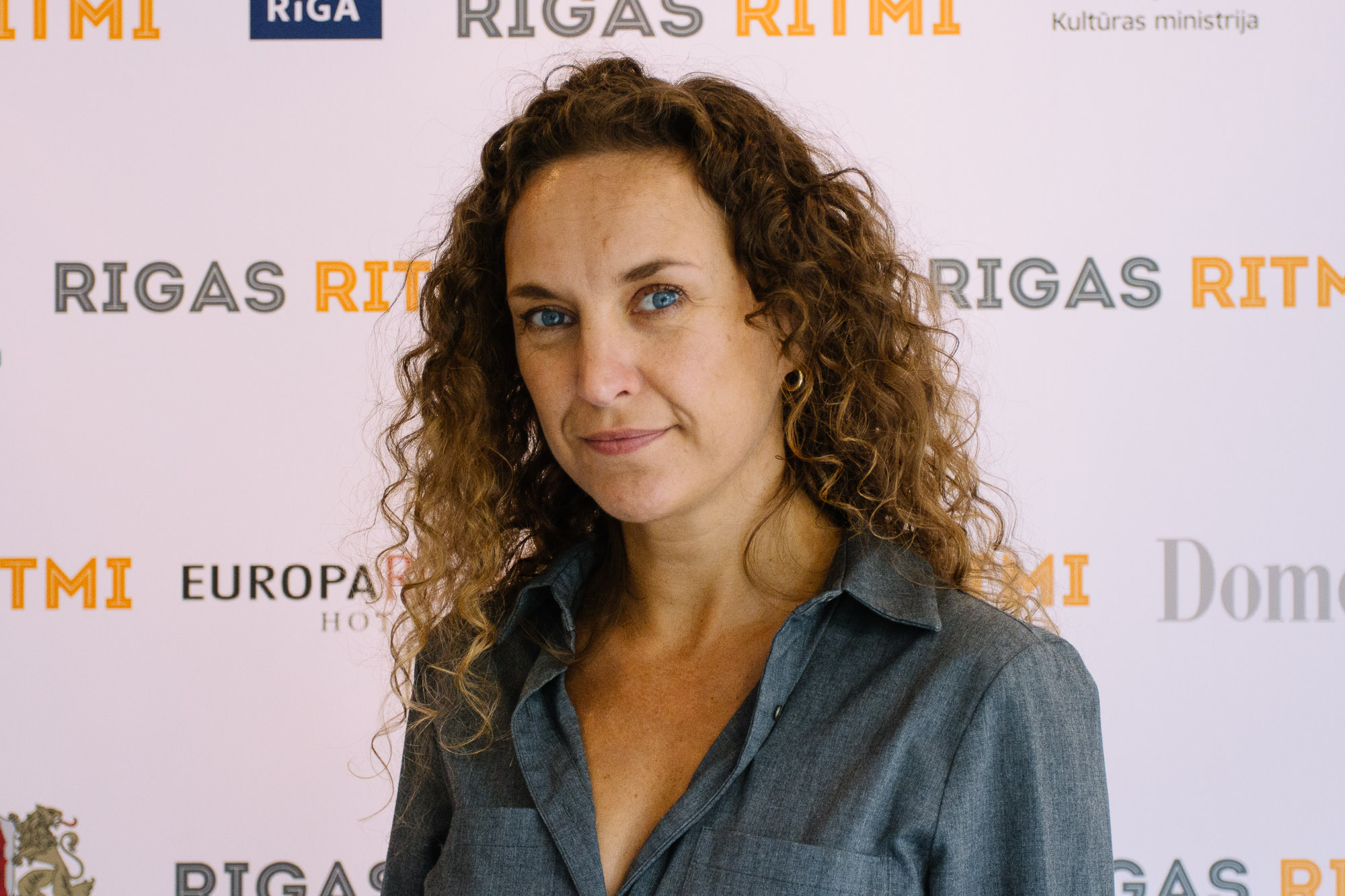 Let’s start from the very beginning! There’s a big story about Bugge Wesseltoft approaching you and giving you full freedom to work on your first album, sounds like a dream… How did that happen?

It all started in 1992, I think. I was 17 years old, I participated in a TV contest and won some prizes. I got to sing in a concert with a big band in a big jazz festival. I was joining them for a couple of songs, which was nice for me, I had never been in a jazz festival before. Bugge played the piano in this big band. The guys… they didn’t want me there at all, they wanted to play fast and complicated, and I was a little shy girl. But Bugge, he was like an angel, or an uncle to me, we got to know each other there. He was very nice to me when I really needed his help. Then I went back home, but me and Bugge, we kept in touch after that concert, I used to send him cassettes with my music, asking for his opinion. And when I moved to Oslo a couple of years later, he was the only one I knew in that city. We worked together for some time, but then I started school, then bands with other students and it all paused. I was collaborating with different artists and bands, jazz, electronic music, everything. And then in 1999 he contacted me and said: «Beate, you are going to do your own album now! You’re not going to participate in other people’s albums any more.» And I said — ok! So I worked for two years — figuring out who I was.

And he never got involved in it?

No. I produced the whole album at home. I made everything myself, and I needed that. Not all record companies allowed that, but I had a lot of freedom, they said — we trust you. Maybe Bugge disagreed with my musical decisions, but he let me do it my way.

Are you here with your new album? Do you have something special prepared for us?

I guess I’m invited because of my new release. My latest album «Dedication» was released in April.

But at the soundcheck I’ve heard some old tunes as well?

Yes! Always! I can’t play only the new stuff, I have to play the old stuff as well. Every time when I make a new program for a tour I base the whole thing on the new material, and then I want to make a package, so when I use the old stuff I want to find the songs that fit the new stuff. And if the songs don’t fit, I rearrange them so that the concert would be a whole thing, not peaks into different directions. I want it to be a package. 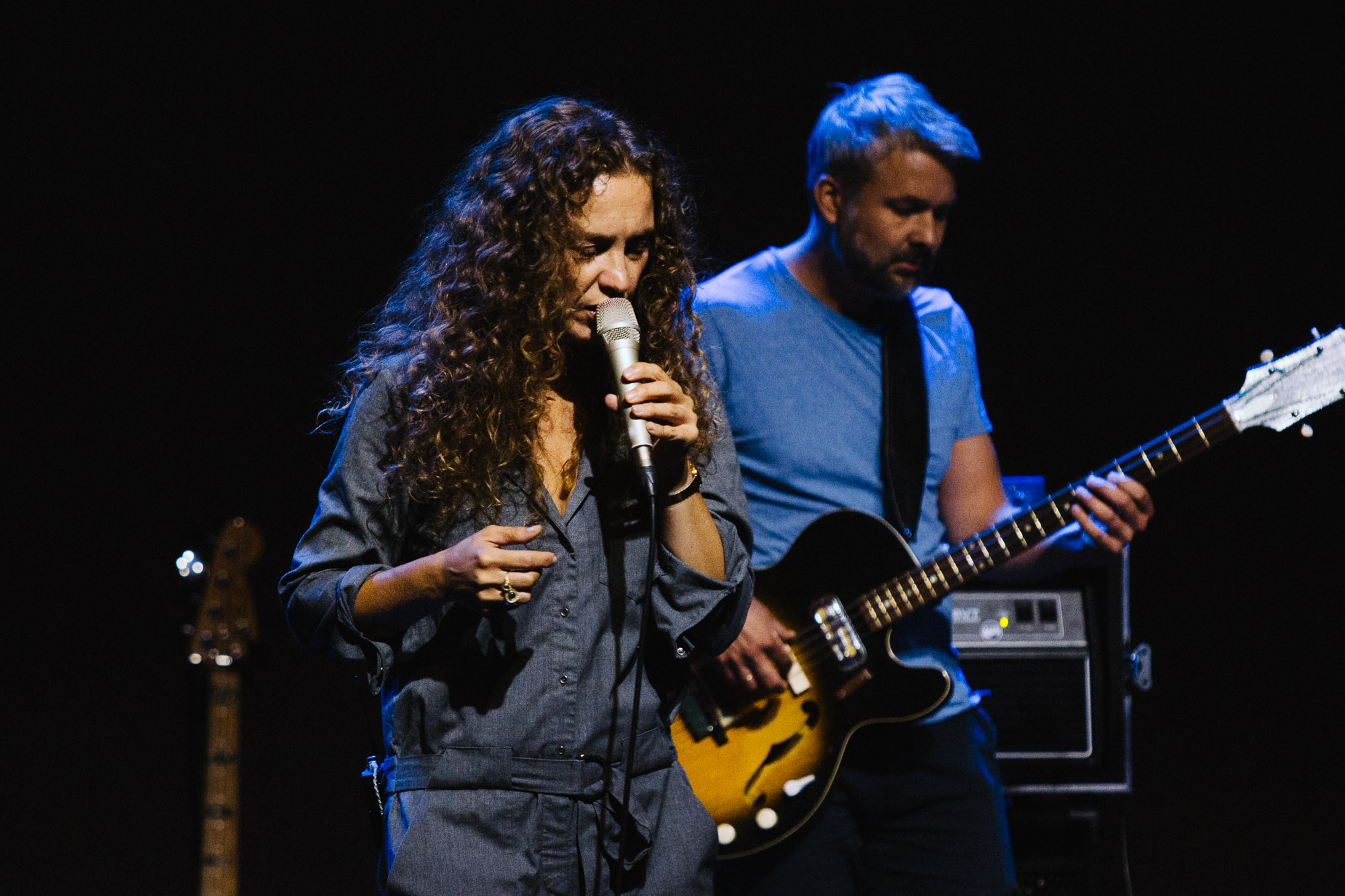 I’ve read that in this album you are going back to the roots, like funk and soul, but you never used to play that kind of music, right?

This is my 8th studio album, it’s a lot, it’s been a journey. The first album was more clubby, I guess, and then I went into a bit of electronic music, then jazz, a little bit of country music, then into electronic music again, back and forth… The previous album — that was the jazziest album but this new one is the most Souly album I’ve ever made. I feel that this soul universe is the closest to my heart, I grew up listening to that kind of music, to Stevie Wonder, Aretha Franklin and Donny Hathaway, and so I feel I’ve come home somehow.

8 albums in nearly 17 years — that’s a lot… What’s the source for all that inspiration?

Well, how do I answer that… It’s hard to tell, but it has to come out somehow. I have to make structure in my life, because my emotions are all over the place. So I say, for example, in January I start composing, and there is no questioning that, I’m not waiting for inspiration or motivation, it just has to happen when I say to myself that it has to happen. Because it won’t happen if I don’t. It’s like going to the gym or doing exercises — it’s not because I want to, it’s because I should! I never want to go running, it’s exhausting…

Of course it’s different with music, it’s not like it’s a punishment to create music when I’m in this bubble. But every time I’m in this new bubble — it’s hard work. I create this bubble and I’m inside of it and it’s just wonderful, because I don’t know what’s going to happen, what direction I will take. I try to be honest with who I am, for me it’s not natural to make the same kind of music every time. I change, and my perspective of life, of music, of everything changes all the time, and also the music that comes out of my brain changes. It’s interesting.

Do you set frames for yourself before you start composing? Like a goal?

Yes! I started doing that on «Cricklewood Broadway», that was released in 2014. The album was based on one book called «White Teeth» by Zadie Smith. So I thought — I’ll make an album based on that book, just one book, and I realised, that when I set the frames, when I make this room which I’m not allowed to step out of, to open any doors, that actually made me open doors within that room, which was very interesting. After that I decided to set the themes of what I’m going to write about. The two following albums are about differentness, being different, being on the outside, not knowing how to get in and different kind of views on being outside of where you really belong. 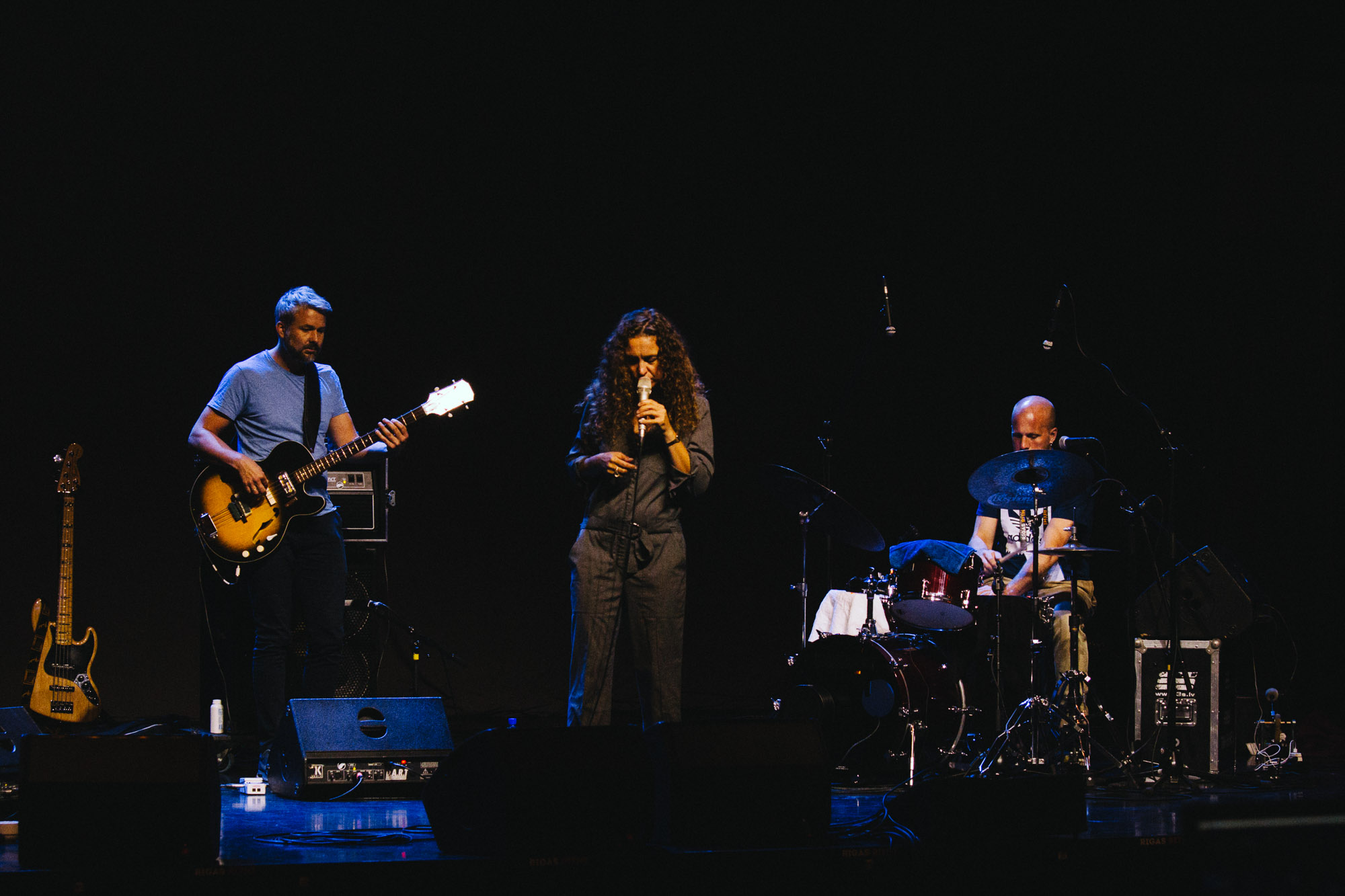 So how do you write your songs?

I always write the lyrics first, I have a lot of lyrics! I sit for months, I write them like poems, I really really work with that. And then, when I have a bunch of texts, I go into my music room and see what’s going to happen, I create harmonies and melodies for these lyrics. Sometimes the lyrics create a certain atmosphere and I choose then to create music as a soundtrack, and sometimes I want to do the opposite, I want to create a contrast to what the lyrics talk about. I find that if I contrast music with lyrics, there’s a third meaning coming out of it. If I write very sad lyrics and put a happy music on it, it’s interesting! It’s like when you watch a movie, a thriller, and it’s really scary and suddenly you hear children music on top of that, it’s the scariest part! It doesn’t fit together! But if everything is scary, it’s predictable and boring.

You said that your latest release (Dedication) is about being different, about not fitting in. What do you mean exactly? What do you want to tell the world?

I think that there are many people who are feeling that they don’t fit in. That is very personal to me, my own triggers. But as an artist — what’s happening to me is not very important. My job as an artist is to write other people’s stories. If I can write your story without knowing you, write it with my words, and if I hit something with it, then I succeed, that’s the universal key that I try to find. And this feeling of being different, of being incompatible somehow, it’s a loneliness of sorts, a struggle. But who isn’t different? There are different scales of being different. Sometimes you’re so different that it doesn’t work and then you collapse. For me to write about that differentness has been like a therapeutic process and that’s not really interesting either, it’s only interesting for me. But if I can do that process and help other people, then it’s starting to be interesting. If my words can help others, open doors in other people’s lives and hearts.

Do you still produce your music yourself?

Yes, everything, except for the previous album. Up until 2015 «Beady Belle” was my artist name, but it also has been a name of the band, and then a duo, which then turned into a trio, then to the duo again… It was a little confusing as what was «Beady Belle»? But in 2015 we decided to split with the band and go our different ways and that Beady Belle will be my artist name only. I decided to make an album but I realised that I’m on my own now, I didn’t know who I was going to ask to play, I was lost and I needed someone to tell me what to do. So I wrote songs and asked Bugge to produce them. He agreed, but on the condition — that we go to New York and do it with the best jazz musicians in the world. I said: «Ok…» I write pop music, but Bugge said he wanted to dress it in jazz clothes, to have acoustic piano, acoustic bass, acoustic drums, to do it the old way, to record it in a couple of days and live, in an old studio, the real stuff! It was magic! I’ve never been to New York, I was very nervous, came there with my suitcase filled with songs: «Hello, we’re going to play my music now…» And it was magnificent! 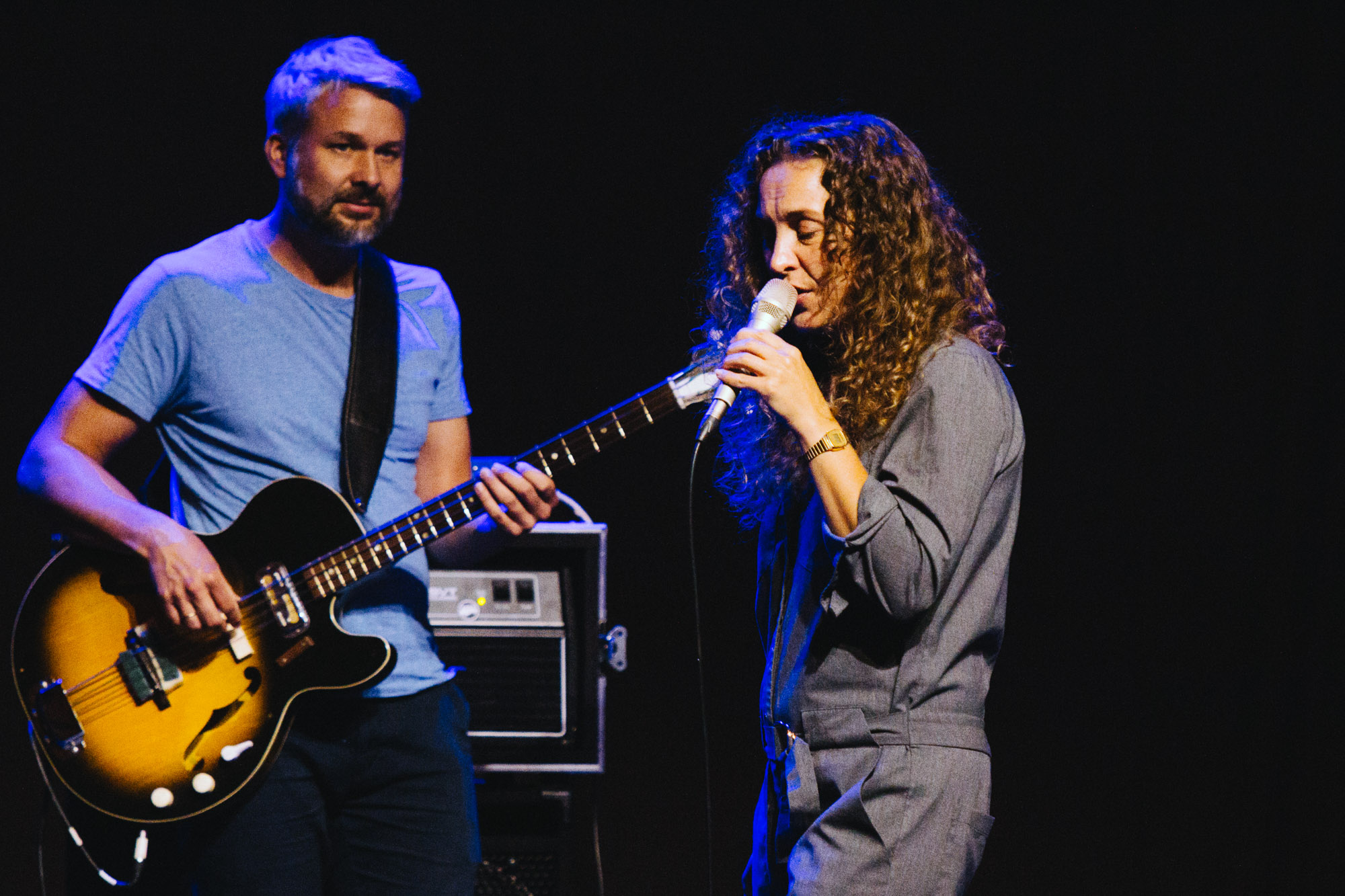 That was a process for me to let somebody else produce. I made the music, sang my songs, but Bugge was the boss of the production, and I guess I felt that I want to do it again, want to produce myself again, but I also wanted to do it the old way. Everybody in the same room playing together, but I pre-produced it at home, to let everybody know how I want it to sound. That doesn’t mean that I tell them which note to play, just the direction. I wanted to give freedom to the musicians so that they could own what they do somehow, to do it their way. The live thing… Something happens when we play it live that can’t be created otherwise. My first albums were definitely not live. I had one musician playing everything in one day, another one the next, nobody was there in the room at the same time and it was a puzzle for me, cutting and glueing. But when it’s live it’s alive! And perhaps there may be mistakes or some strange things happening, but it’s somehow nice that it’s not perfect, because it’s not supposed to be. When it’s perfect, it disappears… And I think it’s like that with everything, perfect stuff is not interesting. Perfect stuff isn’t beautiful.