An album recorded in between tomatoes and cucumbers

The Coco’nuts band — we only grow higher

The summer of 2018 has produced a lot of jazz, and I’m not only talking about the concerts, which were many. Our own local band The Coco’nuts has released their second album in June. I have to say that this work turned out completely different from their first release «Amid Opposites», which was full of expressive energy, sometimes even aggressive (but in a positive way), with a hint of funk and blues. “No Other Way Out” is soft, melodic, a bit meditative, with a twist of avant-garde and, as the band’s lead vocalist and lyrics author Marija Broča says, flowing. The content is emotional, and the thing you can hear straight away — there was a huge amount of work invested — every part is well thought through, each sound takes its place. 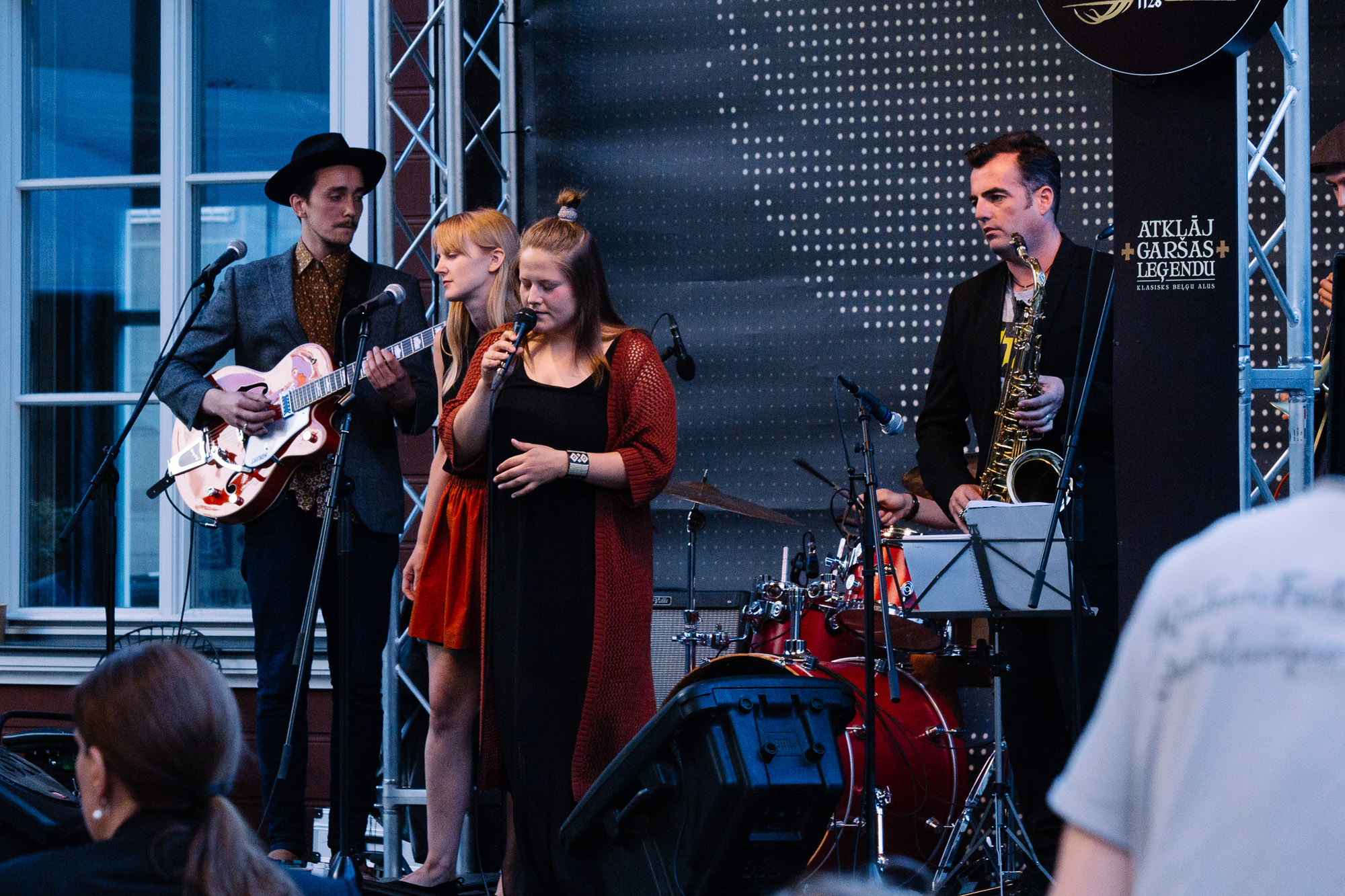 While the band was getting ready to play at the Bergs Bazar Summer Festival, I was lucky to catch a couple of guys for a short conversation. Together with Marija Broča, Pēteris Narubins and Artūrs Strautmanis we’ve talked about the album itself, about their songwriting process, recording and the… meaning of life. An unexpected twist of the conversation, right? But if you knew the guys, you probably wouldn’t be that surprised.

What will the listener find in this album?

Artūrs: Different colors! We’re more used to this funky and party type of music, and now this album is more emotional and more like a psychological adventure.

Marija: It still is quite groovy, but it’s mostly flowy. And it has half of the songs then the «Amid Opposites» (previous release).

Artūrs: But we did manage to keep those unexpected rises and falls that had become our trademark.

How did you end with recording the second album? Was it planned or did you just realise — we’ve got songs, it’s time to record them?

Marija: We went to the same place where we recorded «Amid Opposites» to do a creative camping session. The place is at Toms’ grandfather’s place in Ēvele, his house is between the church and the cemetery, so cool! We’ve spent there the whole week and almost all of the songs are written there.

Pēteris: That was two years ago, by the way. This album is a work that lasted for two years. Today it’s ready and two years have passed from the moment we started thinking about this album until the day it was finished. Two years ago we started creating these songs, and when they were done we had our first concerts where we played them publicly for the first time, and after that we started the recordings — we went to «Siltumnīca» (Greenhouse)!

You’ve recorded the album in a greenhouse?

Pēteris: Yes! And we recorded everything simultaneously, playing together.

Marija: Together with Toms Lisments.

Marija: Who also did all the mixing…

Artūrs: …who also did a great job, we are very satisfied with the result! It turned out to be so good, we are very pleased.

It’s not a very traditional approach to a recording…

Marija: I happen to think that it’s quite popular in the world…

Pēteris: …to record in a greenhouse.

Marija: No, not in a greenhouse specifically, but to think of a certain place where you want to do the recording, take all the instruments with you and go do it.

Pēteris: Well, yea, and then you concentrate only on the thing you do.

Artūrs: We had the same story with «Amid Opposites». When all the songs were ready, we were thinking of the place we wanted to do the recording at — we don’t get along with the counting thing, when you go into the studio and you pay some money and get a certain amount of time for each tune, and if you don’t get it in time, you’re done.

Marija: We didn’t have a lot of time for this one as well.

Artūrs: Yeah, but this time we could at least step out and watch the horses…

Marija: Also this album is cool because we’ve invited people that are not in our usual line-up. When we were back to Riga and were working with the mix, we thought that we need to find a way to somehow make it sound fuller, so we’ve invited some horns to play in a song that Pēteris sings, a soul/blues semi-ballad.

Artūrs: In the other two songs we had a cellist helping out and then I won the battle against my own ego and invited another drummer — a percussionist Miguel Andres Hernandez Giraldi played in two tunes, and that sounded just magical. 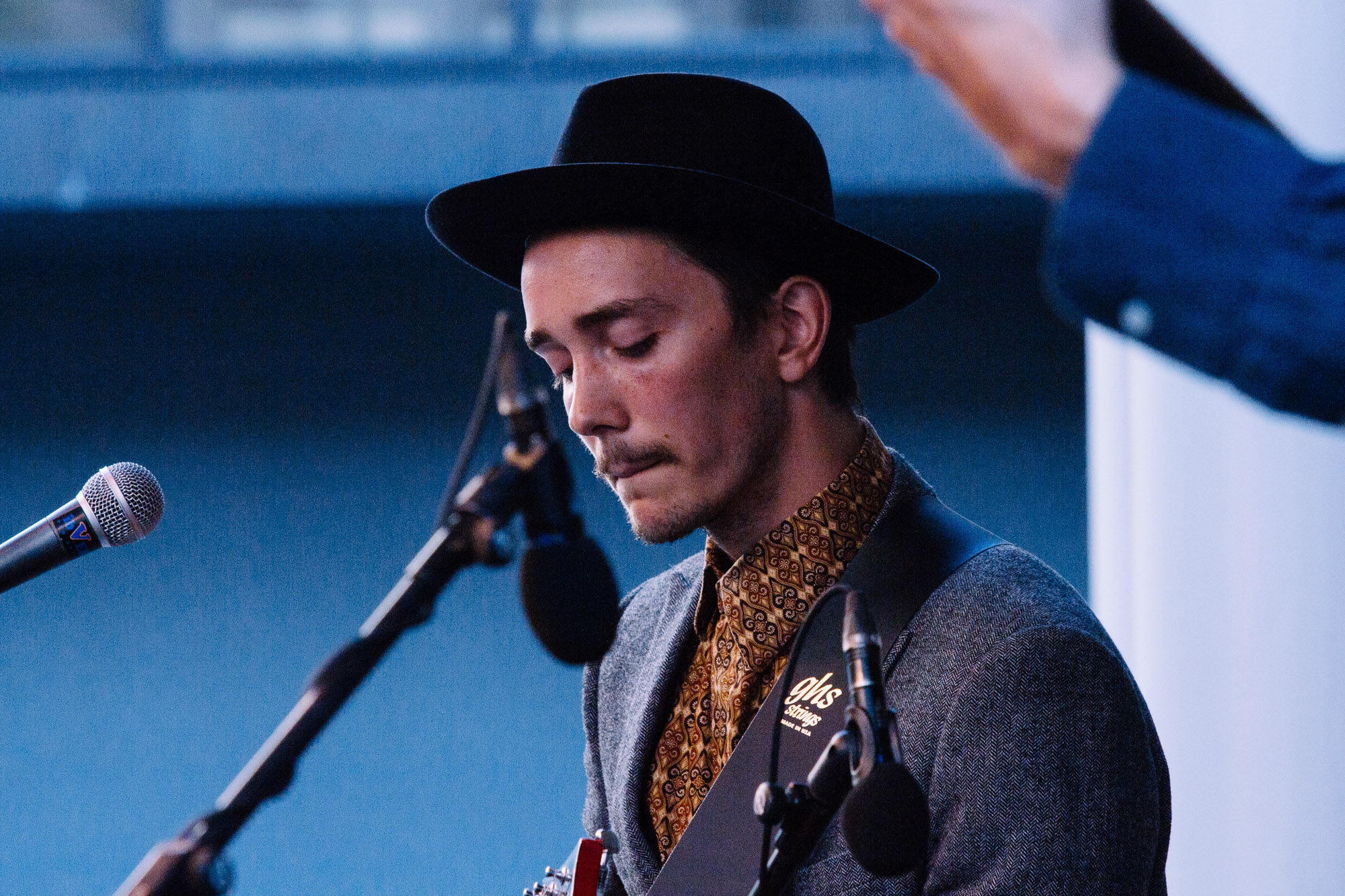 How did you come up with the idea to record an album in a greenhouse?

Marija: We were thinking that we need a place where we could be comfortable at, where we could live for a while. I’ve heard rumours that afterwards turned out to be true, that Toms Lisments said that the sound there was good. In reality he was talking about the concert sound, that it would be a cool place to play at. It was a true misunderstanding, bet we said — let’s record in a Greenhouse. The owners were very welcoming, they have concerts from time to time, so we contacted them and they were ok with us, we were ok with them. We also had a concert there on July 25th.

So how was it, the record session I mean?

Artūrs: The hardest part was setting up.

Pēteris: We brought the mattresses ourselves, built the booths, and the greenhouse itself is quite long and big, each of us had his own corner. I had a shelf in front of me, where I placed some objects that cause some positive emotions and inspire me. Jāzeps was in a corner where the tomatoes grow, the girls stood behind the bar, that was a singing corner of sorts.

Marija: Monta had a Polaroid camera, we filmed all the time and then put up the pictures.

Pēteris: Artūrs was the only one who got the stage.

The recording as an adventure!

Pēteris: A journey, and that is what you can hear in the sounds that the songs have.

Artūrs: I thought afterwards, that after recording these two albums it would be weird to go somewhere, where everything is already set up…

What about the cover design?

Marija: Usually all our designs are made by Annija Vītoliņa, but this time she had too much work to do and then someone recommended Pēteris to reach out to a person called Aigars Opincāns.

Pēteris: We did contact him, because he once made a poster for our concert at the Kaņepes Kultūras Centre, and we liked everything he did.

Marija: He had listened to the album, got pretty inspired and said yes! The design is pretty classic for him — totally his style. We gave him the full freedom to express himself. We ourselves don’t really like when someone interferes with our musical work, that’s why we decided to not mess around with his.

Pēteris: And the result is absolutely satisfying.

Artūrs: The design also fits the album — «No Other Way Out». As I see it — a smooth white surface without anything else, and under that nothingness there’s a lot of stuff, those roots that want to break free and surge upwards.

Marija: The wish to develop, we grow only upwards. 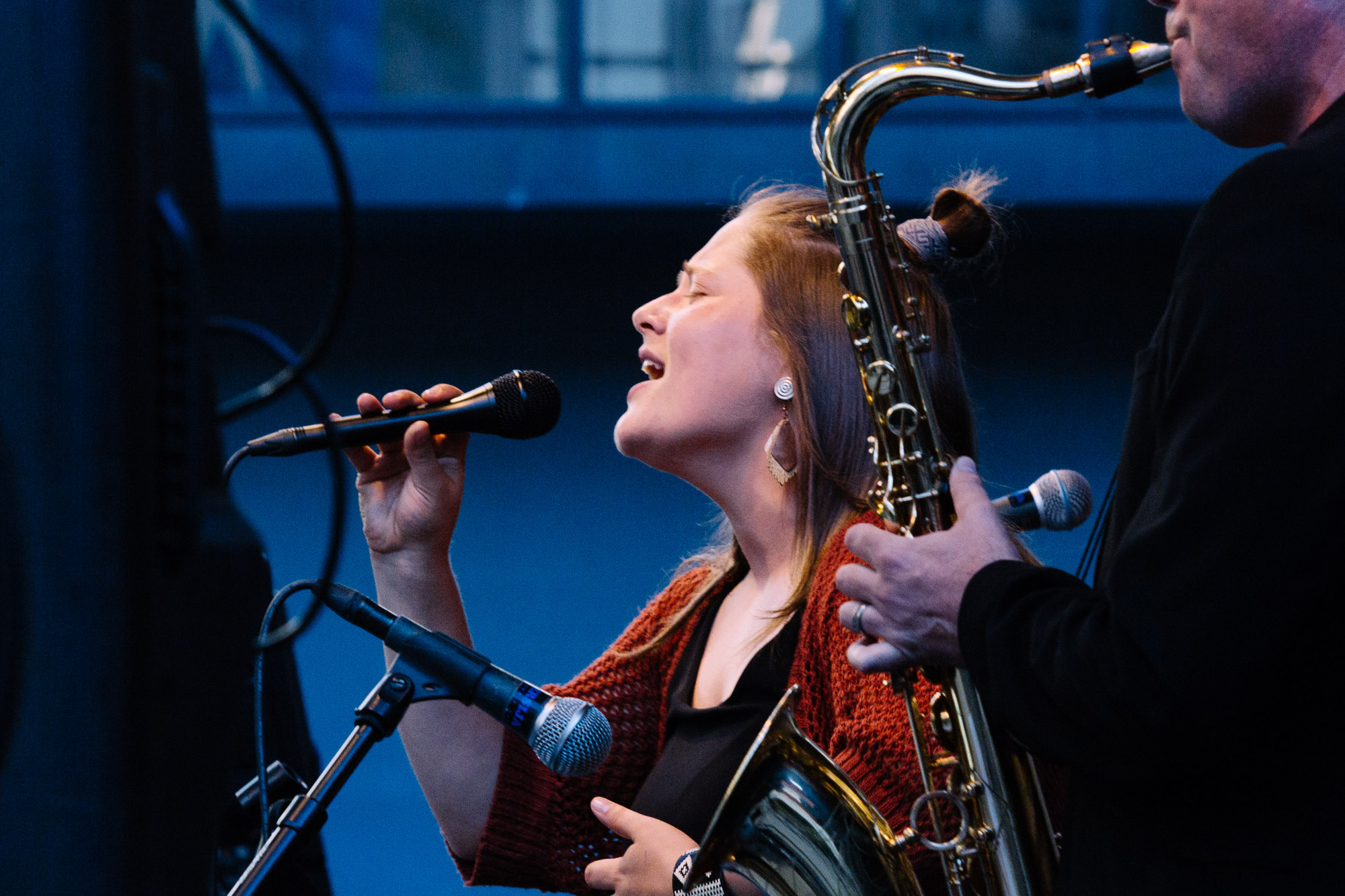 What is so special about this album?

Artūrs: Those musicians we’ve invited that are not in our everyday setup. Also our evolution, not only as musicians, but as people, persons, personalities.

Marija: We grow. But there is also that thing that the songs were created in one place with a united feel, because in «Amid Opposites» everything was created before..

Artūrs: But the album itself is a special thing, because of this two year journey, this uncertainty, when you travel with this «maybe», that the album can be released or can not be released eventually, no guarantees. And when you see that it had been released, it’s special, precious.

What would be the one word to describe your album?

What is the best way to listen to your album?

Marija: Maybe in a car.

Pēteris: No… one person once told me that it’s a good traveling music, but it’d be better with headphones, although it’s dangerous, I wouldn’t recommend it…

Marija: in headphones while walking down the street.

Pēteris: The first time I listened to the album I was at home, in a room, just looking out the window, observing the sunshine and the trees swaying.

What is this album about?

Marija: Contemplating life, human experiences, we are a small human being and we just live.

Pēteris: I like the way Marija writes the lyrics a lot, I think that it’s quite easy to get the message that resides there.

Marija: Doesn’t matter what life throws at you, you don’t really get a say in it, whether you want it or not, you’ll have to experience it. Just accept it, everything that happens, and just let go of all those foolish human qualities like fear. It’s about that and about how cool it is to live.