A story of a concert filled with emotions and contemplations

Attending a big band concert is always an exciting thing, because the music is beautiful, arrangements are interesting, it’s nice to listen to and the whole happening just charms one. But if the repertoire itself is a thing close to heart, if you know each and every song from your childhood, the whole ordeal becomes even more interesting. This year, when the International Jazz Day Latvia has celebrated its 5th anniversary, and the country — its centenary, one of the local big bands has performed in a cosy concert hall in the heart of the Old Riga with a program dedicated to Latvian folk tunes.
The concert was special not only because of the festiveness our country has been in throughout the whole year, but mostly because each and every tune is so well-known to the audience, that every attendant hummed along, sang along, tapped their feet and clapped their hands in tune with the band. And to think that it all happened in a jazz vibe! In a conversation with the big band’s conductor Aleksandrs Kreishmanis we talked about how they managed to create a program that was able to touch the hearts of so many people, and what it is that makes a folk song so important in the aspect of culture and morals.

Oh, and by the way, you can take a sneak peek into the concert HERE! And maybe some day the band will repeat it and you’ll have a chance to listen to it live and experience the power of music! 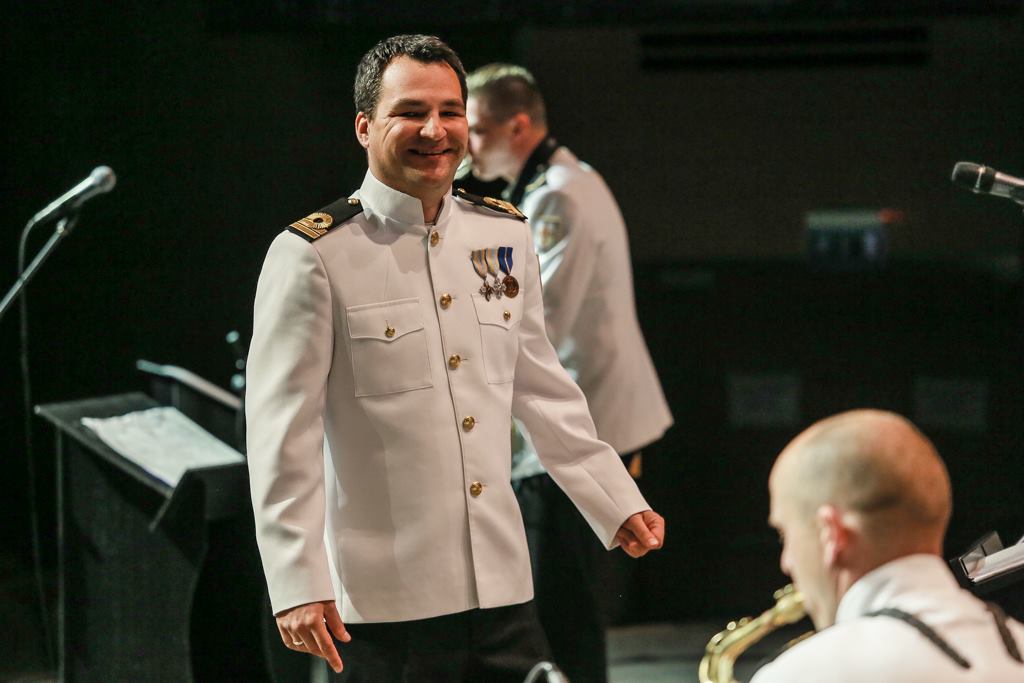 Tell me about this program «Folk song»?

It is a concert that consists of folk songs! (Laughs)
It was created specially for the Armed Forces big band. The songs included into the program were selected in a way to ensure that the whole repertoire would be the one that the musicians love, so we made a questionnaire, where the band members listed their most favorite ones. Actually, every time we work on a program, if there are no certain requirements, if we can freely choose the compositions, then we do it together through a discussion. I come forward with my own suggestions, we talk about it. It’s a good thing to hear other opinions, to gather ideas, you can use them or not, in any case — it’s a process. Then it’s up to me to put the whole program together, but we brainstorm together quite often. Same thing happened with the «Folk song», and there, as we all know, are a lot of them, and a lot of beautiful ones! Then which ones should we pick? Each musician has suggested one that is closest to the heart, because they are the ones who were going to play the music after all, and the songs that received the most votes were selected.

The arrangements were done by a very sought after composer, arranger and flutist from Lithuania — Rimantas Giedraitis, he writes for the National Symphonic orchestra, wind orchestras, big bands, small ensembles, does the instrumentations, arranges… It wasn’t the first time we’ve worked together, and this time the result was more than satisfying. Of course, his vision of these folk songs, maybe a fresher one than ours. We live in our country with our experiences, memories and visions on life, and he has his own, so his approach was from the point of the melody, of the sounding of the words, of the harmonies. I like it. We like it. We also gave him the opportunity to listen to how we play it, he shared his opinion on how he envisioned certain parts, how we should play certain things, because as a composer (or in this case — arranger) he has his own view on the matter. But we’ve also done our part, suggested some things, played something we felt was better, so that it would fit us better and so that the stories would be told easier.

If you want a short description of the «Folk song» program, I would say that it is love towards your land, your country, your people. It is an invitation to the listeners to remember our values and to depict them in a different way, not like we’re used to receive this kind of information.

The program was played several times before the Jazz Day, right?

We had quite an active concert life as soon as the arrangements were done. We’ve had some concerts here and there, then we gave it a rest and played something else. But we had a chance to revive it this year, to play it again with a new attitude, with new emotions thus giving it a newer sounding.

The songs are very popular, but you play them in a very different way, in an unusual one… How do people react when they hear it?

It’s always a bit of a challenge — to dare to play something this well-known, this classical value in a completely different way. People don’t always and readily accept something new. The result… It was intriguing. But if you don’t just play music, but present it with a story that goes along, then the listeners react in a positive way. A lot of things are easier to understand through feelings, not just the music, but the story behind it. You also have to plan a program in a way that would be interesting and challenging for musicians, because if they are bored by it, the listeners won’t like it. The feelings and the chance to be free. Jazz music, its pulse, rhythm, there’s that freedom — in this music.

So, you’re also telling stories during the show?

Yes! I also host the show! I’m keen on talking to the listeners, to establish some additional contact with them. That thought appeared when we chose this program, when we received the arranged tunes, we worked through it, figured out the concept, that’s when I got the idea of what I want to say, what the message should be about, and I realized that it can’t be only through music. So I don’t feel shy to use my words in addition to the music!

And the message is: everything that we do nowadays is planned out, we know how things should be done, how to love the nature, how to honor Latvia, how to conduct relationships with our parents and other people. But where does this knowledge come from? We learn something in school, but where does it take roots? Folk songs have it all, and when we carry this information through generations we are wise and clever, and all in all an amazing nation, that goes forward in life, and I think that one of the reasons we do so well is that we get this knowledge from the history, from the ancient times, when people knew what they were doing and were able to survive until now! 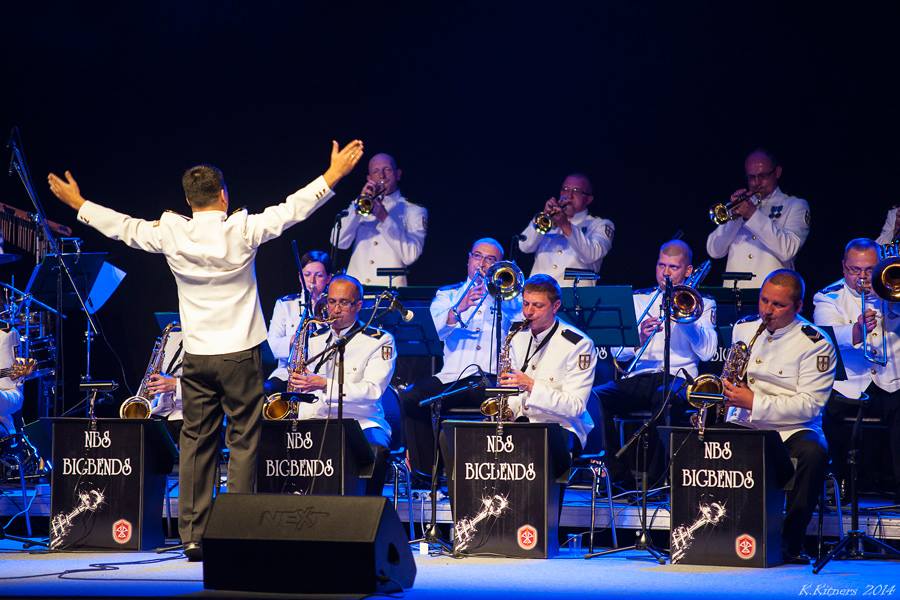 Knowing our history, we were able to survive through some really nasty times. I’m interested in our history, what people went through, and I’m proud of my ancestors! That place where we live now was concurred by different countries and nations. That time they were peasants, craftsmen, soldiers, vendors, but also healers that took care of people, mages who were able to predict the weather or occurrences, and they passed their knowledge to their students without spreading it amongst ordinary people, because everyone had his job and didn’t really need to know everything. And when the hard times came, 11th or 12th century, it became clear that this system couldn’t go on because of how many enemies there were, that this knowledge would disappear, it was encrypted in the tales, legends, folk songs. Going through the centuries people who were supposed to know that, they were able to decrypt this information and pass it along. Those who couldn’t obviously weren’t meant to receive this gift, and it’s ok that it’s not for everyone. Maybe it’s quite a big thing to compare, but Vikings had runes, I think our folk songs are something similar to them. Every folk song has a tiny piece of truth in it, morale, value that has survived until today. I like to think that we are where we are now because we have our folk songs.

Do you think that people miss the folk songs in their lives and in the sea of information that is available nowadays it’s harder to find morals, truth and values?

I agree, yes. But that information will reach the exact person who is looking for it, who needs it. Do Latvians need this information? Yes. Is it through a program that we make? Not necessarily, but maybe. In any case, the program is full of emotions and even some surprises!