Berta Moreno about her first concert in Latvia, playing with Latvian musicians and following your dreams

2017 Global Music Awards, 2016 Sidney Zolot (for excellence in music) and 2015 BMI/Evelyn Buckstein award winner, jazz saxophonist and composer Berta Moreno has become one of the most distinctive voices on the tenor among her generation. Berta’s strong personality is reflected in her unique dark and warm sound on the tenor and she is often defined as a thoughtful and precise soloist who knows how to choose meaningful notes and statements. She has been touring as a leader of her quartet in Europe for over 3 years, being awarded 1st prize at Zoetermeer Jazz Competition and 2nd prize nominated by the audience at Leidse Jazz Competition in The Netherlands in 2013. 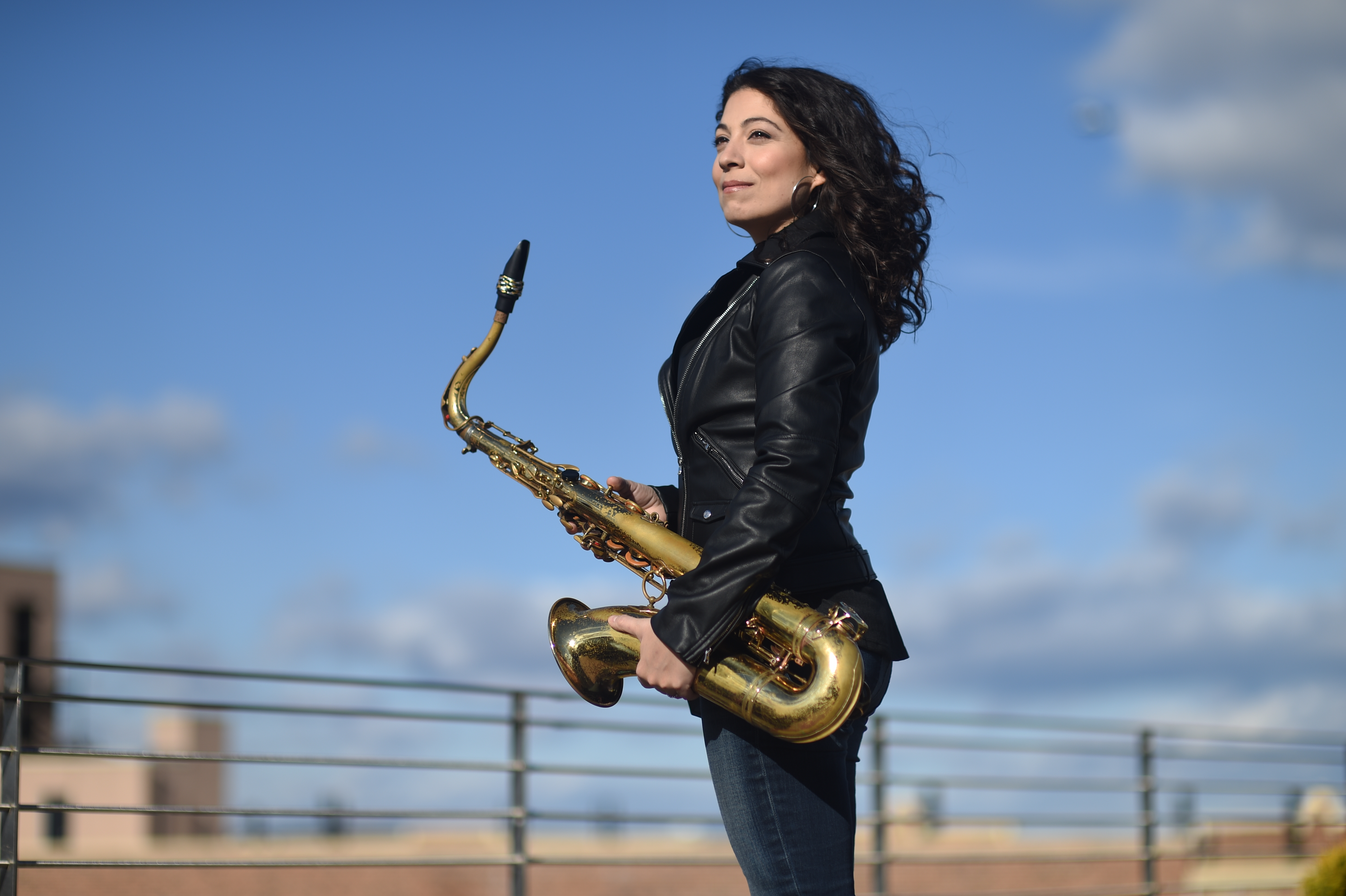 Is this your first time in Latvia?

Playing — yes. I visited 4 years ago with Maxim (Perepelica) to visit his family, but I’ve never played here, so it was my first concert in Latvia ever. One more is going to be in Liepaja, then we go to Ventspils, then we play in Jurmala and come to Ventspils once more.

The Ventspils concert is for the International Jazz Day Latvia. Before you came here, did you hear Latvia’s got jazz? What was your impression of it?

I’m actually checking it all the time — Maxim is from here, so we’re following on Facebook lives, concerts and news about here. He played here last year and then kept telling there’s a good level of musicians and jazz is coming out in Latvia, and he’s really happy about that. I was aware you guys are doing a good job promoting jazz a lot.

How did he pick Latvian cats to play with?

He knew them, so that helped, and I also knew Leonardas (Pilkauskas) from Amsterdam, we’ve played with him in Lithuania and took him here. The rest of the concerts are going to be with Toms Rudzinskis. We chose musicians we thought play really good, and their concerts were amazing. We came, rehearsed, did the soundcheck, and they nailed it. I’m really happy. 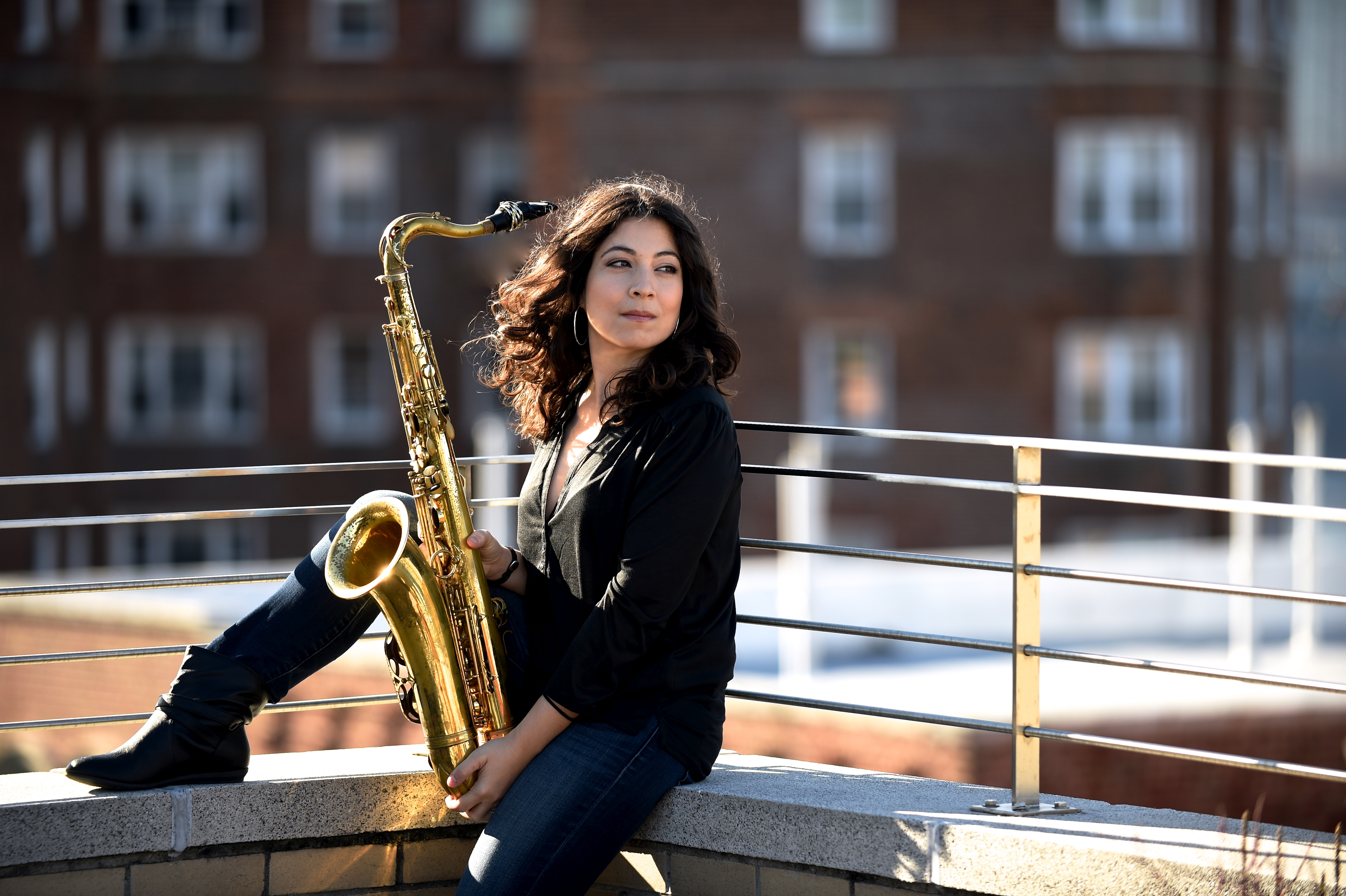 What’s your overall impression on musicians in Latvia, if compared to the US?

There is nowhere you can compare to the US, because it has the big names like Christian McBride or Chris Botti or Chick Corea or whoever else. But on the general level now all the musicians are travelling out of their countries and go to New York or other places for a while, they advance, play with different people, the level is getting quite similar. Playing with these musicians for me felt almost on the same level as New York — really high. So you are lucky to have those musicians with you here!

We are indeed! Please tell me about your music — what’s the main thing you associate with your album program?

Following a dream and a path of a woman in jazz. Women musicians trying to achieve the same kind of level. They don’t put it easy for us sometimes. This is how I had to go out of my country, from my family, make a move to the different countries. To get to playing in New York there was a lot of sacrifice, but a lot of joy as well. That’s kind of my personal path. It’s been almost 9-10 years since I’ve decided to become a musician. Some 8 years ago I left my country, first moved to Netherlands, almost 4 years ago moved to New York. Moving out of my house was kind of hard, but it’s bringing a lot of results.

Not to make it too personal, but what it’s like when two musicians make a life together?

Everyone asks me that. If we would be both saxophone players, it would be more difficult, but he’s a bass player, and we do a lot of gigs together as duos or collaborate with a lot of bands. It’s nice, we can always be together not to miss each other too much.

Women playing brass is not a very common choice.

It’s becoming more and more common, and I’m really glad because I think we need women voice in music, not that we have to be the only ones, but we have to be there. One of the things that makes me really happy is that after almost every concert I get a girl coming to me and saying thanks, I like it so much that a girl is playing saxophone. I like to inspire women stating — yes, we can do it too, what’s the problem.

What would you advise Latvian musicians — to stay and work in their own country or travel somewhere else to bring the name of Latvia abroad?

That’s a very personal question. I think you should follow your heart. If it tells you you need some experience outside, you should follow that, but always come back and give back. I felt I need to go outside, but I’m trying to go to my country quite often to give what I’ve learned and share it. Both options are good, as soon as you give. At the end, it’s about sharing.